The latest lowdown on the US leather market.

The well-respected and followed US cattle industry publication, Drovers, reported recently that US cattle producers are in the middle of an aggressive expansion. Just as severe drought from 2010 to 2012 reduced numbers to 60-year lows, record-high prices in 2014 and abundant moisture are encouraging ranchers to rebuild herds at an unprecedented pace.

USDA National Agricultural Statistics Service (NASS) reports that the US cattle inventory stood at 92.0 million head on 1 January 2016, a 3.5-million-head increase in two years and the largest total herd since the 92.9 million reported in 2011. Increases in the 2015 and 2016 inventories followed seven consecutive years of decline.

“Cattlemen have aggressively held back heifers for a few years,” says John Nalivka, president of Sterling Marketing. “Higher prices and cow-calf profits provided encouragement to do so at a fast pace.”

Nalivka’s analysis of NASS data and his own balance sheet comparing slaughter numbers with herd counts suggest expansion is happening at a record pace. “Beef cow slaughter totalled 2.3 million head in 2015. That represents 7.7% of the beef cow herd – the smallest percentage slaughtered since at least 1965,” he says. Reductions in cow slaughter and increases in heifer retention helped push the beef cow herd to 30.3 million head, an increase of 3.4%. This means producers should expect lower prices in 2016, even after a downturn in 2015.

“We are coming off historic highs in the cattle market, created by unique conditions in the global and domestic protein markets,” said Randy Blach, CattleFax CEO, in January at the 2016 Cattle Industry Convention and National Cattlemen’s Beef Association Trade Show. “Dynamics, specifically larger protein supplies, led to a significant correction in price in 2015. A large portion of the market downtrend is over now. However, the cycle shows prices continuing to trend lower in 2016, 2017 and 2018.”

Looking forward to what we anticipate to be price trends for the rest of March and into April, we are reminded of an old expression that says, “When March comes in like a lion, it goes out like a lamb.” This of course relates to weather, but we can also see some similarity with the current market in steers.

During the first week of March, steer prices rose $1–3 and more. The market was strong, or like a lion, and steer prices have risen since. Our impression, and we are not alone, is that the recent rally in steer prices was initiated and sustained by traders establishing long positions and/or covering shorts. This is reinforced by a lack of any apparent volume and less than keen tanner activity recently. In other words, there was little follow-through to the gains seen at the beginning of March. If the tenor of buyer interest in the coming week is similar, we could see lower prices even before MM&T at the month’s end.

What can change that? Better leather business for footwear than we are now seeing. While this is possible, it’s far from certain and somewhat doubtful. More trading/tanner buying? Possibly, but from a trader point of view, unless they can liquidate their long positions to a point where they want to replenish before Hong Kong, we do not foresee enough direct tanner buying to create any further strength.

The cow sector is another story. Given the general lack of buyer interest, especially on the more prodigious branded cows, our observation is that prices will have to decline further in order to tempt buyers to step back into the market. Dairy cows seem to be seeing less interest of late as well.

Are we expecting a significant decline on all hide prices? No, but at least in the case of steers, based on shoe leather demand such as it is in what is the busiest time of the year, we think that the recent rally, presumed to be caused by traders, won’t last beyond Hong Kong. In our view, prices will do well to stay steady and, market-wise, March will go out like a lamb. 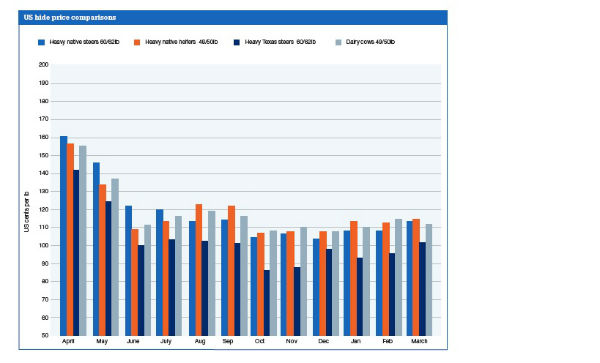 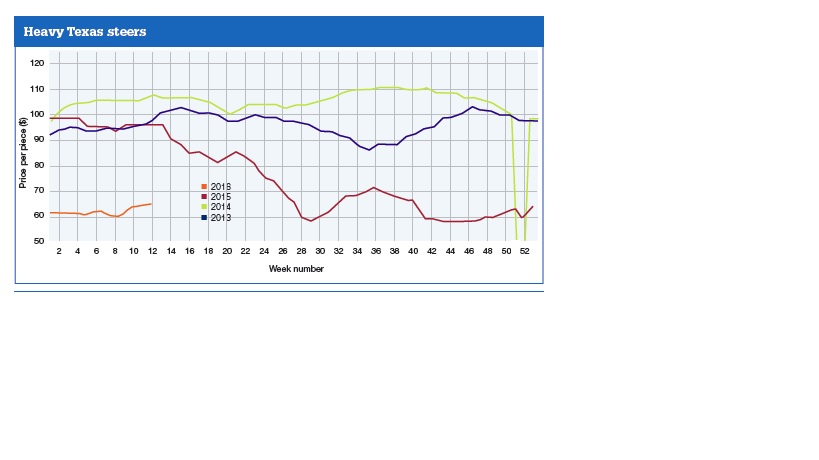 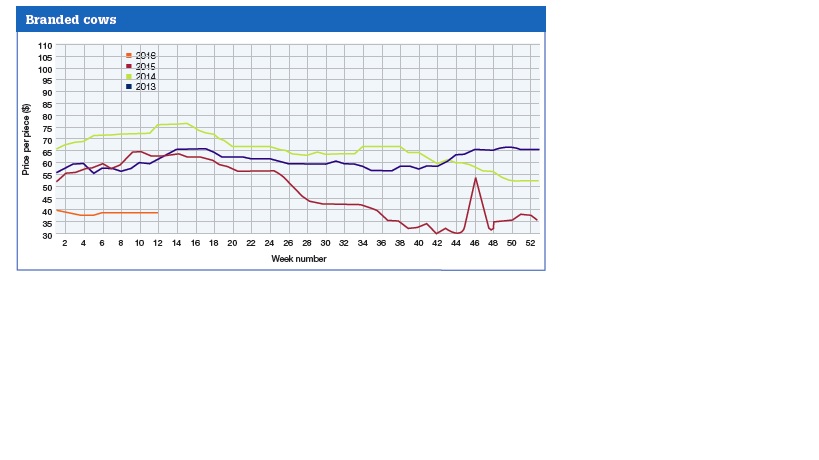 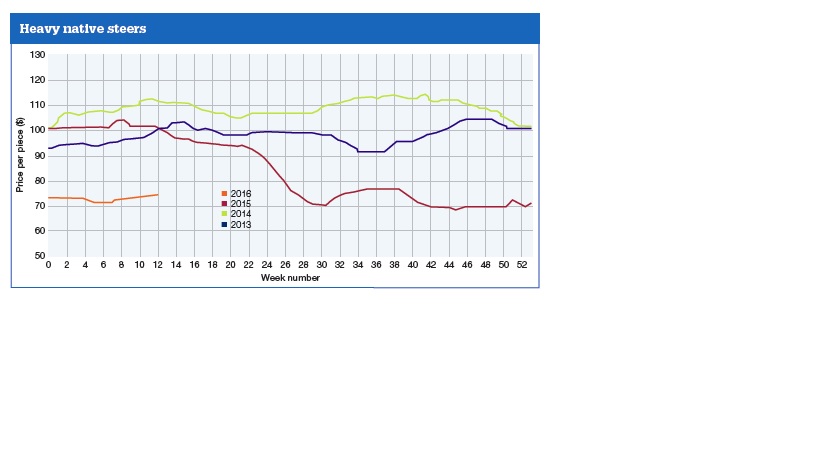 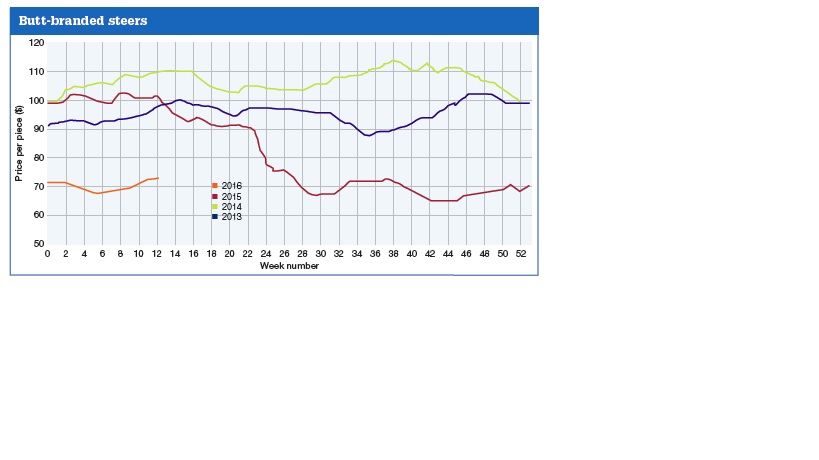