The key objective of UKLF is to actively represent the interests of the UK leather industry as a whole, through the auspices of a focused, authoritative and influential body.

Gilmour’s role will be to act as the external ‘face’ and spokesperson of the organisation, as well as taking views of the membership into consideration. In addition to representing and hosting UKLF events in the UK, he will also co-host the leather industry reception in Hong Kong with the Master of The Leathersellers’ Company.

Lang celebrates its 140th anniversary this year and Hugh Gilmour has been instrumental in the progress of the company, having worked there for 41 years.

The company, which was formed in Paisley in 1872, is the oldest manufacturing company in Paisley producing on its original site and employs 60 people.

‘I am delighted to have been elected to represent the UK leather industry at home and abroad and look forward to my new role with enthusiasm’, said Hugh Gilmour. 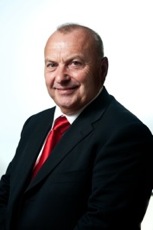