With a shifting landscape of free-trade agreements and the World Trade Organization, Stephen Sothmann, president of USHSLA and vice-president of ICHSLTA, asks whether hide and skin export restrictions could actually be illegal?

According to some estimates, more than 50% of the world's available cattle hide supply is subject to some form of export restriction, such as a ban on the export of the product in certain forms (raw or salted hides), controlled licensing regimes or prohibitively high tariffs. These measures are implemented largely for one purpose - to subsidise the domestic leather manufacturing industry by shielding it from the global hide market. If domestic hides cannot be freely traded on the global market, they are subsequently discounted to the benefit of the domestic leather manufacturers (and to the detriment of the domestic farmer or rancher).

The typical justification offered for these restrictions is a nebulous statement that it is permitted under the World Trade Organization (WTO) in order to support a developing leather industry.

But is that actually the case? Are hide export restrictions and tariffs 'allowed' under the shifting landscape of trade agreements and WTO dispute settlement? The answer may not be straight forward, but the international agreements and resulting disputes seem to be moving towards a more definitive answer in the negative. This is especially true following the recent 'WTO Dispute Settlement' opinion in the 'China-Rare Earths' case, which the global leather industry should become familiar with.

It will likely be the legal precedent on which any future disputes in this arena are based.

Before examining a specific WTO case, however, it is important to qualify what is regarded as 'legal' when discussing international trade obligations under the WTO or any other free-trade agreement (FTA). The agreements are signed by sovereign nations conferring benefits on each other in the form of reduced duties or quota elimination, for example. The agreements are only enforceable so long as all parties agree to play by the rules. There is no global supranational entity that can enforce a decision or award on individual governments when they act 'illegally' in the same way national courts are able to dispense justice on citizens or firms. Instead, if a government action is deemed non-compliant with the obligations of the trade agreement, the other countries have a mechanism and a right to remove some benefits accruing to the offending country under the agreement. This is usually in the form of retaliatory tariffs, and often the mere threat of retaliatory tariffs will be enough to motivate the offending country to remove the measure in question.

"What is considered legal under one trading regime may not be so under another, and that is assuming the entire system isn’t ignored altogether".

However, this system breaks down entirely when countries stop playing by the rules. For example, Russia recently banned the import of agricultural commodities from various Western countries in response to sanctions related to the Ukraine crisis. Does this import ban comply with Russia's trade obligations under the WTO? No. Is there much the WTO or any national government can do about it? Probably not. Russia stopped playing by the rules. Even if a WTO case was initiated and retaliatory tariffs imposed, the likelihood of satisfactory resolution for the impacted industries is slim while geopolitical tensions remain high.

The enforceability of international trading rules on measures found illegal is questionable. In short, even if hide export restrictions are found to be illegal under the trading rules, it may not actually matter.

Furthermore, while hide export restrictions may be illegal in the sense that they objectively violate trade obligations, they are only actionable if an impacted industry in another country is able to persuade its national government to bring a suit to the WTO. This is typically a question of that industry's political influence with its own government. It takes a lot of lobbying effort and resources by an industry to get a government to take action on a trade dispute. Again, even if the hide export restrictions are illegal, it may not matter if they can't be litigated.

But, setting aside hurdles related to enforceability and political capital, are hide export restrictions, in principle, illegal under the rules of the international trading system?

With regard to hide export bans, the answer is definitively no for the 160 WTO member countries. Article XI of the 'General Agreement on Tariffs and Trade (GATT) 1994', the primary chapter that covers trade in goods, requires all export prohibitions and restrictions imposed by a country either be removed or shifted towards a quantifiable export tariff. This means product-specific export bans, excessively burdensome licensing requirements, or any other measure affecting the export of a product must be converted into a reportable tariff. Bright line product export bans, such as those on fresh or salted hides, are clearly illegal under this provision.

Of course, there are exceptions to every rule, and this is where the various cases surrounding 'China-Raw Materials' and 'China-Rare Earths' are instructive for the leather industry.

"The typical justification offered for these restrictions is a nebulous statement that it is permitted under the World Trade Organization in order to support a developing leather industry."

This family of WTO cases deals with export restrictions China placed on certain minerals in which it controls the majority of the world's supply, such as tungsten and molybdenum. The restrictions included myriad export-chilling measures, including tariffs (which China agreed to eliminate as part of its accession agreement), quotas and licences. The minerals are essential inputs in a number of manufactured goods. By controlling the supply of the raw material and limiting exports, China forced manufacturing of those products to take place within its borders. It is an analogous situation to hide export bans instituted to force leather manufacturing to occur domestically.

Within GATT Article XI, the text states exports may be limited temporarily to prevent or relieve critical shortages of food or products considered essential to the exporting country. These are safety mechanisms built into the agreement to allow national governments the flexibility they need to respond quickly to relieve situations of extreme drought, natural disaster or other exigent events. The terms in this exception have been defined very narrowly in the 'China-Raw Materials' cases. While the DSB found that the exception can apply to restrictions on essential inputs for an important domestic industry, such as hides is to leather production, the application of those export restrictions must be "on a temporary, and not indefinite or permanent, basis". Therefore, even if a hide export ban can be justified as an essential input to a domestic industry, the restriction must be removed at some later point.

The GATT also offers broader general exceptions to all of its rules in Chapter XX. In the 'Rare Earths' cases, China tried to invoke these exceptions to justify its mineral export restrictions, but the DSB was not persuaded by its arguments, nor would it be persuaded if the exceptions were invoked to justify hide export barriers. There are three primary exceptions under this chapter that relate to raw materials, and thus are dispositive for hides:

The first exception is not applicable to hides and skins because they are renewable resources. New hides are produced every year. Exhaustible resources in this context typically relate to oil, minerals and other truly exhaustible commodities. This was the primary exception invoked by China in the 'Rare Earths' case, but is not applicable for our purposes. Furthermore, these restrictions must apply equally to domestic processing industries as well, which is generally not the case for leather tanning.

The second exception may be applicable to rationalise hide export restrictions, except that the restrictions must be applied temporarily and, critically, cannot lead to increased exports of the processed product abroad. A country cannot restrict the export of hides with the intent of increasing exports of finished leather and still satisfy this provision. There may plausibly be a situation where hide exports may be restricted for the domestic leather manufacturing industry if the finished leather and subsequent goods remain in the domestic market, but this is not the reality of today's global leather manufacturing industry.

The final raw-materials exception under Article XX offers the most imprecise and general terms, but still cannot be invoked to validate hide export restrictions. While it is arguable whether hides are in general or local short supply, especially in countries with large domestic cattle herds, the caveat language regarding the temporary application of the measure, as well as an appeal towards equitable distribution for all countries, would doom the argument before a DSB panel or appellate body.

The rules that govern the international trading system are multilayered, confusing and at times chaotic. What is considered legal under one trading regime may not be so under another, and that is assuming the entire system isn't ignored altogether. However, with regard to hides and skins export restrictions and the controversy they create in the leather industry, the rules, at least within the WTO context, seem to be fairly clear: hide and skin export bans, and some export tariffs, are illegal. 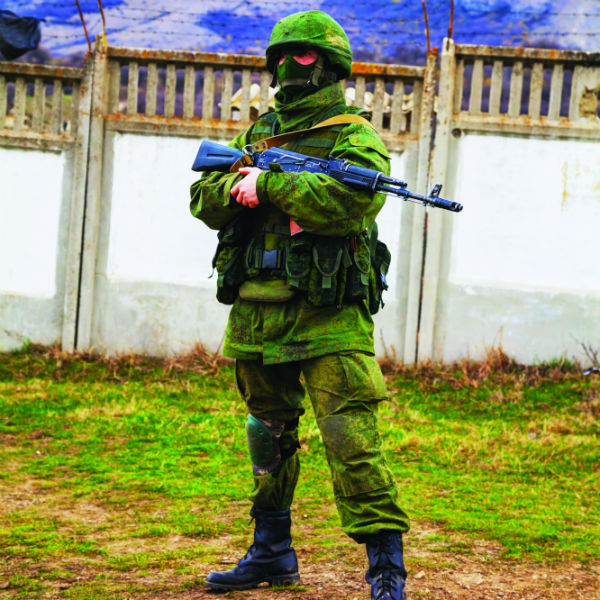 The crisis in Russia and Ukraine has affected trade sanctions. 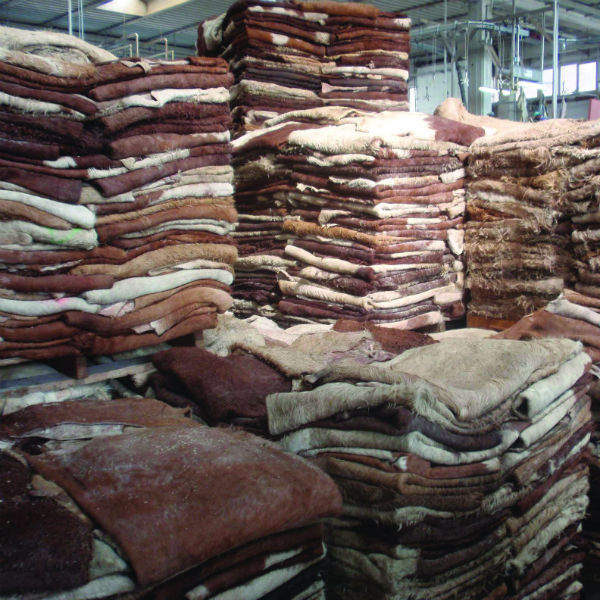 Over 50% of the world’s available cattle hide supply is subject to export restrictions. 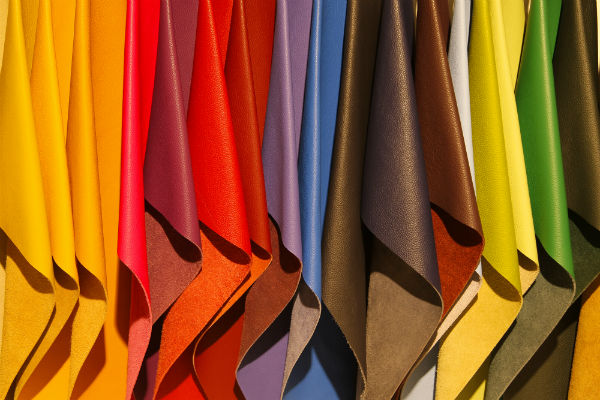 Is finished leather regulated stringently enough by the World Trade Organization?
Post to: