With an industry disrupted, Sam Setter tackles the effects of the Coronavirus (Covid-19) pandemic on trade fairs and travel across the globe in this latest Limeblast.

The leather industry had an usual number of trade fairs planned in the first semester of this year, starting with the Pakistan Mega Leather Show (PMLS) in Lahore, then we had the India International Leather Fair (IILF) in Chennai, followed by Lineapelle and Simac. The Pakistani fair was abandoned by the main tanneries and only 15 exhibited against 40 last year. It now depends on the chemical manufacturers and not on the leather manufacturers. The Indian shows were reported to have attracted good visitor numbers and said to have shown some initial positive signs for the leather industry. In March, the doors should have opened in Hong Kong for Asia Pacific Leather Fair (APLF). In June, there will be a new entry, the Pan African Leather Fair (PALF), which will be held in Cairo on 21–23 June, followed by the Shoe and Leather Fair in Guangzhou, Vietnam, on 15–17 July, and Indo Leather and Footwear on 28–30 July in Jakarta, right before the holiday season. It was all planned, but there is a new unexpected and uninvited entry called Covid-19, which is seriously interfering with the planning not just of the leather industry but of the complete global economy.

The first two shows went through the eye of the needle because too little was yet known – or published – about the virus, whereas now, at the time of writing, the picture we are getting is quite unpleasant in terms of casualties and of the time necessary to develop medication and vaccines. The question for future fairs obviously is becoming ‘to be or not to be’. To go or not to go? The worst position these days is that of fair organisers and, in particular, the organisers of APLF, who are geographically in the hot seat in Hong Kong. I wouldn’t like to be in their shoes at this moment.

The figures speak for themselves

To get some perspective, in the US 1.25 million people die each year in traffic accidents, which calculates to some 3,300 deaths per day. Worldwide, 400,000 people die every year of malaria and your simple flu claimed 61,200 lives in the 2018–19 season. Nobody is getting really excited about this, unfortunately. Therefore, Covid-19 should be nothing to panic about either, though it is a virus and hence can spread ‘easily’ from person to person if not contained.

One needs to keep in mind that SARS appeared in November 2002 and that epidemic lasted until July 2003. It affected 26 countries and about 8,000 people were infected, and 774 people died. By mid-February 2020, more than 80,000 people had been infected by Covid-19 and more than 2,500 fatalities were reported. These figures warrant reflection, because they will regretfully increase at a daily rate, with the WHO director noting that this may be the proverbial tip of the iceberg. In little more than a month, Covid-19 exceeded the contamination and casualty figures of nine months of SARS, and the pandemic has still to peak out. Cases will continue to present themselves for weeks, if not months, to come.

In groups that are isolated, infected people can surface one at a time every two weeks – which is the apparent incubation time – and each time one person emerges infected the whole isolation period starts all over again. Just look at the exponential daily increase of infected people on board the cruise ship Diamond Princess off Yokohama, Japan, and you will get an idea of the problem. The only comforting statistic is that the mortality rate of SARS, almost 10%, and Covid-19, about 2.5%, shows that SARS was far more dangerous.

Not so much fun for the fair

What we know for sure is that gatherings of large numbers of people need to be avoided, and fairs are on the list of such gatherings. The Shanghai Grand Prix in China has been postponed, but the Shoe and Leather Fair has been confirmed for the moment from 2–5 June. How many will have the courage to attend this fair, even if Guangzhou is not really next door to Wuhan? The problem is the uncertainty and the unknown. Now imagine this scenario: you have a slight fever, nothing to do with Covid-19, and you arrive at any airport, your body temperature is measured and signals you have a fever. You are immediately put into quarantine until you test negative for Covid-19. It now depends on where you are: Europe, Asia, Africa… Nightmare stuff if you are in the wrong place.

The first fairs on the fence were MICAM, Lineapelle and Tanning Tech, which were held in Milan in the second half of February. There was definitely a drop in visitor numbers due to travel restrictions on one hand and caution on the other. There were noticeably fewer Asian visitors and virtually no mainland Chinese visitors, as Italy has banned all scheduled flights to and from mainland China for the foreseeable future.

Meanwhile, the APLF organisers have announced a new date of 1–3 June for the fair, which now overlaps with the Shoe and Leather Fair. Even if the airlines resume flights as per schedule (Air France announced that it thinks its will be operating their usual schedule to China again by the end of February) – which I think is unlikely – and even if the virus is contained and conquered in a few weeks from now – which I also think is unlikely, considering what happened with SARS – then I can still hardly see people queuing for Hong Kong for whatever business, fairs included, in the short term. Cathay is not generating confidence either, closing down its whole operation and sending some 25,000 collaborators home on unpaid leave. The biggest dilemma for the PALF organisers is still, in my opinion, whether postponing to a later date this year was the right decision, or if they should have skipped the 2020 show and worked for 2021. Are we sure that in June things will be back to normal? They might have to reschedule again. On the other hand, APLF, or its baby PALF, could become the first major fair to be held after the Covid-19 pandemic. Who knows?

The effect on optics

Fairs in general have proved to be traditional events, which are linked to specific dates or periods. Dates have been very carefully chosen to fit with fashion seasons and weather conditions. APLF is organised by the end of March for very specific market reasons. Moving any fair that has traditionally been held in a precise time frame a couple of months forward just for one show seems rather challenging to me.

First of all, in this case, we have no idea when Covid-19 will be conquered and travel restrictions will be lifted. Second, a fair of the calibre of APLF is – in the mindset of its participants – situated in the month of March, give or take a few weeks, but moving it to a different season disconnects with that mindset and also with the market requirements that are closely linked to the March APLF. Although there is no doubt that the professionals at APLF will organise the June fair just as meticulously as its original March version, there may be a perception that it will be a sort of do-ityourself job, a quickie, rather than the usual top-job. I may be wrong, but I think people will reason like this.

The Covid-19 pandemic is an ongoing event. Economists are worried about the effect the virus will have on the world economy. Like all other industries, the leather industry will be affected as China is indisputably the biggest actor in our value chain. The optimism expressed after IILF of a comeback for leather may not be reflected in actual results, but then also the plastic shoes, which are mainly produced in China, will not have a great time either. The supply of leather items may shift, at least temporarily, out of China, and countries like Korea, Vietnam, Indonesia and also Europe may take advantage of the Chinese absence. One thing is sure, Covid-19 is definitely adding to the sales problems of the leather industry and there is nothing we can do. We have to sit this out like everybody else.

Sam Setter’s views are his own and do not necessarily represent those of Leather International. 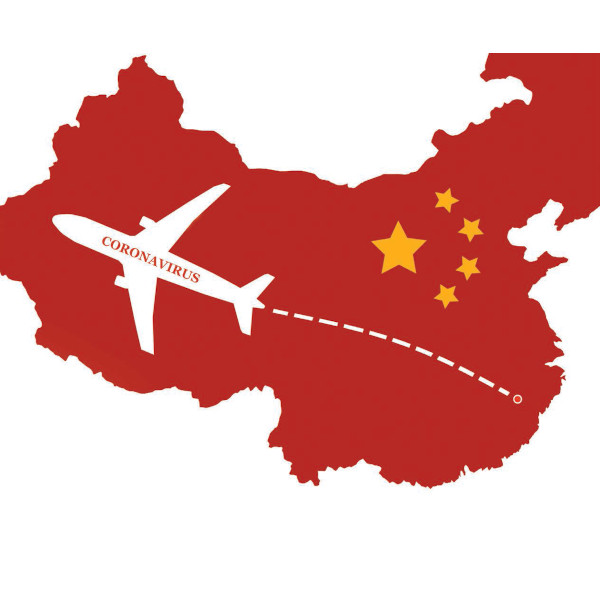