After starting the year in a much more optimistic state, the outlook for the hide market became murkier with the arrival of the prolonged Coronavirus crisis. In the third week of February, the situation was still uncertain and much of China had yet to return to operation. On the supply side, slaughter continued at high levels, and with sales slow, hide stocks were starting to build and producer positions erode.

Trading in heavy Texas steers was still low before the crisis took hold. Prices had been as high as $28 for seasonal weights, but had dropped by as much as nearly $5 in some cases. Sales ranged between $23 and $27, with the spread mainly caused by the individual customer, ability to take shipments and volumes purchased. Branded steers, also known as Colorados, were selling as low as $22, a decrease of $6 from the previous highs.

After positioning itself well in the latter half of 2019, the cow sector also saw its positions decline thanks to the situation in China. Before interest had essentially dried up, branded cows lost some ground, selling at around $6 for seasonal average weights of northern-type material. Dairy cows were also lower, selling around $20 for good quality selections.

For wet-blue, January weekly export sales averaged 215,420, which is up 26% over December’s average. Weekly average wet-blue export shipments were 111,860, down 5% from December.

According to the Leather and Hide Council of America, US cured cattle hides exports in 2019 were down by 13% in volume and 30% in value compared with 2018. Significant growth was seen in exports to Vietnam, Ethiopia, the Dominican Republic and the Bahamas. Wet-blue shipments in 2019 decreased by 23% in volume and 20% in value. Italy was the largest buyer by value, totalling more than $122 million in 2019. Vietnam and China were second and third.

The latest Cattle report issued by the USDA confirms that cyclical herd expansion in the US is over, according to Derrell Peel of Oklahoma State University writing for Drover’s. The total inventory of all cattle and calves on 1 January 2020 was 94.413 million head, down 0.4% from one year ago. The numbers indicate that, while cattle inventories have stopped growing, no major liquidation is under way. The beef cow inventory is 31.3 million head, down 374,000 head or 1.2% lower year-over-year. The peak beef cow inventory for 2019 was 31.7 million (revised down by 75,000 head from the previous report). This means that the total herd expansion in this cycle was an increase of 2.73 million head from the 2014 low of 29 million cows. That is a total cyclical expansion of 9.4% or an average of 1.9% per year for the five years of expansion.

Cattle and calves on feed for the slaughter market in the US for all feedlots totalled 14.668 million head on 1 January 2020, says the USDA. The inventory was up 2.1% from the 1 January 2019 total of 14.368 million head. Cattle on feed in feedlots with capacity of 1,000 or more head accounted for 81.5% of the total cattle on feed on 1 January, up slightly from the previous year. The combined total of calves under 500lb, and other heifers and steers over 500lb outside feedlots at 26.4 million head was slightly below 1 January 2019. Calves born during the first half of 2019 were estimated at 26.4 million head, down slightly from the first half of 2018. Calves born during the second half of 2019 were estimated at 9.71 million head, 27% of the total 2019 calf crop.

A change in events

As we noted last month, a landmark event for the start of the year was the signing of a ‘phase one’ trade agreement between the US and China. Now, however, the media have reported that the Trump administration expects the Coronavirus will throw a wrench into the deal, delaying the export boom. Still, on 6 February, China’s Ministry of Finance announced that it will halve retaliatory tariffs on hundreds of US goods worth about $75 billion in trade. Retaliatory tariffs on some US goods will be cut from 10% to 5%, and others from 5% to 2.5% starting 14 February 2020. Some hide and leather products were included in the list, but the import codes covering most US hide exports were not included in this round of tariff reduction.

The price levels we report here indicate how industry sentiment shifted to bearish in February after many months of stability and optimism. Once again, a major issue not directly related to the hide or leather business is affecting our market. On the heels of the trade war with China, now the Coronavirus crisis and its far-reaching effects are threatening to chip away at the progress made in the hide market in 2019. Although initial conversations expected that the challenge would be to keep prices steady, the situation has shifted to one of keeping hides moving.

Even before the Chinese New Year, sales for the first weeks of the year were not as healthy as most would have liked, despite the better demand that helped keep prices steady or better for the latter part of 2019. Now, after the usual diminished activity that typically surrounds the Lunar New Year period, we added the Coronavirus situation to the mix. This has essentially taken our largest customer out of the hide market for an unknown period of time.

US Market in Review
Hidenet‘s flagship report, established in 1975, covers the recent cowhide prices for all major selections. US industry news and market predictions for hide prices are also regular features.
Hidenet 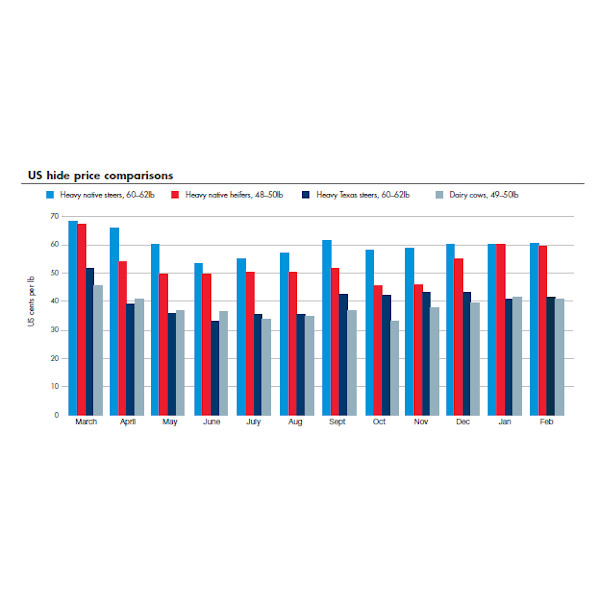 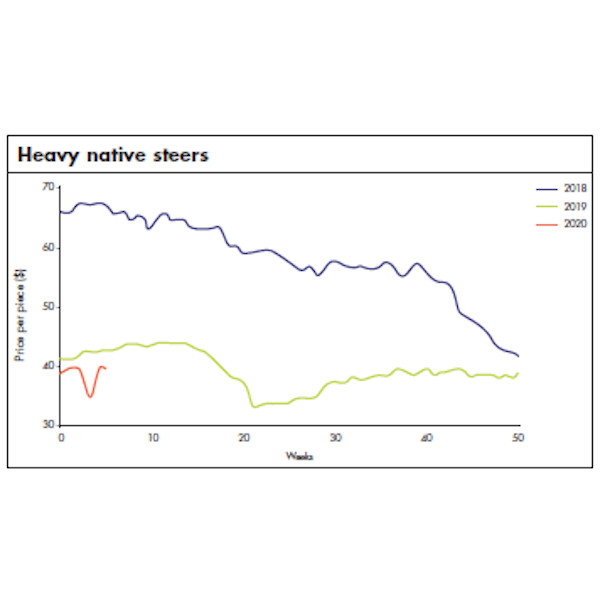 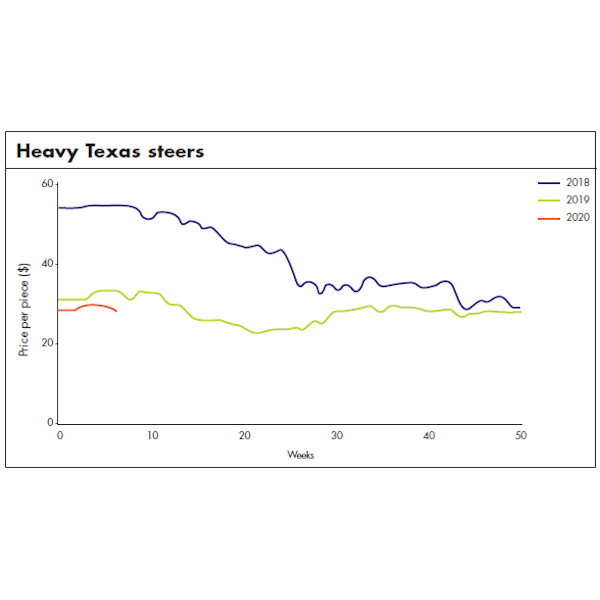 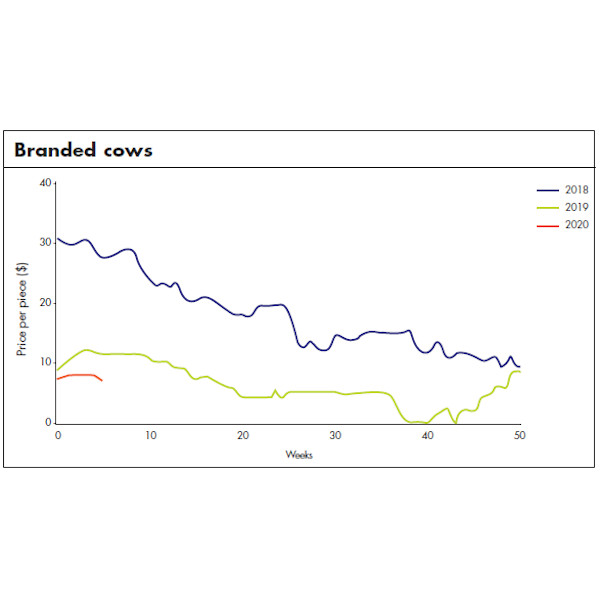 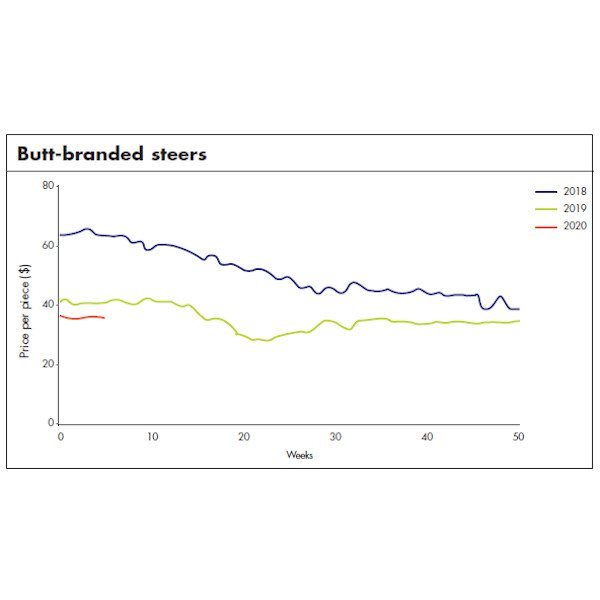