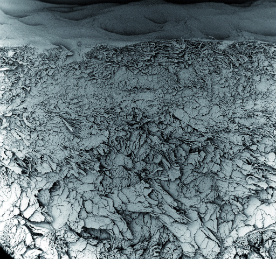 The demand for organically tanned leathers is a global trend that continues to gain momentum. The past few years, in effect, have seen major tanning groups, and especially the big brands using their leathers, challenging scientists, researchers and technologists to fundamentally reconsider the methods used to tan leather and to provide the industry with alternative chemistry and processes.

As a result, the industry has probably seen more innovation in the immediate past than has been seen since the introduction of chrome tanning over a century ago. It would be fair to say that the first fundamental advance, the EasyWhite Tan system, was presented by Clariant at the 2010 ACLE exhibition in Shanghai. This innovation was acknowledged and acclaimed by the judges of the prestigious ICIS Awards in 2011.

Since then, there has been an ongoing programme of technical development and refinement as more experience, knowledge and understanding of the system has been gathered in practice. This experience has helped to provide further input on how to work with the different types of leathers and challenges which might appear during their production and has been gained during the start up of commercial production in different regions of the world, with various types of raw material (hides and skins), for a great variety of articles and under totally differing conditions.

Although the chrome-free EasyWhite Tan process was originally developed for the tanning of automotive leathers, during the early stages of promotion and application we recognised that the potential of the system was not only to produce excellent automotive leather, but its chrome-like character made it the ideal starting material for the production of a very wide range of articles, including shoe upper, garment, upholstery and vegetable type leathers.

The process consists of a one step tanning system and, compared with the conventional three steps, it means that the pickling stage is no longer necessary and basification has been made redundant. This provides the platform for a more reliable and constant process, coupled with more consistent quality of the final leather.

The absence of the pickling not only provides decisive advantages from an environmental point of view, but it is also highly beneficial from the physical point of view in so much that it provides an upgrading effect and increases utilisation of the hides.

For the environment, no pickling and basification means (compared to traditional processes):

The salt reduction is achieved by omitting the pickling stage and the addition of salt. Less water is needed as no dilution of chemicals is necessary and the system does not need any additions of organic or inorganic acids. Moreover, the water needed during tanning and washing can be easily recycled for reuse during the early stages of the leather making process. The process does not need regular controls and can run almost automatically until the end of the tanning cycle. This in turn reduces the use of energy and allows for a very flexible production schedule. Chemical usage by number and weight is also reduced, simplifying stock control and reducing the actual chemical stock inventory.

We have learned to appreciate these differences and, when combined, give a real upgrading of the hides. During conventional leathermaking, the pickling always creates a slight swelling of the fibers, but with EasyWhite Tan, this is not the case as the fibers remain flat and compact, resulting in a much finer grain and flatter flanks and necks.

These compact and flat natured fibers deliver a clear explanation for at least 20% higher tear strengths in the final leather (depending on the thickness of the articles it may be much higher), as EasyWhite Tan leather shows more leather fibers per mm thickness. In addition, it is this very compact nature on the grain side that works as a "bridge" above the veins making them invisible or at least much less visible and this in itself provides a remarkable upgrading effect (see pictures above).

The combination of these characteristics results in a measurable upgrading of the final leather. The EasyWhite Tan leathers can be used to produce a wide range of articles including automotive, shoe uppers, handbags, upholstery and garment. Depending on the choice of retanning system, they can even show vegetable or chrome-like characteristics.

In addition, after tanning and shaving, the choice to continue on as metal free leather or to retan them with low offers of mineral tanning agents may be made, with no detrimental effect to the final leather. The possibilities are vast.