M Fakhrul Alam, author of ‘The Science of Leather Manufacture’, reveals why the raw hides and skins industry in Bangladesh continues to suffer following Qurbani 2019.

Over the past three years, tannery owners in Bangladesh could not export half of their annual collection of raw hides and skins. Every tannery is fully packed with wet-blue leather; the central effluent treatment Plant (CETP) is working with 90% efficiency and there is no tannery eligible for Leather Working Group (LWG) compliance certificate.

Hence, branded companies from Japan, the US and Europe are not importing leather or leather products from Bangladesh. LWG auditor M Vishawnathan from Chennai, India, visited Bangladesh in April this year on the invitation of Salman F Rahman, private industry and investment adviser to the prime minister. He visited the CETP of Savar tannery Estate, Apex tannery, Bay tannery and others, and suggested to them how to get the LWG compliance certificate for all tanneries in Bangladesh.

As a matter of fact, the tannery estate authority, the Bangladesh Small and Cottage Industries Corporation (BSCIC), cannot start the construction work of a damping yard for solid disposal, as selected sites for a damping yard still remain vacant. For chrome management, BSCIC has to construct a central chrome recovery unit, which is still not functioning. All tanneries of Bangladesh need to adopt cleaner technology in leather production and modify all existing liming drums to suit the Hair Save unhairing and liming system. A specific project is needed to improve the environment control situation as well. As for tannery pollution control matters, UNIDO helps most of the South Asian countries except Bangladesh because UNIDO cannot cross the limit of bureaucratic administration there.

The drastic fall in leather export earnings and rawhide prices during the Eid ul-Azha seems to be the result of the government’s failure to set up an industrial park, even after 16 years. Initiated in 2003, the 200-acre park in Savar is yet to complete the CETP, while the work of its dumping yard has not yet been started. Surprisingly, the authorities concerned have not yet handed over deeds for the selected land pieces to a single tanner. Stakeholders of this industry said rawhide prices have decreased for the past three years and this year the price has hit rock bottom. Abu Yusuf, development studies’ teacher at Dhaka University, commented that there is a “lack of foresight in constructing the leather industrial park”. Usually, tannery owners pay dues to the rawhide merchants during Eid ul-Azha, and then the traders start buying rawhide and supply it to the tanners.

Tannery owners said that as the amount of export money dipped and they could not manage borrowing from the banks, they failed to provide sufficient money to the merchants. During this Eid ul-Azha, people were seen throwing raw hides on the streets because they failed to get a fair price. In spite of this fact, Bangladesh imported finished leather worth nearly $111.18 million in fiscal year 2018–19. Renowned foreign branded companies do not purchase leather-made goods from Bangladesh as the industrial park is not environmentlly friendly there. So, local footwear manufacturers like Apex Footwear, FB Footwear, ABC Footwear, Bay Footwear and at least 10 other footwear-producing industries in Chittagong Export Processing Zone import finished leather at $3.50/ft2 from abroad to make products including leather footwear. But in a similar manner, Bangladeshi tannery owners are now exporting cow and goat crust leather below $1 and finished leather not higher than $1.5/ft2. Being a non-recipient of an LWG-rated certificate is one of the main reasons for this low price of leather in Bangladesh.

“If the said leather industrial park had been environment-friendly, we could have to consume all available domestic raw hides, because all branded and reputed buyers can import our leather and leather products from Bangladesh,” says Abdul Momen Bhuiyan, deputy managing director of Apex Footwear. “We could even get the opportunity to bring all processed leather into leather products and can avoid the export of crust finished leather. But we can’t.”

Only three years ago, local factories used to export leather goods to European markets but today there is no scope.

Momen added that international non-government organisations (INGOs) allegedly wrote to the reputed buyers and branded companies about the environmental pollution situation in Bangladesh, and then it brought an end to the export sales of domestic leather to the EU market. He also said China had been the top buyer of Bangladeshi crust finished leather. Crust and finished leather exportation slipped further following the US’s imposition of tariffs on China. As the US-China trade war intensifies, sometimes Bangladesh gains and sometimes it loses in the export business with China. In leather business with China, Bangladesh always loses in pricing and when export volume to China increases, but decreases in foreign exchange value.

Momen says Apex Footwear has its own tannery unit in the factory premises and maintains it from wet-blue to finished leather as per the LWG compliance system in order to make very high-quality leather footwear, and can export to the EU and other countries, because the company has a LWG gold-rated certificate but has to import wet-blue leather from abroad with traceability.

“If the said leather industrial park had been environmentfriendly, we could have to consume all available domestic raw hides.”
Abdul Momen Bhuiyan, Apex Footwear

He expects the Bangladesh Government to take proper initiatives to overcome the situation and if the industrial park had been made environmentfriendly, leather products including footwear might have been exported directly from Bangladesh to the European and US markets. Bangladesh will enjoy a boom in leather footwear exports in the near future if all tanneries in the country can gain a LWG compliance certificate.

The leather industry is the second-largest export commodity in Bangladesh. The estimated target for exporting leather and leather products including footwear was set at $5 billion for 2021, but that is now considered ambitious by business leaders considering the sharp decline in exports in the past two years.

Meanwhile, the local tannery owners add that many buyers from India and Japan left Bangladesh.

“China is now our sole buyer,” says Shahidul Islam, director of Maizdi tannery. “They are taking advantage of the situation and offering very low prices. We purchased 45,000 pieces of raw cow hides after the previous Eid ul-Azha where half of it still unsold.”

The tannery industrial park in Bangladesh at a glance

On 3 October 1951, the Bangladesh Government shifted the leather industry from Narayanganj to Hazaribag. As the authorities failed to develop any waste treatment system (CETP) there, nearly 25,000m3 of tannery effluents were discharged into Buriganga River every day. Reportedly, the government launched a project to build a leather industrial park in Savar at an estimated cost of Tk1.76 billion. Later, the cost was lifted to Tk10.79 billion. The work order for a common effl uent treatment plant (CETP) at a cost of US$70 million was issued on 11 March 2012.

Following a High Court order, the tanneries were shifted from Hazaribagh to Savar. A total of 156 tanneries had given plots of land. Of them, 140 tanneries have already started operations. Shakhawat Ullah, general secretary of Bangladesh tannery Association (BTA), said the crisis would not have happened if the progress made in the past six months was achieved earlier. Asked about the BSCIC’s responsibility for the delay, its chairman Moshtaq Hasan said the BSCIC is also responsible for today’s problems in leather exporting.

BSCIC, along with many others government bodies, showed their negligence as land requisition took a long time, despite the project’s inception in 2003. The waste treatment plant will come into full operation in December 2019, Hasan said, adding that the deed of the land will be handed over once the land prices are paid. Abu Yusuf, a Dhaka University teacher, also said a small organisation like BSCIC may not have the capability to build such a big industrial park. On the other hand, advanced thinking is missing in the building of the CETP as the plant has a refining waste capacity of 25,000m3.

“Once the industrial park goes into full operation, industry may produce waste of 38,000m3,” he added.

But if all Bangladeshi tanneries adopt cleaner technology in leather production, including the introduction of hair-save unhairing, the pollution load and quantity of effluent will be reduced, and the current CETP capacity would be enough. Bangladesh needs UNIDO guidance and help on CETP maintenance and training on cleaner technology in leather production, from soaking to finishing. 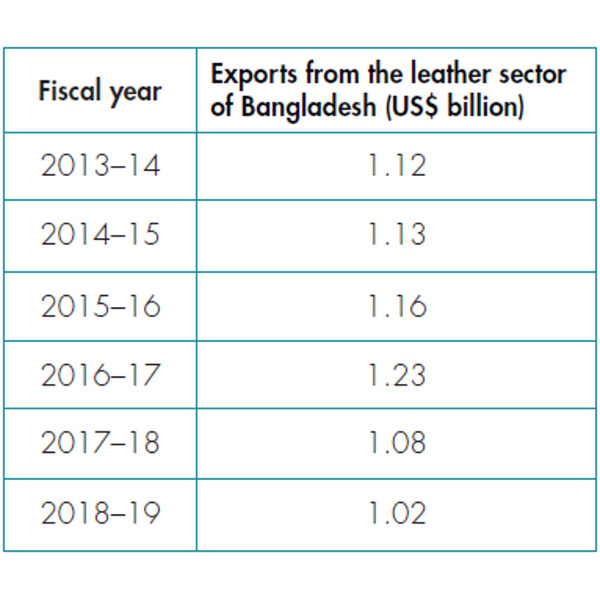 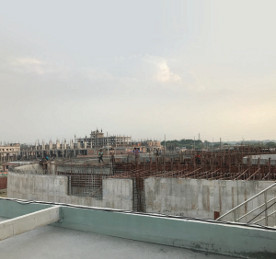 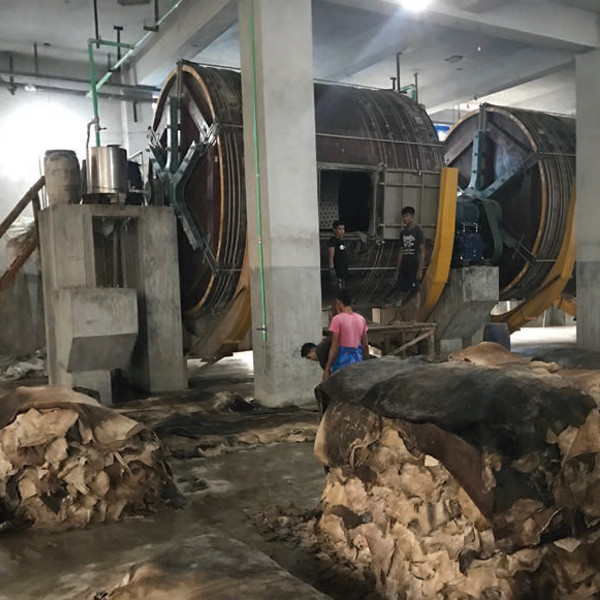