Stahl has topped up its product portfolio and expanded its workforce with the acquisition of BASF Leather Chemicals. CEO Huub van Beijeren tells Ross Davies why the deal is a natural fit for both companies.

Acquisitions aren’t completed in a day. Instead, they require a considerable degree of vetting, strategic groundwork and planning before a company decides to make a bid.

Stahl’s recent acquisition of BASF Leather Chemicals business is a case in point. While the closing of the deal may have officially gone through on 29 September, the growth strategy that enabled the former to make its move is more than a decade in the making.

“Stahl’s strategy from 2006 onwards has been to change its position in the supply chain from an ingredient supplier to a known and trusted partner for its direct customers, OEMs and brands,” says CEO Huub van Beijeren. “Part of its growth strategy is to expand its global presence in order to serve its customers even better via organic growth, technology acquisitions and partnerships.”

As part of the deal, Stahl has also taken on an additional 210 functions, as well as a production site in Spain. The group now has on its books 13 manufacturing sites, alongside 38 application labs spread across 24 countries.

“Stahl’s increased scale allows it to play a greater role and make a real difference in the industry,” says Van Beijeren.“The acquisition will lead to more sustainable innovations and an even more diverse product portfolio.”

Stahl is weighing up how best to integrate the BASF products now at its disposal. “Both portfolios will remain as they are for now,” says Van Beijeren. “Stahl will eventually create a portfolio that contains the best of both worlds. Since both parties have strong customer positions and portfolios, Stahl will assess how to further improve them. It stands to reason that respecting the relevant strengths of the two companies and the best interests of their clients will be paramount in this process.”

The deal gives Stahl a combined sales total of €870–890 million. BASF, in return, has received a 16% equity in its new partner, meaning it will effectively be absorbed. The fact that Stahl is a Dutch company, while BASF is German, will not throw up any barriers to successful integration, states Van Beijeren.

“Stahl and BASF are international companies, with employees from all over the world,” he says. “As a result, they are used to working with all kinds of people with different nationalities, religions and backgrounds.

“These differences reflect the world and make us even stronger in what we do. So we are very glad with our new colleagues joining the Stahl family.”

BASF’s environmental record was also a strong contributing factor in Stahl’s decision to acquire it. In a speech given before the opening of a new Centre of Excellence in Barcelona in June, Van Beijeren highlighted his company’s commitment to sustainability and transparency in its supply chain.

“Since Stahl and BASF share the same vision on sustainability and reducing environmental footprints, the fit was indeed natural,” says Van Beijeren.”

Stahl’s growth strategy is three-pronged, and is based on organic growth, technology acquisitions and partnerships. With a new year upon us, is it possible the company is already lining up any new moves?

“Stahl must first concentrate on integrating [the BASF division],” answers Van Beijeren. “This is a challenging job, but the organisation is ready for that.

“Once that’s been done, the company will be ready for the next step. When interesting companies share Stahl’s vision on sustainability and enrich its portfolio, the possibility of future takeovers will be always be considered.

“Stahl will always be interested in expansion whenever it adds value to the industry and its customers.” 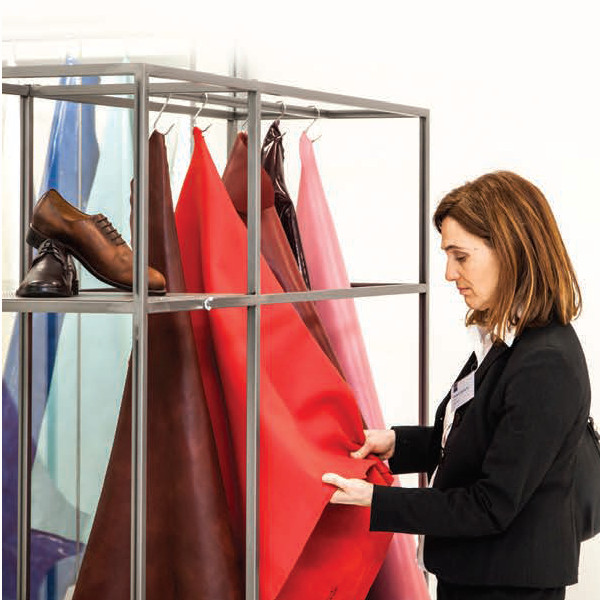