A strong contender – the 17th Shoes & Leather Exhibition in Vietnam

Although China continues to dominate the leather industry in Asia, Vietnam is on the rise as a country attracting more attention. This year’s Shoes & Leather Exhibition – its 17th edition and held at the Saigon Exhibition and Convention Centre (SECC) – saw a dramatic increase in scale. Leather International was at the event to see the reaction and get the latest stats on this growing sector.

On 15-17 July, Vietnam held the 17th edition of the Shoes & Leather Exhibition at the Saigon Exhibition and Convention Centre (SECC). The fair was well attended with pavilions from the always-present Brazil, Italy, Thailand, Hong Kong and Taiwan, but also with individual stands from a surprisingly large number of countries.

The tanneries exhibiting were few, but the shoe manufacturers and shoe machine manufacturers were many. It was surprising to see which tanneries from the various leather-exporting countries are interested in Vietnam. The fair is dominated by Chinese companies - some with a direct representation others with a Vietnamese joint venture or collaboration partners.

Leather is exhibited alongside synthetic materials and professional visitors were estimated -over the three exhibition days - to exceed 1,500, but there were also the usual classes of schoolchildren. Visitors from the Western hemisphere were not many, perhaps only numbering a few hundred.

Contacts were made, but whether business was done remains to be seen. Language is still a barrier and the available interpreters still have to get up to speed with leather terminology.

The SECC is an excellent venue with ample spaces, internet and lots of light; however, restoration could be improved. The fair is a regional event similar to the Pakistan Mega Leather Show, but definitely more focused on the Asian market.

Covering 9,000m2 of exhibition space, together with 381 exhibitors from 27 countries and regions, Shoes & Leather Vietnam continues to be the central exhibition in Vietnam for the shoe and leather industries, and this year recorded a growth of 60% compared with last year's show.

First time for everything

Pavilions exhibiting for the first time, like the Hong Kong Innovation Pavilion and Istanbul Chamber of Commerce, have shown their strong confidence towards the growing Vietnam footwear market by occupying prime exhibition space, and sending a message that the Vietnam footwear market will be one of the world's main players in the future.

Overall, the potential for Vietnam's future in leather production cannot be overstated, especially if it joins the Trans-Pacific Partnership (TPP), the proposed trade agreement between many Pacific Rim countries to enable better economic policies and reduce trade barriers. Vietnam's GDP, in particular, could feasibly increase by $35.7 billion, or 10.5%, by 2025 if it joins the TPP, which will translate into a greater demand for floor space for next year's show. 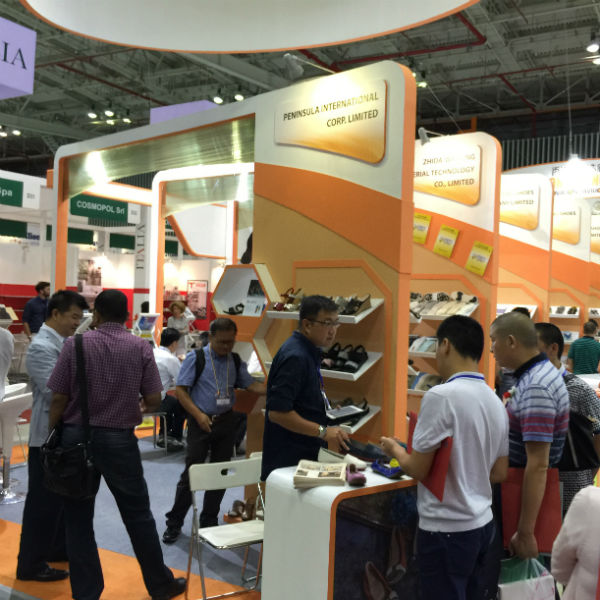 Shoes & Leather Exhibition is a dedicated international trade show in Vietnam for the footwear and leather industry, and offers an array of products.
Post to: