An air of optimism prevailed at Indo Leather & Footwear 2019 – which this year took place on 4–6 April – with an estimated 12,500 visitors descending on the Jakarta International Expo in the heart of the Indonesian capital.

The 14th Indo Leather & Footwear, the annual international exhibition for leather and footwear machinery, manufacturing technology, materials and services – otherwise known, for brevity’s sake, as ILF – was held a month earlier than usual on 4–6 April at the Jakarta International Expo (JIExpo).

Also, this year’s ILF was in an adjacent hall at JIExpo, which was more spacious than the one used in previous years and offered more room for growth, as Eveline Polana, marketing manager at event organiser Krista, explained. They did, however, turn the air conditioning all the way up so it was just as refrigerated as it has always been.

After the opening ceremony, complete with traditional dances, speeches, promo videos and a military-led ribbon-cutting ceremony set to the Star Wars theme, it was all business on the floor, where Pakistan, Malaysia and Taiwan accounted for the majority of the delegation numbers.

Pakistan, for instance, had 20 delegates, who were present to show support for, and commitment to, its free-trade agreement (FTA) with Indonesia, which stipulates that for five years there will be no duty on imported leather from Pakistan or on imported goods from Indonesia. Amanullah Aftab, managing partner of Karachi-based Hafiz Tannery, was very optimistic about the expo and the partnership with Indonesia through this FTA.

“There is very good quality goods from Indonesia and we see great benefits with this FTA,” he said.

However, Gruppo Mastrotto Indonesia’s sales area manager, Peter (many Indonesians go by only one name), said that because this year’s expo was staged earlier than last year’s, it fell just a few days before the general election in Indonesia, which made potential buyers more tentative than usual.

“It is not good timing this year with the elections, so investors are being more cautious and waiting to see what the results are before making any big, long-term commitments,” he said.

He added that although the second day was an improvement on day one, it was poised to fall short of the success of last year, with the timing of the elections playing a big part.

Federica Tempestini of Cuoificio La Querce tannery, which specialises in leather outers for footwear companies such as Chanel, Cole Haan and other independent artisan outlets, said that neither the change in hall nor the elections made a big difference to the experience this year.

“There is plenty of demand for our products for us to be here,” she said.

ILF 2019 showcased quality domestic products and a high degree of competitiveness in terms of technology for the leather and footwear industry, covering semi-finished leather, finished leather, hides and skins, exotic leather, components and accessories, footwear and tanning machinery, chemicals, leather goods, leather furniture, accessories and more. And, according to data from the Central Statistics Agency (BPS), the leather industry, leather goods and footwear sectors in Indonesia experienced their highest-ever growth in the second quarter of 2018, amounting to nearly 28% on an annual basis. This growth is said to drive the large and ambitious manufacturing industry by 4.36% year-on-year. For this reason, ILF 2019 arrives as a complete platform at a positive time since it increases the potential to create various business opportunities for all exhibitors and visitors, despite the wariness born out of the elections and what might transpire.

Governmental support also helps to ensure that ILF remains a strong focal point for the South East Asia region, which continues to experience growth and potential, with belief that is backed by local Minister of Industry Airlangga Hartarto, who is optimistic about the performance of Indonesia’s footwear exports in the coming years.

According to reports by local news agencies, Hartarto stated that 2019 footwear exports are expected to increase to $6.5 billion this year and reach $10 billion in the next four years.

“Indonesia has signed the CEPA [Comprehensive Economic Partnership Agreement] with Australia and the European Free Trade Association [EFTA]. This has the potential to expand the export market for our manufactured products,” he commented to Antara News.

The footwear industry is one of the main pillars of the Indonesian manufacturing sector and contributes significantly to the national economy. According to local sources, this is reflected in the growth of the leather industry cluster, with leather goods and footwear recording a significant increase of 9.42% in 2018, compared with 2.22% growth in 2017.

According to the latest edition of the World Footwear Yearbook, Indonesia was the fourth-largest producer of footwear in 2017, with a 4.6% share – equivalent to 1.083 billion pairs – and the sixth-largest exporter, with a share of 1.5% of the world total (217 million pairs of footwear). In 2017, its exports set a new record, reaching $4.8 billion. 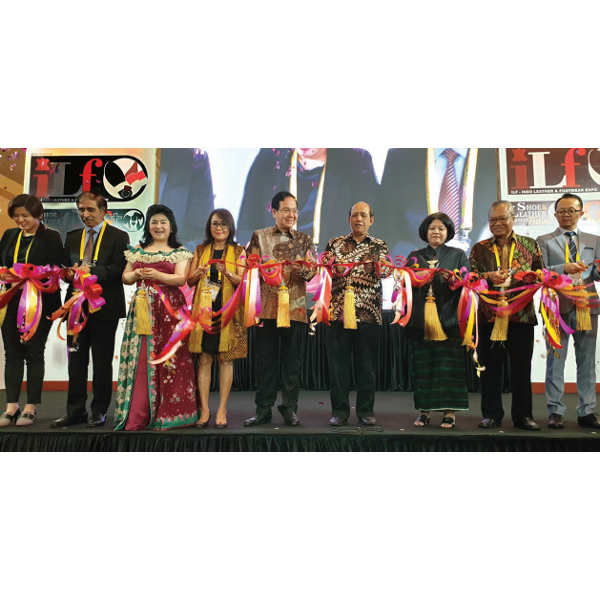