The next Lineapelle, in Milan on 4–6 October, looks to build on the work done at the previous edition, which offered a glimpse of a more buoyant future. Leather International prepares to head to Italy at a critical juncture for the European leather industry.

For those used to Première Vision and Lineapelle being held virtually on top of each other in Paris and Milan respectively, in February and September, and in New York in January and July, there is a bit of respite for the upcoming edition.

The 4–6 October slot for Lineapelle raised a few eyebrows when the dates were announced, but overall, the shift been well received warmly by buyers and tanneries. While the weather might not be as warm as during the usual autumn show, early October in Italy is still a privilege to experience.

More than 1,100 exhibitors of leather, accessories and components from more than 40 countries will exhibit their winter 2018/19 collections in the vast halls of Fieramilano Rho. The three-day February show – which included the annual Tanning Tech machinery expo – attracted 770 Italian and 428 foreign exhibitors, with 44 exhibiting and 110 visiting countries, and the organisers of the forthcoming event will hope to surpass these figures.

Open to all manufacturers of leather, leather goods, accessories and components (heels, soles and so on), the core of the exhibition is its trend areas, which will display thousands of the latest samples provided by exhibitors. Collections will be aimed at the footwear, leather goods, clothing/gloves, furnishings and automotive markets.

This edition aims to build on the success of the February Lineapelle, at which the global leather industry had a chance to discuss the evolution of the sector’s current complex economic situation, leading to ideas upon which the future might be built.

It noted an impressive increase in visitors from Germany, China and Russia, the markets of which all had a particularly hard time last season.

The exhibitors came away from the shoe with a very positive impression, thanks to the way in which negotiations were managed, and a select, more product-focused clientele, who brought with them lots of genuine interest and plenty of quality.

This edition aims to build on the success of the February Lineapelle, at which the global leather industry had a chance to discuss the evolution of the sector’s current complex economic situation, leading to ideas upon which the future might be built.

These factors led to hope that the market might be about to turn around after a 2016 that was characterised by ups and downs.

This momentum carried on after the show finished, and it will hopefully carry on into this edition. 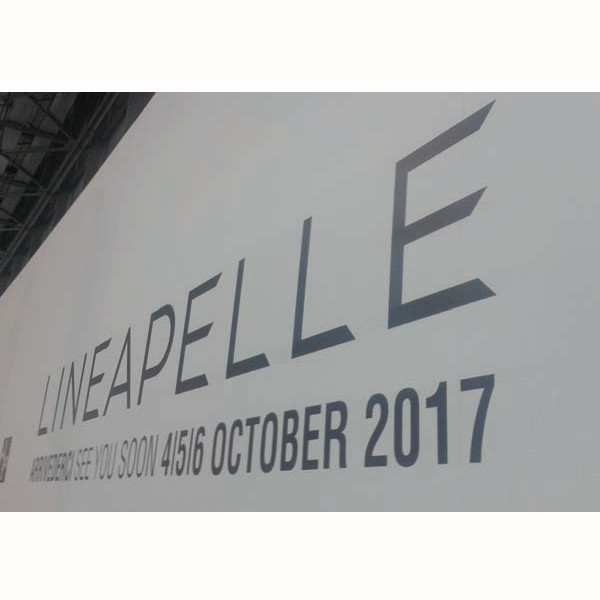 The autumn show hopefully heralds the arrival of a more stable international market.
Post to: