Bouncing back - the resurgance of Pittards

Having reacquired its purpose-built tannery in Yeovil, UK, leather manufacturer Pittards is in a strong position to meet today’s evolving market demands. CEO Reg Hankey explains how the purchase will help the company expand and maintain profitability in the long run.

In June 2015, the UK-based leather goods manufacturer Pittards made a heartening announcement: it had purchased back its purpose-built tannery in Yeovil, Somerset, which had been sold off eight years ago during turbulent financial times.

The Sherborne Road tannery, which was built in 1964, had been an integral part of operations for several decades. By the mid-2000s, however, the company had incurred a deficit in its pension scheme and was forced to sell off the factory as a means of repaying the debt. The sale and lease back was completed in July 2007, to the tune of £3.1 million, with Pittards agreeing to an initial annual rent of £254,000 per annum.

It was not until this year that the opportunity arose to repurchase the premises. With the help of a £2.1-million funding package, provided by Lloyds Bank Commercial Banking, the company regained ownership of the freehold.

The move has been billed as opening new pathways for Pittards, giving it the freedom it needs to expand. While the tannery was initially built to the company's specifications, Pittards' operational requirements have changed with the times and only through owning its premises can it respond fully to consumer demand.

"Tanneries are very special factories in the sense that obviously we have a lot of capital equipment - we're very capital intensive in terms of dye drums and environmental treatment plants, for example," explains Reg Hankey, CEO of Pittards. "So owning your own treatment plants is really important to tanneries, more so than other types of operation where things move around very easily, particularly given licensing and consent issues. Owning the premises going forward gives us tremendous stability, and an opportunity to further develop the site and operational facilities."

The company will be looking to build upon what is a proud heritage in the industry. Based in Yeovil - long renowned as a centre of leather and gloving - it started life in 1826, when Charles Pittard began operating as a local leather dresser. Its reputation for quality leather remained intact throughout the 19th century, and was boosted at the start of the 20th century when it started to employ novel skins and hides.

Over the successive decades, innovation gathered pace. During the Second World War, Pittards produced the 'pilots' leather that made gloves for RAF servicemen, and became a protected industry as a result. In the 1950s, the company created the first guaranteed 'washable' dress leather, and in the 1980s it developed the water-resistant WR100 leather, which led to collaborations with sportswear labels such as Titleist/Foot-Joy.

This was followed by the world's first stain-resistant glove and clothing leather, the first performance leather linings, and the first specially designed leather for cleated sports footwear. The latter was designed in collaboration with Puma, and was worn by a third of all players in the 1998 football World Cup. Then, as now, the mission was clear: to use advanced leather technologies to deliver optimally performing products to its growing client base.

Since the turn of the century, business has continued to go from strength to strength. While there have been various consolidations and shake-ups - not least the closure of its Leeds site in 2006 - the general direction has been one of growth.

In 2005, the company entered into a contract with the Ethiopian Government to manage the country's largest tannery, which employed around 1,500 people, followed by the factory's acquisition four years later. Pittards has also acquired the leather-goods-maker Daines and Hathaway, and since 2011, has designed a range of leather garments in-house.

Through regaining ownership of the Yeovil tannery, Pittards hopes to bolster its reputation as a leather manufacturer and a designer of leather goods.

"Although the company’s plan for the future is strong, there will undoubtedly be hurdles to surmount along the way."

"We have effectively two broad strategies," says Hankey. "One is to be able to continue to manufacture leather here in the UK and in Ethiopia, but the second part of our strategy is to make more finished articles, gloves, bags and leather garments. We produce those in Ethiopia and here in the UK, so we see growth for the business-to-business leather sales and for the consumer finished product."

Although the company's plan for the future is strong, there will undoubtedly be hurdles to surmount along the way. These are challenging times for leather companies, which need to remain resilient in the fact of changing regulatory pressures and shifting consumer tastes. Pittards will therefore need to keep a close eye on global patterns of supply and demand.

"The leather industry is a by-product industry from the meat trade, so because meat consumption is growing globally that is providing a growing supply of raw material," says Hankey. "However, demand for leather is also growing and you have this inelastic relationship between supply and demand, which affects pricing, so that is something we're watching very carefully."

This issue has come to the fore over the past few years, as hide prices have risen dramatically. While prices naturally ebb and flow, they are unusually high at present and this is likely to have ramifications for the industry at large.

"To some extent, you can pass part of those price increases onto the customer, who in turn passes them on to the consumer, but there comes a point where there is customer resistance to hide price increases of such a magnitude, and at that point design teams begin to substitute," explains Hankey. "You often see that suede becomes very popular, and then synthetics begin to substitute for leather and then hide prices begin to ease back a little bit - the market corrects itself.

"I do think that, long term, demand for premium leather is going to be greater than supply, and with that in mind we have to make sure we develop higher-technology leathers from the core leathers that we have."

With the need for increased innovation will come the need for a highly skilled talent pool, which brings challenges in its own right. While we hear a lot about the skills gap in leather craftsmanship, Hankey feels this gap is not the only problem at stake - there is a similar issue with recruiting the right people for supervisory and management roles. Pittards is working to address these issues in the UK and Ethiopia, through apprenticeships, training schemes and graduate development programmes.

It is also important to appease consumers as they become more concerned about the provenance of their goods. As companies like Pittards become more vertical in their operations, it becomes easier to validate the supply chain for end consumers.

"The purchase of Yeovil will give consumers more confidence on the supply chain side," says Hankey. "Not that that's a problem anyway as our brand is well established and we have excellent relationships with our suppliers. But knowing we actually own our primary factory again can only lend security to the supply chain."

In recent years, issues of this kind - along with sustainability and environmental stewardship - have fallen under the banner of corporate social responsibility (CSR). Hankey says that CSR is embedded in the way Pittards does business, starting with its treatment of its own employees and rippling out to the surrounding community.

As part of its work in Ethiopia, the company has implemented various initiatives to improve its employees' lives and facilities. It has introduced a recycling programme that stops contaminated salt being sent to landfill, and has an ongoing programme in place to enhance the effluent treatment options. It also develops natural resources such as bananas and mangoes on site, and works with the Born Free Federation to release animals back into the wild.

Change with the times

With regard to changing regulations, Pittards endeavours to stay highly involved in the consultation side. The company does not view stringent regulation as a bad thing, given that measures to tighten up behaviour and responsibility typically align with its own goals. That said, it is keen to ensure that new regulations and accreditation systems are properly designed.

"Sometimes you do get into situations where people are transposing regulations from another industry without thinking it through, and that's where the leather trade together has to work to inform the most appropriate suitable testing protocols for our industry," says Hankey. "We'd like to think we're part of that influence that takes the whole industry forward."

Looking to the future, Hankey feels the company will be well placed to meet the challenges it encounters along the way.

"We are very proud of our history and heritage but we don't depend upon it," he says. "The world is a very hungry place and you only survive as a company if you are at the forefront of what your customers need. If we can anticipate what our customer needs are before the competition, and provide it, then we have a strong future.'

"So that is our philosophy really: to provide better technology products, higher performance products, and greater consistency of manufacture and supply chain assurance in terms of all the CSR type requirements. That's our approach and we'll continue to provide it."

The reacquisition of the Yeovil tannery is certainly likely to help. 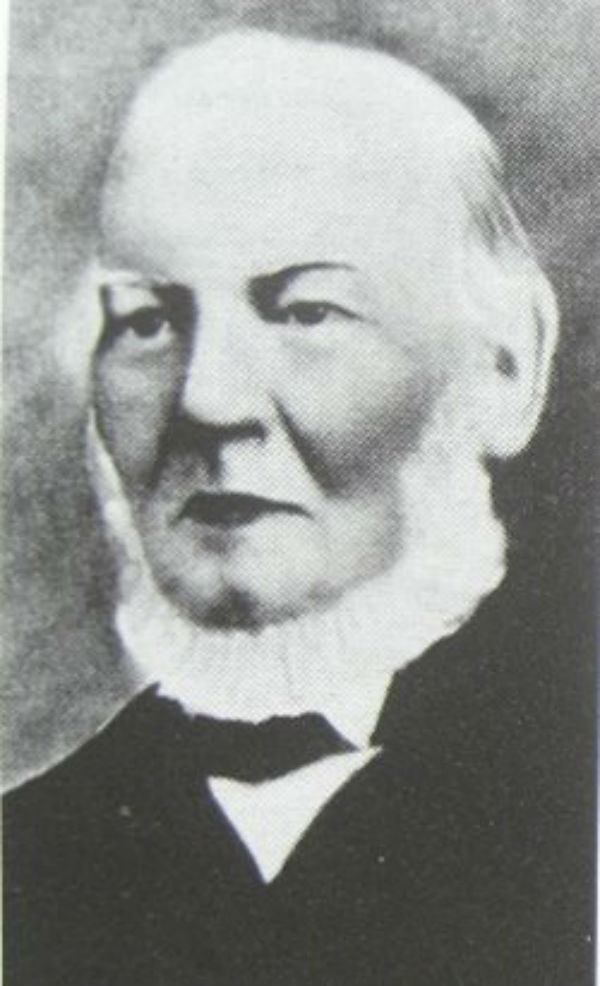 Charles Pittard was born in Martock in 1812 and first started working as a leather dresser in Yeovil in 1826.
Post to: