British Standards are the codes of best practice that improve safety, efficiency, interpretability and facilitate trade. They cover every area of life from technical guidelines for production processes in a wide range of industries to specifications for making things happen. British Standards is the national standards body of the UK and is responsible for facilitating, publishing, drafting, and marketing standards and related information products, and it provides organisations with leading-edge best practice solutions that represent and support the needs of UK business and society at home and abroad.

British Standard 5867-2:1980 (BS 5867-2:1980) describes the requirements for testing the flammability of fabrics intended to be used as drapes or curtains. Depending on the end use, the fabrics will endure various performance requirements, each of which are performed in accordance with British Standard 5438, Test 2. Once the type of performance requirement is determined, the test will decide whether or not a cleansing procedure is necessary. The fabrics will be tested in the machine direction and the cross direction. A significant factor is whether the part of any hole or the lowest boundary of any flame reaches the vertical edge or upper edge of the fabrics.

BS 5852:2006 replaced BS 5852:1990, which has now been withdrawn, and first looks at the criteria of ignition, and the health and safety of operators. It then explains the various apparatus, before focusing on smouldering ignition sources - such as a cigarette, butane gas flames and flaming wooden cribs. It also looks at ways to test for the ignitability of upholstery composites and complete items of furniture. The standard concludes with a final examination and test report.

Why test according to this standard?

The standard is used to assess the ignitability of material combinations, such as covers and fillings used in upholstered seating, when subjected to a smouldering cigarette or a match flame equivalent as ignition source. In the UK, all items of domestic upholstered furniture must meet the 'Furniture and Furnishings Fire and Safety Regulations 1988' with amendments. According to the UK furniture regulation, all interliners and cover fabrics that have been treated with a flame retardant shall go through a water-soaking procedure before testing.

Possible ways in which the standard can be used include either to indicate the potential ignitability of components in conjunction with other specified materials or where more specific information is required about design features are given in an annex to this standard.

The BS 5852 requirements specify that:

In the introduction to BS5852:1990, this document contains the test method and flammability requirements for upholstery composites exposed to ignition sources two to seven (see table, below). Each ignition source has twice the calorific output as the one preceding it. Sources two and three are butane flames (each of greater calorific output than that of the match source described in BS5852:1979). Sources four to seven are wooden cribs ranging in weight from 8.5g (crib 4) to 126g (crib 7).

Cover fabric is secured over filling material constituting the seat and back of a small chair. The test fabric dimensions are 1,100×650mm. Prior to testing, all fabric and filling material is maintained in an air-conditioned environment (in which temperature and relative humidity are controlled) for a specified time. The tests are also conducted within specified temperature and humidity ranges. The ignition source is placed in the centre of the rig. Events occurring after crib ignition are recorded; for example, time to fabric ignition, cover split and flame extinction. Once all flaming ignition has ceased, the filling material is examined for damage. The test method describes limits to length of time the assembly may burn and to the extent of damage that may be sustained by the filling. The test assembly is assessed against these pass/fail criteria and thereby judged to have complied or failed to comply with the test requirements. Each test is conducted in duplicate. Both replicate test assemblies must satisfy the pass/fail criteria in order to comply with the test requirements.

Considering flaming ignition, the fail criteria are:
escalating flaming combustion where it becomes unsafe to continue testing and requires forcible extinction
any specimen that burns until it is consumed within the test duration
any specimen where the flame front reaches the specimen extremities (other than the top of the vertical part) or passes through the full thickness of the composite
any specimen that continues to flame ten minutes after igniting the crib
debris falling from the test specimen causes an isolated floor fire that burns for more than ten minutes after igniting the crib.

These methods will determine the assessment of the ignitability of leather-upholstered seating by smouldering and flaming ignition sources. 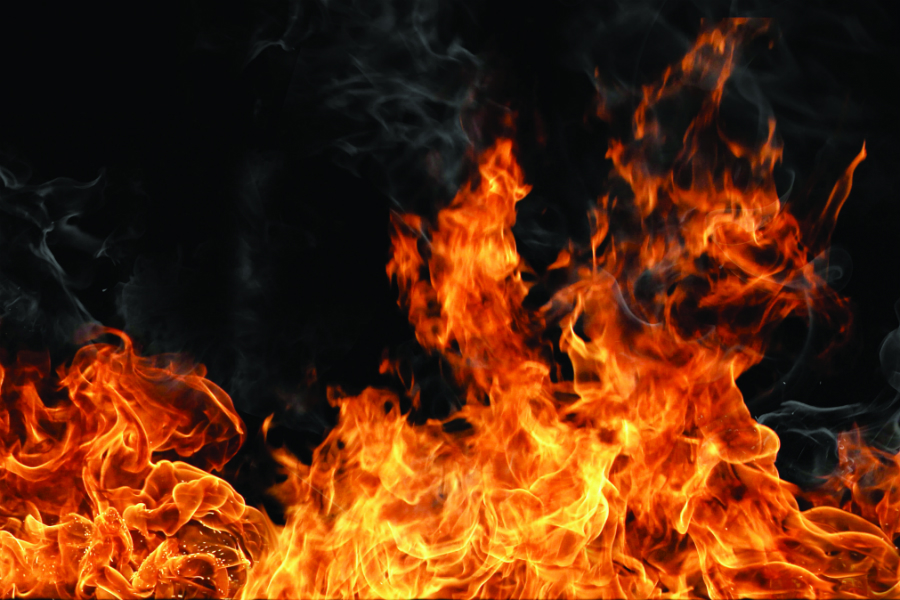 British Standards provides leading solutions to support the best needs of a company.
Post to: