Clarity in the cloud

Leather International headed to France under some early autumn sunshine to attend the Première Vision show in September. Despite losing some traffic to Lineapelle, the event provided valuable insight into leather’s role within the European fashion industry.

Première Vision, with its rather nebulous ‘Cloud of Fashion’ tagline, descended on the Parc des Expositions on the outskirts Paris on 19–21 September to offer a unique approach to clarity and cohesion for upstream fashion.

More than 1,960 exhibitors were expected to exhibit their autumn/winter 2018–19 collections, and in Hall 3, where the international leather specialist show was situated, there were 278 exhibitors – a slight decrease from last year – with 13 new ones from Italy, Spain and Turkey among others.

As a way of giving those new exhibitors greater exposure, they were all clustered together to attract as much foot traffic as possible, rather than having them dispersed, and therefore somewhat lost, among the established regulars.

Turkey was a shadow of its former self at the show due to a multitude of ongoing economic and geopolitical difficulties, though some tanners were there to keep up appearances. The loss of some other exhibitors is directly due to Lineapelle, which will take place in Milan in early October, where they would see the same customers as Première Vision and companies are looking to minimise overlap.

Despite its Italian rival, these shows are very distinct in terms of size and scope: Première Vision is mostly intra-European, whereas Lineapelle has a lot of Asian and global participation.

Also new for this year was the ‘Bag & Shoe’ manufacturing element, which was dedicated to trends in fashion and materials for the footwear and leathergoods market. There were about 15 exhibitors represented here, which was a fantastic start, according to show director Marc Brunel.

A choice selection of manufacturers and contractors specialised in these markets offered manufacturing techniques and knowhow to non-specialised fashion brands.

The new ‘Smart Square’, also in Hall 3, was a multimedia space in which exhibitors, designers, buyers and fashion brands could experience and visualise responsible values and innovations in the creative fashion industry, as well as explore the issues that motivated brands and consumers to make smarter choices in terms of environmental and social commitments. The main topics of discussion revolved around sustainability and the circular economy, and the common gropund for all the offerings.

Brunel was also encouraged by the visitor traffic on the first day, and how it carried through, creating talk and enthusiasm for the next Première Vision in February. It goes to show that in this business, you have to be one step ahead. 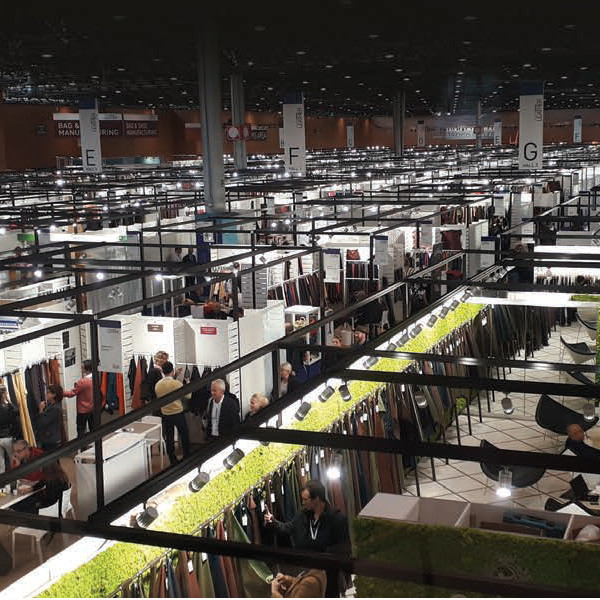