The leather industry for footwear is in a historical crisis as consumers shift towards a new trend for casual, comfortable trainers that depend on synthetic materials. Andrea Guolo examines how this shift occurred.

In 2013, some tanneries in Arzignano that specialised in footwear implemented a productive conversion to leather destined for leather goods. The reason was linked to price. In that period, leather goods were a good business, offering rewards for quality and marginality. However, in footwear, all the decisions were dictated by the rule of maximum discount. That was a sign of what would have happened in the next five years, with the increase in the share of alternative materials and the consequent decrease in finished leathers.

Today, as evidenced by the figures, leather for footwear is experiencing a historical crisis. Although it remains the main destination, its incidence is constantly decreasing. In Italy, for instance, which is the main European tanning country, the share of leather for footwear traditionally exceeded 50% of the total leather production, while in 2016, it represented 41.8%. The 2017 figure should be even lower, confirming a trend now constantly characterised by the ‘minus’ sign. Moreover, throughout Europe, the trend has been a decline in footwear and an increase in the automotive industry, while leather goods have absorbed a part of the loss suffered by shoes. What happened?

“This is not a trend. This is a fundamental shift in lifestyle, “says Peter Mangione, the managing director of Global Footwear Partnership. Mangione speaks from experience – for 29 years, he was the president of the Footwear Distributors and Retailers of America (FDRA). The US import data confirms Mangione’s vision. In 2010, the US imported 622 million pairs of leather shoes, while last year that number fell below 500 million. In 2017, the decline in leather footwear imports was 8% compared with a general increase of 2%.

The first two months of 2018 were not different: import of leather shoes fell by 2–3%, while the entire footwear category increased by 5%. According to some estimates, by 2021, imports will not exceed 435 million pairs.

“This is a fundamental shift, at least in the US,” Mangione repeats, highlighting the reasons that have pushed US consumers towards shoes made of fabric or synthetic materials. The main reason is the boom in leisure footwear, a comfort trend that, by its nature, requires other materials. In addition, there is a predominance of bright colours, which has helped to limit the use of finish leather, particularly for brown and black, compared with the alternatives.

Finally, we should not underestimate the benefit obtained by the big global footwear players in moving from leather to fabric or synthetic. This is not only for the old reason of the fabric’s cutting operations, compared with leather, which does not have a regular shape and involves important problems, but also for all the innovations related to the realisation of the upper with knitting processes.

“Certainly, Nike’s Flyknit technology and the similar Primeknit by Adidas – the two groups are facing a patent legal battle – has revolutionised the world of footwear,” emphasises Sergio Dulio, head of the research and innovation business unit at ATOMLab. He is a long course expert in footwear engineering. “The construction of a knitted upper allows the machine to perform the two most intensive work phases of the footwear production process; that is, cutting and sewing. The success of this technology among consumers makes us think that the trend is destined to continue, because the producers have every interest in making this happen.”

Peter Mangione goes a step further. “If we compare the traditional footwear with the one currently in vogue, from the point of view of comfort, there is no comparison. It seems they do not even have them on their feet,” he says.

“It is no coincidence that, recently, some big groups involved in traditional footwear filed for bankruptcy. Consumer favour has shifted from traditional shoes to sneakers. If in men, at least in the US, there has always been a certain favour towards a more informal shoe, the new fact has concerned the woman, who tends to abandon the classic shoe with high heels to embrace the leisure product. This is not a trend. This is a fundamental shift in lifestyle.”

Research and development has allowed fabrics and synthetics to make giant strides in terms of performance. In the field of the research, the most traditional footwear factories cannot have the same resources to invest; for example, Nike had a strong turnover in 2016–17 that amounted to $34.4 billion, when the entire Italian footwear sector, to make a comparison, was worth less than half. Nike, like other sports shoe brands, certainly has interest in supporting this step, in order to increase availability of raw materials, and reduce costs and problems in cutting operations.

“The threat to real leather is increasingly evident,” Dulio says. “And it also comes from several fronts: the prevalence of sneakers on the informal shoe, the simplification of the production cycle through the knitted upper and, finally, not to be underestimated, there is also the research in the field of genetically engineered leather.

“I refer to cases of animal-free leathers like Modern Meadow, which certainly does not offer the same performance as real leather, but we are just at the beginning of a process that will lead far. If I was a tanner, I would be seriously worried.“

One wonders, therefore, if the European and international tannery has been a little too quiet, in recent years, being strong in a dominant position and rocking the boom in luxury leather goods. “I would never say that in the world of leather there has been no research, especially in the field of breathability,” replies Dulio. “But certainly a little more inventiveness would put the tanneries in the condition to capture the threat, using the first countermoves. Now it is more difficult, because the speed with which certain materials are emerging in the world of sports shoes is getting faster. Furthermore, the boundary between sport and everything else is shorter.”

If it is true that, at certain levels of price for the consumer, leather still has no rivals, because a consumer who spends €800–1,000 for a pair of shoes is hardly willing to accept that they are made of synthetic materials, it is equally true that the biggest volumes are on a much lower band, between €100–250 for the consumer, and that same band that has been invaded by the sneaker with increasingly colorful and appealing products.

The prices of raw hides reflect this gap: the increase in supply costs of the best calves in the past two years, referring to Dutch and French origins, is offset by the collapse of economic hide, with the Brazilian TR1 halved in value from $1.35–1.40/ft2 to $0.80, according to some reports. Negative consequences were also felt in Europe in dairy cows, which in north Germany fell to a minimum since 2009. In this decrease, there is also the complicity of the low-end furniture, but it is the footwear that represents the first cause of the lack of use of cheap leather for the most accessible range of products, the one where the sneaker triumphed.

“The leather will come back, we can already see some signs of a reversal trend,” says Tommaso Cancellara, director of Assocalzaturifici and CEO of theMicam, the world’s leading trade fair for footwear, with a forecast that sounds like a hope for its category.

Italian footwear has not stayed to watch: several companies have converted leather production into rubber, and sneakers of big luxury brands are produced in Italy, just like their stiletto heels. But there is no doubt that a return to the traditional shoe would contribute to a revival of production that Italy needs.

“Millennials have another approach to fashion and a critical wave towards fast fashion is emerging. Less is more, so it is better to buy something less, but with higher-quality contents. Furthermore, the synthesis is opening up a reflection linked to the problems of pollution and sustainability from which leather, by its nature, has already been unmarked.”

However, among the most sensitive consumers, there is a different perception of these problems depending on the type of leather used, because bovine, sheep and goat skins represent a waste of the food industry, while for reptile or for other animals skins, the prevalent cause of slaughter is specifically linked to use in the fashion industry.

“The material will, however, be at the centre of the discussion, and if quality and sustainability prevail, European tanneries and shoe factories will be able to take advantage of it,” concludes Cancellara. However, this cannot be said to be valid everywhere.

As for the US, Mangione thinks differently. “There are certainly some people who consider sustainability and ethics as fundamental, but, in a market, this does not matter and has no impact. The brands that have focused on these issues have not risen from the ground,” he says. “In the US, people do not buy shoes for these values, people buy shoes for how they walk, how they feel and what the price is and brand is. In Europe, I don’t know, but that’s it in the US.” And the US is the world’s biggest market for footwear. 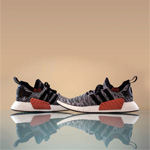