Volatile organic compounds (VOCs) are organic chemical compounds that are easy to evaporate under normal indoor atmospheric conditions of temperature and pressure. The higher the volatility (lower the boiling point), the more likely the compound will be emitted from a product or surface into the air.

With the wide application of VOC-related chemicals in the leather and footwear industry, their health and environmental hazards are a concern for workers and consumers. Based on studies, due to their volatility, VOCs are emitted into the atmosphere, causing potential air pollution in the environment. The extent and nature of the effects on health will depend on many factors, including level of exposure and duration of exposure. Some VOCs, such as benzene, can be toxic and carcinogenic, and exposure to VOCs may lead to sensory effects and general discomfort due to strong odours, and irritants or allergic reactions.

At extremely high levels of exposure, headaches, eye and throat irritation, nausea, dizziness and drowsiness are some of the symptoms that may be experienced.

Different regulations or standards may define VOCs in different approaches. According to the definition in EU Directive 2004/42/CE, an organic compound having an initial boiling point less than or equal to 250°C measured at a standard pressure of 101.3 kPa can be classified as a VOC. Based on this definition, VOCs can include huge number of chemicals; however, for the leather and footwear industry, only certain compounds are relevant to production. Some VOC-related steps in leather and footwear production are discussed here.

Based on a study in a major tannery in China, the major VOC sources in leather tanning are limited in several steps as follows, especially in leather coating:

Below are some sources for VOC generation in footwear manufacturing. Using solvent-based glues and adhesives are the most important sources:

In China, VOC content in the footwear sector has been studied in several industry hubs such as Zhejiang province. In Zhejiang, based on the data from 490 footwear factories (including footwear materials), the top 10 chemicals are methyl ethyl ketone (MEK), toluene, acetone, cyclohexanone, ethyl acetate, xylene, dichloromethane, cyclohexane, dimethyl carbonate and vinyl acetate.

These chemicals were found in 85% of the chemical formulations; other ingredients may include benzene, chloroform, hexane, formaldehyde, acetonitrile, for exapmle. Based on a study in Guangzhou province, a major footwear manufacturing hub in China, the common VOCs found in various footwear processing chemicals are shown in the table above.

197
Substances on the candidate list of very high concern for authorisation, with six new substances added in January 2019.
ECHA

Considering the hazards of VOCs, some countries have restrictions on VOC content in products (for example, EU 1907/2006 REACH Regulation), and some regulations and standards set limits on air quality and emissions (EU Council Directive 1999/13/EC, EU Council Directives 89/391/EEC, 98/24/EC & 2014/27/EU). For leather and footwear products, VOCs are also listed in various restricted substance lists (RSLs) and manufacturing restricted substance lists (MRSLs), such as the RSL from Apparel and Footwear International RSL Management Group (AFIRM) or the American Apparel and Footwear Association (AAFA), and the MRSL of Zero Discharge of Hazardous Chemicals (ZDHC).

Recall cases on leather and footwear products were observed in the EU Rapid Alert System for Dangerous Non-Food Products (RAPEX), but more important is that VOCs in footwear products may cause air quality problems in shipping containers. This may be related to the occupation health issue in the warehouse or the off-loading site. Containers with high VOC content or specific VOC exceeding the limit value would be detained and ventilated until it is safe for the workers to offload the goods. This may result in extra unloading time and costs during the customs inspection.

To minimise the VOC risk to health and the environment, end-of-pipe control such as regenerative thermal oxidation or catalytic oxidation is important, but a more important and effective way is the development of alternative chemicals and formulation with VOC-free, or VOCreduced adhesives or coating solutions. It is also important to provide education and training to the leather and footwear factories, and let the factories understand VOCs, their hazards, and how to properly store and handle solvents and materials containing VOCs. Some brands and suppliers have initiated successful VOC reduction and control programmes in the past 20 years. Some suppliers have successfully reduced their average VOC consumptions from more than 120g to below 20g per pair of shoes. To achieve the VOC reduction goal, having solid know-how in order to review the chemical inventory and study new formulation using non-solvent/low-solvent chemical ingredients is an effective way to reduce VOC pollution.

Why VOCs are restricted

A brand takes the initiative

Adidas’s target is an average VOC emission of 20g per pair of shoes. The company’s footwear suppliers reduced VOC emissions from 140g/pair in 2000 to 20.3g/pair in 2007, which included nearly all new Adidas Group athletic footwear factories. These results reflect improved information-sharing between suppliers about technical solutions and alternatives to solvents such as water-based cement systems. And since 2000, the group regularly measures actual exposure in the workplace by asking workers to wear monitors during their working day. Emissions measured are far below the threshold limit value. These results suggest workers are not being exposed to dangerous levels of VOCs, but nonetheless the company remains committed to further reductions.
Source: Adidas 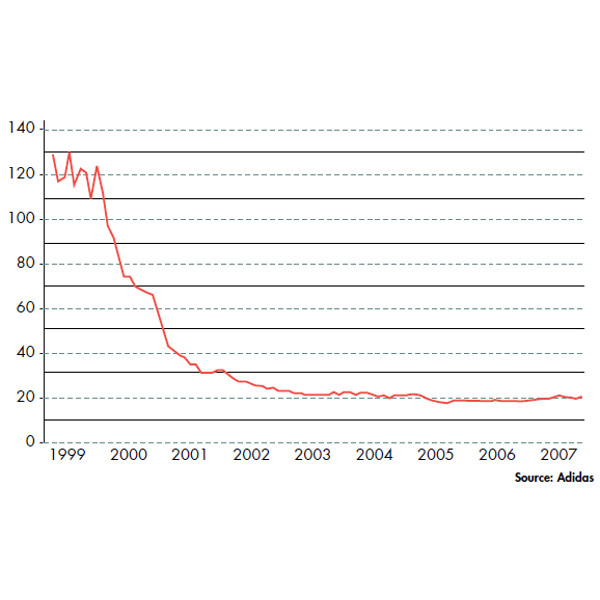 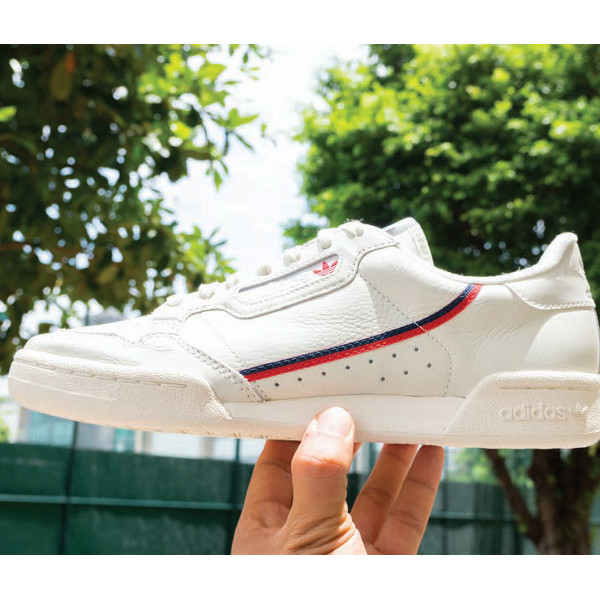 Adidas has reduced the VOCs in its manufacturing process. 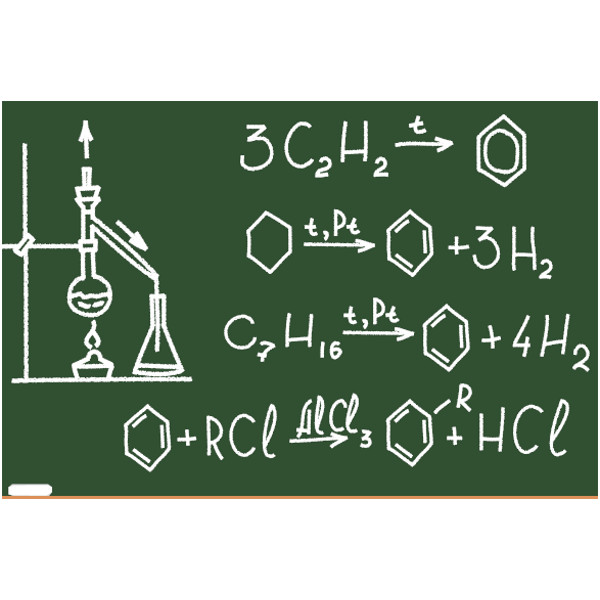 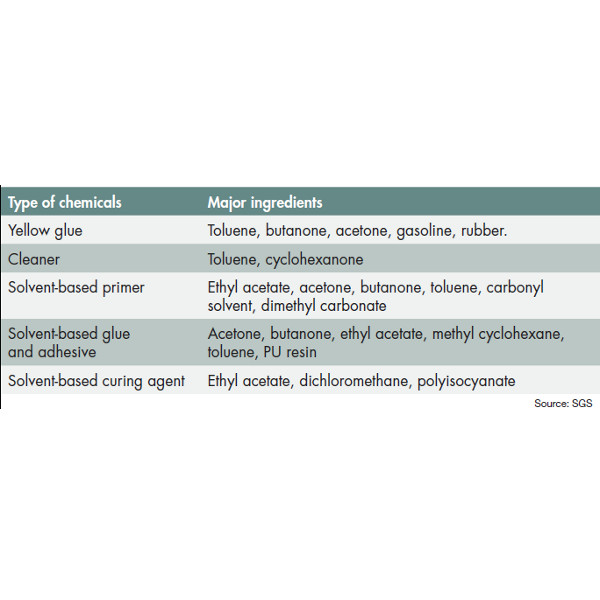 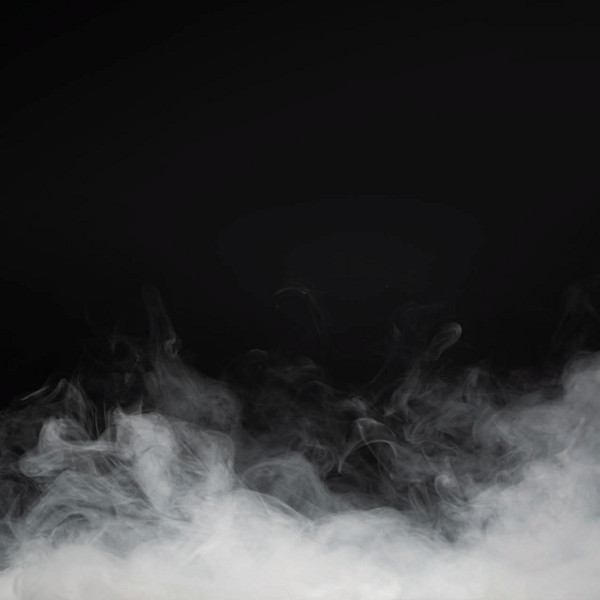