Worldwide economic issues, combined with rising raw materials costs and political uncertainty, made for a challenging year for European leather. Andrea Guolo canvasses opinion from industry leaders, and looks ahead to 2017.

Few tanners will remember 2016 as a vintage year for the European leather industry. The final balance is negative, confirming a decline that began in 2015, to be compounded recently by the Chinese slowdown, Russian imports collapsing and the impact of terrorism on luxury travel shopping.

Other international factors contributed to the overall uncertainty, from the US presidential election to European bickering that culminated in the UK’s Brexit vote.

A survey among Europe’s leading tanning groups yielded unexpectedly positive data, however, pointing to a willingness to increase investment in order to produce positive returns. The picture is patchy, with some tanneries showing strong growth, while others decline sharply, according to the sectors in which they operate and to their reference customers. Sometimes, therefore, there have been equally well- organised players positioned in the same range, one of which has lost business while another has seen its sales rise. In general, European tanneries are doing better than their international competitors, especially those from Asia.

A special contribution from automotive business made that Europe’s best sector of the year, against which Europeans were able offset some, or all, of the losses suffered in furniture and fashion, particularly leather garments, which have been in serious trouble in Spain.

Thomas Bee, manager of the German group Schafstall Holding, and president of Cotance Council, likens the European leather industry to a “mosaic, with as many facets as there are tanners”, and points to downstream market segments as indicators of the business as a whole. “One can observe rising production figures in the automotive industry, notably for premium cars, while medium and small cars are developing slower than in the recent past,” he says.

“On the other hand, after months of slow business, the luxury leather goods market gave some encouraging upward signs for the rest of the year.

“Business in footwear is reported slow and very price sensitive. It is too early to draw the balance at this stage.”

Bee is optimistic overall, however: “The possible slowdown in the automotive industry and several outlooks in the overall economy do not provide only positive perspectives. Nevertheless, after a lower market in 2016 for luxury and fashion leathers, I hope that 2017 will bring a recovery.”

Declining margins as a result of higher raw material prices, especially heavy hides, will result in a poorer economic result than the previous year.

In Italy (Europe’s leading tanning nation, with a share of about 65% of the continent’s production), the data is generally negative. Unic, an association that represents the leather industry there, observed a drop in production of 4.6% in the first half of 2016, and a decline of 6% over the summer months, and estimates that the year will be down by 5–6% compared with 2015.

This is mainly due to the fall in exports to China (the prime destination of Italian leather for over than two decades), Germany and Austria, while values exported to France and the US experienced double-digit growth.

However, there were exceptions to this negative picture in the results provided by some big Italian groups, such as Gruppo Mastrotto, which closed 2015 up 10% on €462 million. “2016 represents a further year of growth for us,” states CEO Chiara Mastrotto, “even in a highly competitive international context.

“Therefore, we are strengthening our market share in the three sectors of presence (automotive, fashion and furniture), thanks to an important plan of industrial investments on the territory and at a global level.

Gruppo Mastrotto is moving towards an idea of full industrial and commercial integration of its branches in Brazil, Indonesia, Tunisia and Mexico. In that way, the company represents a multiplant and multibusiness global supplier, with competitive positioning that makes it unique in the global tanning sector.”

Another Italian group, Pasubio, which specialises in automotive, anticipates an increase later this year of 15–20%, compared with €234 million in 2015. “In the automotive business,” says president and CEO Luca Pretto,

“Pasubio expects to continue to grow for the next three years. In the furniture field, it faced a big drop in volumes compared with previous years, but was more moderate in terms of sales, thanks to the decision to focus on the high-end market.

In leather goods, the firm is still in the start-up phase for affordable luxury, but is planning investments in production facilities to address this market with determination and commitment, because it believes it is a very promising segment.”

The decline in luxury goods in France is unprecedented for leather suppliers specialising in the top-quality market. This is demonstrated by Tanneries Haas, which aims to close the year with total sales of €35–40 million, an increase compared with the 2014–15 biennium, which was described by its chairman, Jean-Christophe Muller, as a “deceiving” period. “2016 was a year of full activity,” he reports, “and Tanneries Haas’s leather goods customers still have a high level of activity.

“The company noticed a slight slowdown in the footwear and saddlery sectors, but this decrease was compensated by the activity of its leather goods customers.

Haas is working at full capacity, which is nevertheless limited to a maximum of 750–800 skins a day. “The firm is thinking about investing in drums, but this will involve thinking about its buildings,” continues Muller.

“I therefore think that, over the next two or three years, its investments will be dedicated to workshops, such as beamhouse and tanning, but also dying drums and finishing.”

In the UK, tanneries are under pressure in terms of purchases, due to the post-Brexit devaluation of sterling.

“Sales volumes have been high during 2016,” says Jonathan Muirhead, chairman of Scottish Leather Group, “and further growth is anticipated from the automotive sector. However, declining margins as a result of higher raw material prices, especially heavy hides, will result in a poorer economic result than 2015.

“UK rawhides have become very competitively priced, and therefore attractive to our European competitors. As Scottish Leather Group has a currency hedging policy, it will not start to feel the benefit of the weaker pound until 2018, at the earliest.”

As for a forecast for 2017, Muirhead expects a 10% volume increase in automotive leather, but no increase in furniture leather sales.

APIC president Nuno Carvalho looks back on the year in leather

How was 2016 for the Portuguese leather business?

Nuno Carvalho: In general, it was a slowdown year, although some tanneries will be able to balance the numbers by the end of the year. It was a year to manage with caution, and to be selective about investing, as even in a slow year there are always investments that need to be made in tanneries.

After months of slow business, the luxury leather goods market gave some encouraging upward signs for the rest of the year.

In regards to customer relations, there is a need to be cautious – and even restrictive – about the credit extended to customers to avoid losses that might jeopardise the whole year’s performance.

Were the economic results encouraging or disappointing overall?

APIC does not have the final figures for the Portuguese leather industry in 2016, but they will surely indicate a general slowing down.

Footwear is the main destination for Portuguese finished leather. Do you think 2017 will be a better year in this sector?

The industry must keep investing 2017, because there are still basic needs that must be satisfied, but caution must prevail in some fields, particularly where credit is concerned. It is clear that the credit insurance companies know the industry well, so it’s not worth going into the numbers.

It will be a year to keep both feet on the ground while paying close attention to the turbulent international environment, which may claim victims in our industry.

For footwear, we must keep an eye on the worrying expansion in the market for synthetic shoes – particularly in China – and the crisis in the shoe-consuming markets that affect Portugal’s footwear industry, as it is still our main customer. 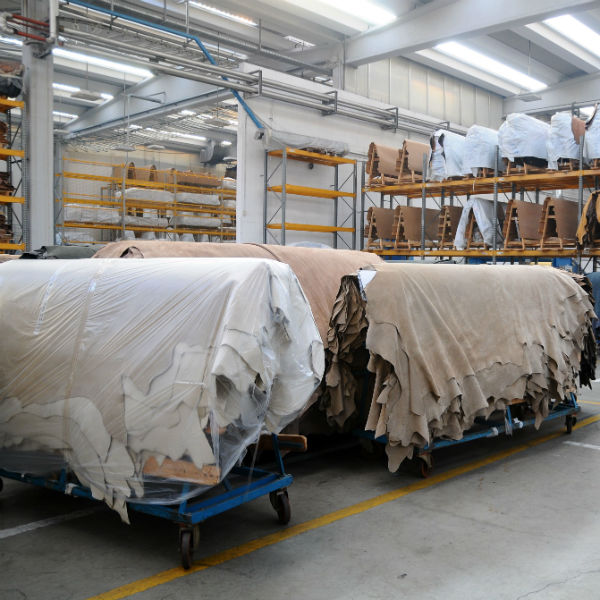 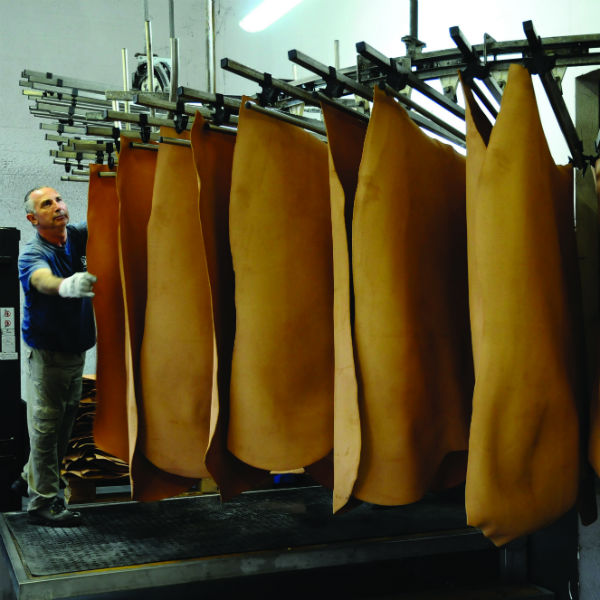 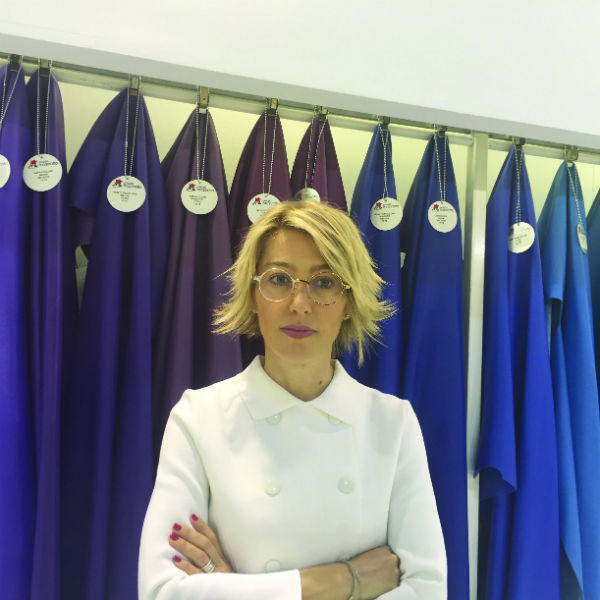 Chiara Mastrotto, of Mastrotto Group, which bucked the negative trend. 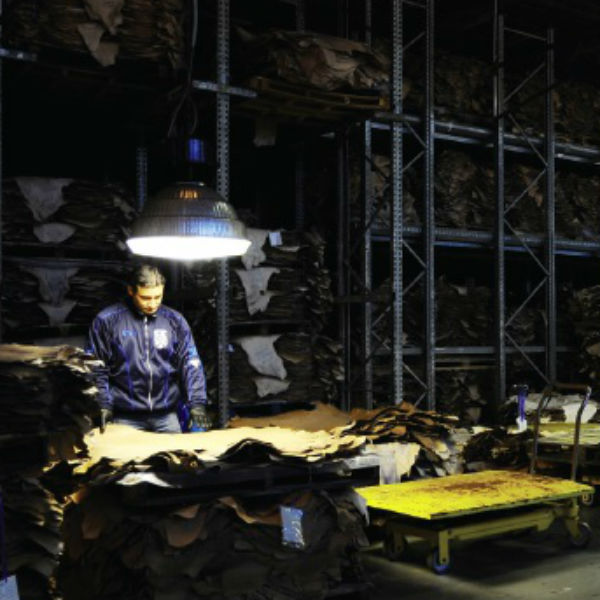 Global economic and geopolitical factors have taken their toll on leather revenues. 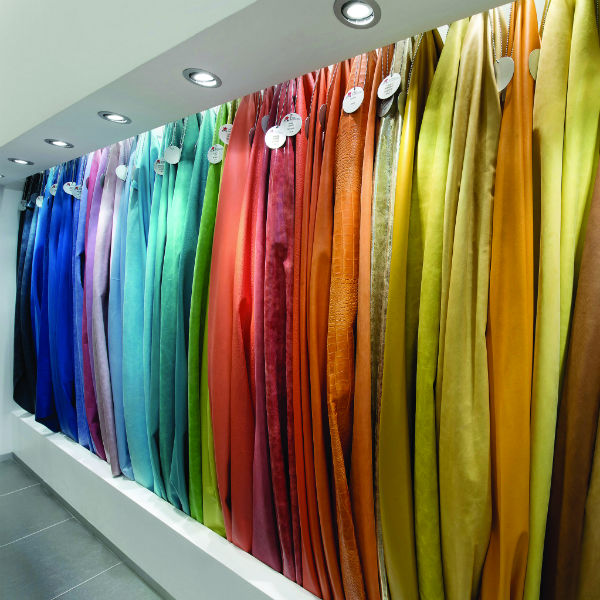 Italian firms Gruppo Mastrotto and Pasubio continued to grow in 2016.
Post to: