Contract killers – inside the China market

In recent months, it has been reported that a number of Chinese tanners are abandoning their contracts, with grave repercussions for their US suppliers. Here, Leather International speaks with a senior executive for international sales at a major US hide and wet-blue supplier about the importance of holding unscrupulous tanners to account and promoting integrity in this important trade relationship.

China has long been the largest importer of US hides and skin products, far surpassing other key destination markets such as Korea, Mexico, Taiwan and Italy. Its purchase power is in little doubt as, last year, the country imported $1.1-billion worth of wet-salted cattle hides, and $374-million worth of wet-blue products, surpassing the records set the year before.

Given the enduring strength of China's leather manufacturing industry, it comes as little surprise that hides and skins are the third-largest agricultural good that the US imports to China, edging just behind soybeans and cotton. For both nations, the trade relationship has been a boon, based upon a foundation of mutuality and trust.

In recent months, however, a disturbing trend has emerged. As hide prices continue to plummet, a small but significant number of Chinese tanners have been reneging on their contracts with US sellers, throwing the market into disarray. In some instances, they have been neglecting to transfer agreed payments, or renegotiating contract details after the contract has been signed. In other instances, they have been refusing to draft a meaningful contract at all.

Behaviour of this kind - last seen in the wake of the 2008 financial crisis, when hide prices tumbled to a similar degree - has been hugely deleterious to sellers, some of whom report they are too busy chasing up contracts to focus on their core business.

"We're going through a phase right now where we're doing a lot of soul searching, because some of the people we've built relationships with over the years have tried to walk away from contracts," says a senior executive for international sales at a major US hide and wet-blue supplier. "We're not accepting that, by the way, and we're going to ensure that it doesn't happen again, but it's a tough place to be. While we've got a lot of good friends and strong partners in China, some of the tanners have tried to walk away."

"We’re going through a phase right now where we’re doing a lot of soul searching, because some of the people we’ve built relationships with over the years have tried to walk away from contracts."

This issue, while by no means universal, is sufficiently endemic to have caught the attention of industry bodies. In May, the United States Hide, Skin and Leather Association (USHSLA) wrote to its members, entreating them to remind companies about the importance of contracts and the rule of law in the international trading system. It referred to the common standards set out by the International Council of Hides, Skins and Leather Traders Association (ICHSLTA) and the International Council of Tanners (ICT), which have been used internationally and domestically for more than 60 years.

"Hides and leather markets experience periods of sudden price increases and decreases," said Steve Sothmann, USHSLA president, in the letter. "It is in the best interests of all of our members if we continuously reinforce the importance of honouring contracts and avoid individual retaliation when the market moves in the opposite direction."

The effort here has not all been one way. Shortly after USHSLA's letter, China Leather Industry Association (CLIA) told its members that such behaviour would tarnish the image of the Chinese leather industry and damage the steady growth of the market.

It launched a fair-trading initiative for Chinese tanners, and said it would act as an intermediary between its own members and those of ICHSLTA.

Despite these gestures, however, the issue remains entrenched, with certain tanners continuing to ignore their obligations.

"The tanners feel they have the opportunity to walk out of the contract, assuming the suppliers have an unlimited amount of wealth - the supplier will eat the difference and the tanner will walk away scot-free," explains the senior executive. "We're saying that's not going to happen or we'll stop selling to you."

A change in stance

This company is not the only one taking this kind of uncompromising stance. As a number of commentators have discussed, if sellers let the situation slide, it will be far more likely to recur in future. Specifically, the aim is twofold: first, to send a clear-cut message to the tanners at fault and, second, to tease out the legal repercussions.

"We've brought in some people from our legal team here to decide whether each case is worth pursuing, but we're also checking to see what avenues could be taken when we sign contracts," he explains. "We're finding the laws might be more in our favour than we thought. So we have legal counsel and they're giving their recommendations. I'd encourage all suppliers to be sure they have signed contracts, otherwise it won't hold up."

He feels that, should the negligent tanners keep following this path, sellers won't be the only ones to suffer. After all, China's leather industry begins with the tanneries, and without security of supply, there will be grave consequences further down the chain. This means China's shoe brands, for instance, which collectively produced 4.5 billion pairs of shoes last year, need to do all they can to ensure reliability and integrity from their sellers.

"I think they have to be sure they're operating with a lot of integrity too, because there have been some renegotiations," he says. "But more importantly, if I were a shoe brand, I'd want to be sure that the tanners I'm putting my orders with acted honourably through this time frame, so I don't run the risk of being cut off from my hide supply, and I can sleep at night knowing the orders I gave to tanners X, Y and Z will come through."

At present, the Chinese leather manufacturing sector is going through a period of mixed fortunes. Aside from tanners abandoning contracts, the industry is grappling with some relatively serious issues - earlier this year, 8,300 tanneries were forced to close following a crackdown on industrial pollution, and growth of 7% has been tempered by a recent precipitous 8% market drop.

All this said, China is sure to remain a critical market for many other suppliers. Despite the lack of integrity evinced by certain tanners, many of its other partners have proven themselves to be highly reliable, and the market is still performing well compared with other regions of the world. He says there will be no need to recalibrate its long-term export strategy just yet.

We have made large continued investments in our wet-blue business and we're going to continue - we're committed to Europe, China, Mexico and Asia as a whole," he points out. "China has been the flavour of the day for many years and we still see it continuing, although new markets are starting to come round to wet-blue."

"We have made large continued investments in our wet-blue business and we’re going to continue – we’re committed to Europe, China, Mexico and Asia as a whole."

The real issue would appear to be one of image, with relationships between certain tanners and their US suppliers seemingly damaged beyond repair. Several US suppliers have backed out of attending the upcoming ACLE show in Shanghai, but he assures they will be vocal about the issues US suppliers have faced.

Working on the relationship

As industry backlash mounts, the importance of keeping contracts is not in doubt. While any trade relationship needs to be based on trust, this is doubly so in a market prone to dramatic fluctuations. Given the inherent volatility of hide prices, there is significant potential for abuse on either side, with supplier and buyer at risk of taking advantage when the market swings in their favour.

This means that simply waiting for prices to stabilise is not a solution. The real goal is ensuring both parties keep their word, no matter what the market does next. That in turn means holding dishonest tanners to account, creating a culture in which such behaviour is punished and restoring some of the confidence that has been eroded.

"We have some excellent partners located in China, and some great partners around the world - it's not everybody," says the senior executive. "But we know from speaking to others how everybody feels - it can be a helpless feeling when tanners can walk away and say no. But we are united as an industry to not let that happen." 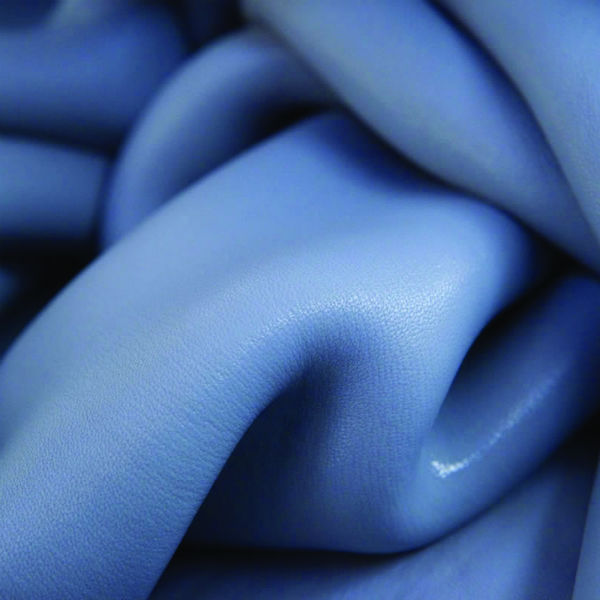 Keeping good relations with China is paramount to wet-blue business.
Post to: