As they had been doing for a number of weeks, US packers and processors continued to turn down bids below past sales levels and tried to hold out for higher prices. By the middle of February, sellers were doing well to hold steady, as steer prices had softened slightly.

US sellers also maintained that they had well-forward-sold positions and some were not even issuing offer lists. That said, the opinion of many experts is that supply is plentiful and demand is still weak, making it very difficult to term this a seller’s market.

Traditionally the country’s most prodigious selection, heavy Texas steers tightened up their trading price range in January and early February. Sales were being reported at a low of $52.50, and up to $54 and $55 FOB for 66/68lb; however, the volume of trading being reported was lower than usual.

Colorado steers, also known as branded steers, were fairly steady, if not slower, trading between $53–54 steady in mid-December last year. Butts continued to enjoy decent interest into early February, although prices eased. Throughout the period, sales were reported at $61.50–63 on 66/68lb, which was down from the mid-January selling range of $63–65.

Thanks to their popularity in the automotive sector, heavy native steers continued their December upward trajectory, gaining $2 in January to trade at $65–67. By mid-February, trading was taking place at the lower end of the range, with sales being reported at $65 and $66.

Pressure on the cow sector increased in early 2018 with strong competition from Brazilian TR1 and European cows, which had prices that also came down during the first few weeks of 2018. In addition, cow slaughter levels were still high, increasing by almost 7% from 2017, adding to the plentiful cowhide market. That said, Chinese tanners in the north note all that they would still prefer to purchase US cowhides over European ones. With the Lunar New Year holiday on 16 February, Asian buyers had already slowed purchases during the first two weeks of the month, so few sales were reported. Natives 52/54lb were said to have sold at $36. One large producer said that his company did not receive any bids on regular branded cows for at least one week during the period and moderately priced counter-offers failed to sell. Branded cows selected into fed and butt-branded categories continued to find adequate demand. Dairy cows were also lagging under weak demand, with sales reported at $42 and $44.

At the start of 2018, most sellers were calling the US hide market quiet but steady; however, some industry pundits called this ‘supply side propaganda’. Hide prices have been experiencing a downturn since the APLF show in March 2017. The few price increases that packers were able to get during this timeframe were on high-quality selections, especially those in demand for automotive upholstery. The quality issue also fuelled the wide price spread in Texas seen last year. Yes, butts and natives were in good demand, and highquality Colorados had a little uptick in prices, but everything else remained flat and weak. This view doesn’t even include the cow market, which is under immense pressure from supply levels and competition.

It is hard to see if any dramatic changes will take place. Falling prices and lack of support from China, due to the industry’s state of flux, in conjunction with lower domestic demand for leather, the government’s aggressive environmental campaign, fewer tanners and tighter credit

To add to these global woes, the smaller price differential for various origins has increased competition and set up a tough market. Last, but not least, no origin has been able to successfully push price levels higher internationally.

All eyes are on the period preceding APLF, which will take place on 14–16 March, and whether US hides will see their typical bump in prices before the Hong Kong-based fair.

In February, GST AutoLeather, a developer and manufacturer of automotive leather, announced that the US Bankruptcy Court for the District of Delaware approved its disposal of assets owned by the company and its foreign subsidiaries to GST Lender Acquisition, an entity formed by the company’s senior secured lenders and majority, which is controlled by Black Diamond Capital Management.

The court’s decision followed an auction in January, where GST Lender Acquisition came out on top with a winning bid of $166.9 million. The company anticipates that the sale will be completed in the next few months, subject to customary closing conditions and regulatory approvals. 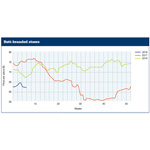 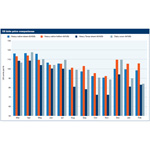 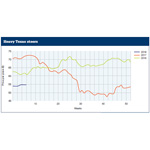 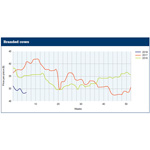 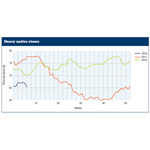