As the US leather industry gathered in Shanghai a few weeks ago, there was some degree of optimism among producers and even traders. This was due to a little run up in prices in the previous few weeks, which turned out to be an artificial firmness caused, it is believed, by the trading fraternity in order to stimulate demand. Some travellers visiting their Asian customers in face-to-face meetings managed to generate some business but prices were ‘nothing to write home about’, and those carrying hides with them, so to speak, had to bring them back and try to sell them again.

The organisers said that on an area of 92,000m² there were 16 pavilions hosting 13 different states and regions for a total of 1,000 exhibitors: Australia, Brazil, China, Ethiopia, France, India, Italy, Korea, Pakistan, Spain, Taiwan, Thailand and the US. There was also an impressive amount of visitors: 22,300 was the official count, 90% of who came from the main Chinese tanning provinces.

The overall result was disappointing for the US contingent who came to the All China Leather Exhibition (ACLE) expecting any stimulation in the market. Instead, tanner interest was not on display, many did not even appear and the market eased on minimal volume as the week progressed. This is not to say the fair was not a success for some who came to China to, for instance, settle claims or encourage above-market letter of credit openings. Agents were met, and, in some cases, new contacts were generated and current relationships firmed – as is the case with any fair in our industry.

Benchmark heavy Texas steers that had traded at $33–33.50 prior to the fair were pushed up in small volume by traders to $36–37 the week before Shanghai, and then, during the fair, what few did change hands did so at $34–35. The week following the ACLE, prices were reported as low as $33.50. On the plus side, prices are still above the summer low of $32.50

With the exception of heavy native steers, which have traded in a more or less steady range since early August at about $55–55.50, branded steers, like Colorados, were typically priced in consort with Texas.

Butt-branded steers maintained their unusual spread, with natives of about $10 selling at roughly $45. Meanwhile, US slaughter continued at its torrid pace as meat packers generated outsized profits, which encouraged kills, and consumer meat demand remains strong. Federally inspected slaughter (FIS) for the week ending 1 September was 635,000. This is down from 636,000 the previous week and up from 623,000 at the same time a year ago. For the year to date, FIS is 21.758 million. This is 2.7% up on last year’s 21.180 million – or 398,000 more hides produced than last year.

The US Hide, Skin and Leather Association submitted comments to the Office of the US Trade Representative opposing the imposition of tariffs as high as 25% on approximately $200-billion-worth of Chinese imports, though President Trump has reportedly signalled that he will direct his administration to levy the tariffs once the public-comment period concludes. China plans to retaliate with tariffs ranging 5–25% on $60 billion in US imports. US hides, skins and leather products are targeted on China’s proposed retaliation list. This emphasises the detrimental impact of the administration’s proposed tariffs and Chinese retaliatory actions on the hide, skin and leather industries. As far as is known at the moment, Chinese hide importers will face a 5% tariff on all shipments, if and when the next round of tariffs goes into effect.

Marfrig Global Foods, the world’s second-largest beef processor, announced Eduardo Miron as the company’s new CEO, according to a company filing in Brazil’s securities regulator CVM. Miron, who had been Marfrig’s CFO since 2016, will replace Martin Secco as CEO.

The company has also announced a new structure for its business, which will be organised in two divisions: South America, gathering operations of 31 units in Brazil, Uruguay, Argentina and Chile; and North America, including National Beef and a beef patty factory in North Baltimore, Ohio.

“We want the two divisions to have independent goals and management, so that we can measure success in each of them,” said Miron in a conference call with analysts.

He added that Marfrig does not plan to expand production capacity in either of the divisions in the short term, and that the company will prioritise leverage reduction and sustainable growth, after acquiring National Beef and selling Keystone in order to focus on the beefprocessing business. The North America division will continue to be led by National Beef’s CEO, Tim Klein.

US rawhide and wet-blue export shipments, an indicator of tanner demand, continued to be lackluster since the last report. Data showed that cured cattle hide exports are down 2% in volume and 21% in value compared with the same period in 2017. Wet-blue shipments were down 20% in volume and 13% in value. Italy continues to be the largest buyer by value, totalling more than $98 million.

Net sales of 278,900 pieces, all whole cattle hides, reported for the week ending 6 September were down 28% from the previous week’s 389,600 and 27% down from the prior four-week average. A check of the records indicates this is the lowest weekly rawhide sales total since the week ending 15 March.

Export shipments of 278,800 pieces, all whole cattle hides, were down 46% from the previous week’s 516,800 and 41% from the prior four-week average. Two weeks ago, shipments were 537,400. This weekly total for rawhide shipments is the lowest since the week ending 4 February.

It’s not about price

All of the commentaries and conversations permeating the worldwide trade are negative. Industry headlines talk about a slowdown in automotive sales and leather consumption being less in the various models. You don’t have to talk to many trade members to hear how footwear leather has lost its market share and, worse, its panache. The industry hears that leather is out and we all better get used to the fact.

Many say that hide prices are destined to fall further, and it seems like the end of the world is coming for leather – that this time is different; leather will never come back into fashion and the consumer is blind to the features and superiority of leather. But having been in this trade for over 50 years, we have seen many market ups and downs, and each time, when prices are at their lowest, for whatever the reason, markets recover. Like so many other things (horse-buggy leather whips excluded) fashion changes, the value is realised, and ‘cheap’ hides find new customers and uses. We think we will see this again. Visiting shoe stores, we see leather sneaker – or athleisure – footwear being shown on retailers’ shelves. Prices are in line with other upscale footwear and the styling is commensurate with synthetic competitors. One can find leather sneakers or trainers – made by major brands – that are priced commensurately with synthetics, which is definitely a step in the right direction. 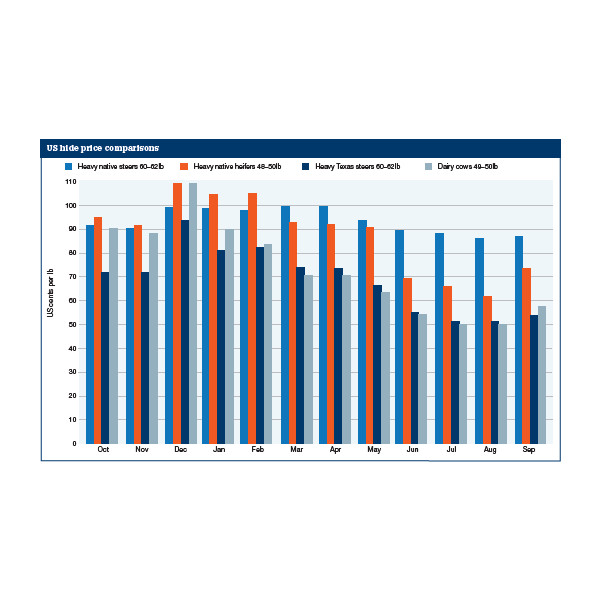 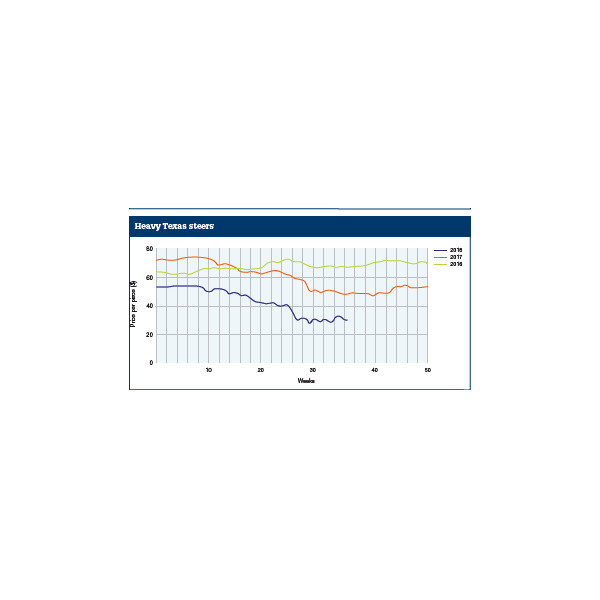 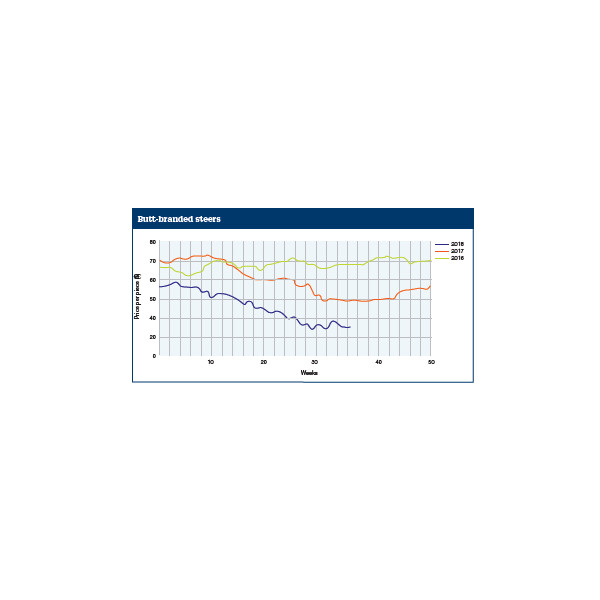 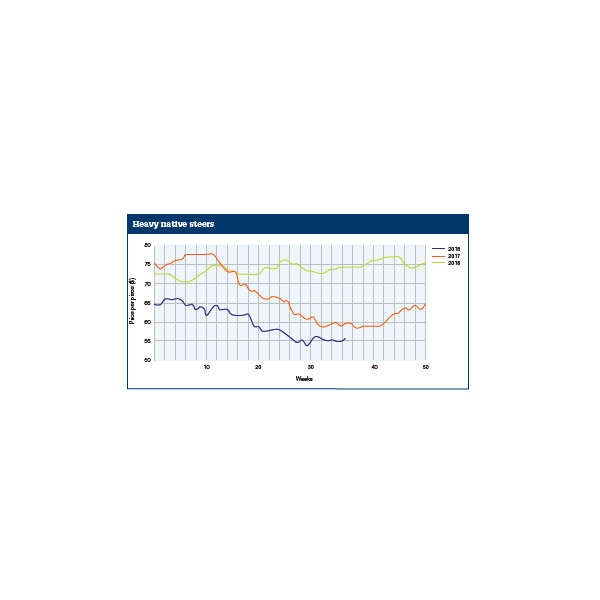 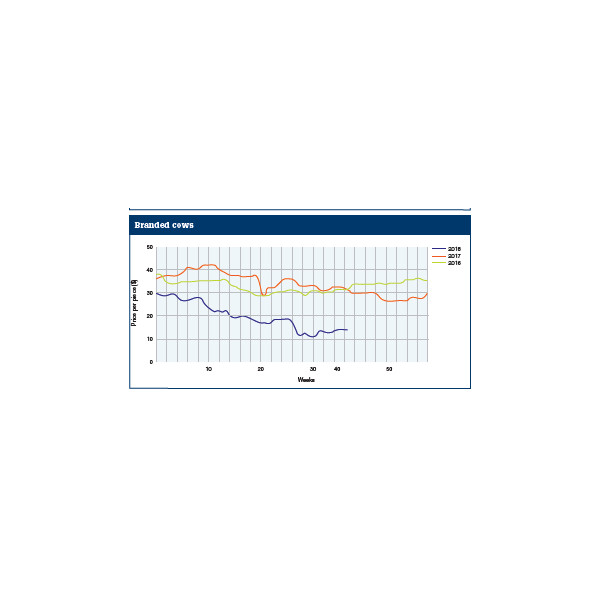