The key news and trends from the US leather market for July 2016.

Led by benchmark heavy Texas steers, prices continued to rise as June turned into July. Prices rose in June at around 4% based on traders and some producers effectively convincing enough buyers that prices close to $80 C&F on 62/64lb were warranted.

Looking back somewhat further since the close of the APLF in Hong Kong in early April, Texas had gained 12%, regardless of no decipherable pick up in leather business.

Meanwhile, slaughter levels also increased during this period as the American barbeque season came to the fore as warm weather spread around the nation. The period between Memorial Day at the end of May and Independence Day (4 July) celebrations saw the highest consumption of beef of the year, and packers made sure there were no shortages. Weekly kills set records for the year.

Strangely, or perhaps most interesting, was the fact that wet-blue heavy Texas struggled to obtain prices that would cover producer costs. At a $20 premium on a C&F basis compared with wet-salted Texas, packers still do not make money. Yet, for the majority of this period, those that could sell for $20, not to mention any more, were considered fortunate. This comes at a time when a good 30% and more of steer production in the US is now sold in the wet-blue, full substance and split-tow weight.

This was because the price differential for multiple-branded steers compared with butt-branded or brand-free steers expanded to a point where producers started pulling them out from Colorado side-branded steers in order to obtain the premium. The cow sector also continued to languish. Heavy native cows were fortunate to find buyers willing to pay $46–49 C&F depending on origin and terms. Far more prevalent branded cows continued to struggle to find buyers. Some of the south-western productions, averaging below 50lb, traded down to $30 and below, delivered to the Mexican border. Northern brands found limited interest at $39 and $40 C&F Asian ports. Regardless of price, sales fell below weekly production more often than not.

Cargill announced that it is selling its two Texas cattle feedlots as it continues to redefine its protein businesses, the company announced recently.

The agribusiness giant, based in Minnetonka, Minnesota, is selling its feed yards in Bovina and Dalhart, Texas, to Amarillo-based Friona Industries. The sale is pending and terms have not been disclosed. Cargill will keep its cattle feed yards in Leoti, Kansas, and Yuma, Colorado. The sale of the two feedlots in Texas is meant to continue the effort to redefine Cargill’s protein business.

The Dalhart feedlot has more than 160,000 head of cattle pass through its facility each year, while the Bovina lot handles 120,000 head a year. The cattle are sent from both lots to a different Cargill facility for processing. Friona is a major supplier of cattle to Cargill at the company’s four feedlots and will continue selling to Cargill’s beef-processing plants.

“Anticipating the future direction protein demand is headed, we believe it is wise to redeploy capital away from feed yard and cattle ownership to projects that enhance our capabilities, and provide greater value to our customers and consumers, now and in the future,” Keating said in a statement.

In a report dated July, the CME filed the following details about US beef production during the first half of the year. Some important key data is not yet available, especially international trade data. Still, a review focusing on US production levels and prices is timely as we head into the second half of the year.

The Livestock Marketing Information Center (LMIC) forecasts US commercial beef production in 2016 at about 24.7 billion pounds, up 4–5% year on year and the largest since 2013. For H2 2016, production is forecast to rise 3–4% year on year.

Hidenet’s observation is that as Texas prices rose, traders and producers were looking to create more demand and price strength that wasn’t really justified. For this reason, we believe that, led by Texas, steer prices are poised for a significant downward adjustment. For one of the few times in modern history, we do not expect to see the usual speculative price build up going into ACLE in Shanghai. 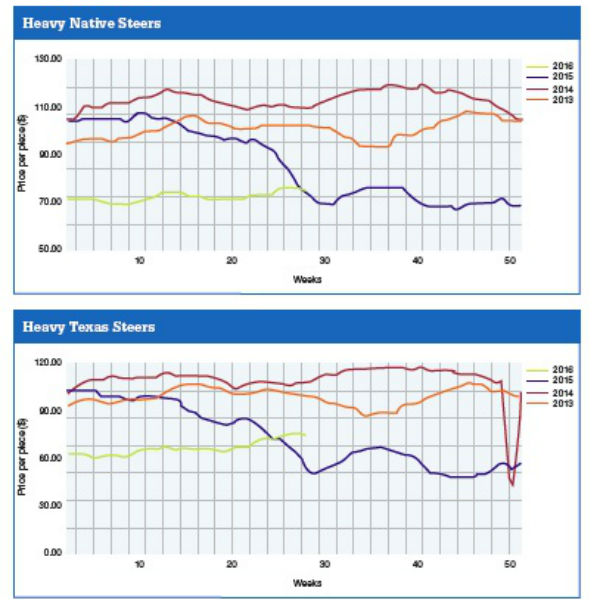 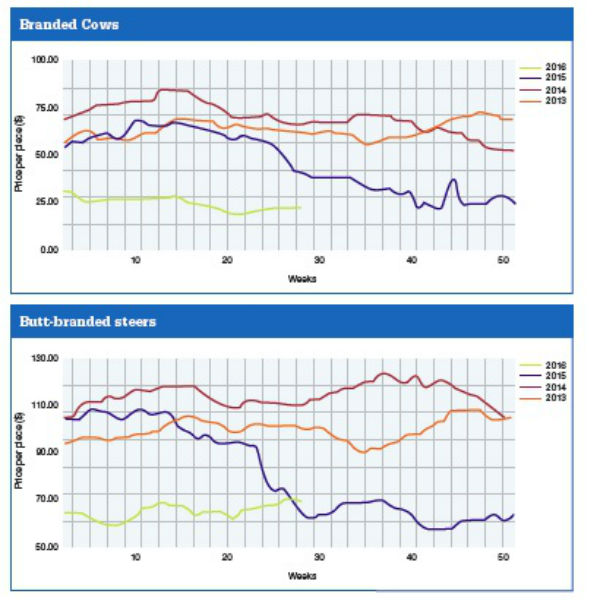 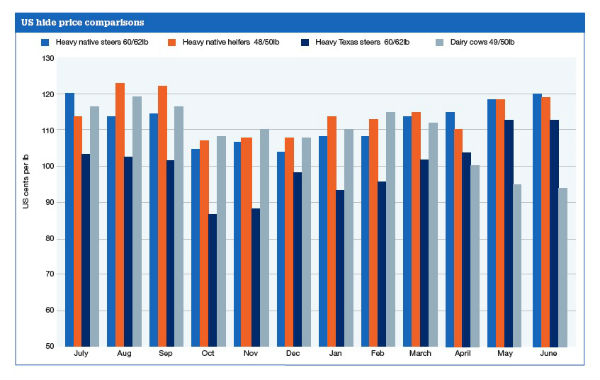