The Lineapelle and Tanning Tech shows took place, side by side, over February 21–23 at Fiera Milano, Rho, just outisde the city centre. Leather International was there to get the inside scoop on the double event that will define the course of European leather in 2017.

After 92 editions, Lineapelle is still on the up, with February’s event recording about 1,200 exhibitors. This show has historically been the focal point for high-end European leather, and attracts the luxury market from all over the world to gain traction in terms of style and commerce. Due to market demands and industry evolution, the accessories, synthetics and componentry aspects of the fair are growing like never before. Leather, however, is still dominant and buyer confidence is on the rise, reflecting a positive trend in consumer habits.

As a global leader in the fair calendar, Lineapelle’s international contingent of tanneries and manufacturers showed off the latest innovations and trends for spring/summer 2018.

Compared with last year’s February edition, there was a 4% increase in the exhibitor numbers to 1,198, from 44 countries. Breaking it down, there was a 3% increase in Italian exhibitors, 5% in foreign exhibitors, 4% in tanneries, 9% in accessory companies and 1% in synthetic/fabric companies. The exhibition area was also increased, covering more than 45,500m², which is 5% more than was available last year.

‘News from the future!’

This was the slogan for this edition, and the goal of the show was to “highlight the need to break with the stylistic hesitancy of recent seasons, and open the doors to freshness and all shades of light.” Imagination was given space, vitality and the right conditions in which it could find expression, according to Lineapelle’s organisers, and, to this end, the show installed three new trend areas, and shifted the main area to a more central position to increase its visibility.

This edition also entered the social and digital age in unprecedented ways, including being shared live on Facebook, Twitter and Instagram with the hashtag #lineapelle92 launched for the event. A mobile app could also be downloaded that included the exhibition catalogue, an interactive map and timetable, as well as transport and event information. Also, the portal laconceria.it issued a digital daily paper for the three days of the show, with updated information, interviews and market analysis.

The consensus was that the high expectations of the show were met in terms of providing a platform from which the global leather market could make further inroads despite the current economic complexities, finding stimulating, tangible ideas upon which to build and develop its future. The success of this vision helped to underline Lineapelle’s status as an international benchmark fair for luxury, fashion and accessories. There were more than 21,800 direct visitors, plus double-figure growth in attendance at the Simac Tanning Tech fair across the promenade.

There was a positive increase in visitors, particularly from Germany, China and Russia – markets that had a particularly hard time last season – although Turkey remains a challenging region to recover. Despite that, exhibitors came away with a positive impression.

Industry 4.0 and environmental sustainability were the focus over at Tanning Tech. It was impossible to miss the giant, 20t liming drum set up on the Hueni stand that had been sold at the last show to Karim Leather, one of Bangladesh’s biggest high-end leather manufacturers. It was a bold statement that certainly drew a lot of attention, and was a not-so-subtle indication that this was the place and time to seize new opportunities.

Adriano Peruzzi, of the special projects and R&D division at Erretre Spa, spoke about the intuitive 23in touchscreen experience integrated across their products. The technology is already a year old, but is still setting a new standard in the industry with an interface that can be accessed across all platforms and remote devices. Temperature, humidity, chemical measurements, as well as the self-cleaning system, can all be controlled remotely and in real time. Best of all, the development of the software is developed completely in house, ensuring complete control.

SIMAC Tanning Tech, the international exhibition of machinery and technology for the footwear, leather goods and tanning industry, closed with a two-figure percentage increase in visitor numbers compared with 2016, which had already been a record year for the event, and recorded longer exhibition visits. Increases up to 20% were also seen in exhibition space – a sure sign of a constantly growing exhibition that can increasingly adapt to market demands.

“As demonstrated by the visitors themselves over the three exhibition days, the exhibitors managed to provide concrete technological responses to different production needs,” commented Gabriella Marchioni Bocca, president of SIMAC Tanning Tech. “There is a strong sense of a sector in movement and this is thanks to every single company that, day after day, conducts ongoing research and keeps a focus on clients, who receive the optimum response to their needs – from product technology to process technology. Nonetheless, this is just the start of a brand new chapter for the sector, on which we shall be working in the near future.”

With a trend of exports of machinery and technology for footwear, leather goods and tanning continuing to grow four years running, according to 2016 data from ASSOMAC, there is reason to be optimistic.

“The data for the first 11 months of 2016 simply confirms that, despite occupying a production niche, our sector has remained abreast of the times, retaining the leadership role acquired over the years,” added Bocca. “Innovation and uninterrupted research have enabled us to respond to market demands in terms of eco-sustainability, energy saving, and the design of integrated and interconnected production processes.”  ?

Light and darkness: trends to watch out for

Lineapelle’s spring/summer 2018 edition put a contemporary twist on traditional pastel tones and floaty fabrications. Unexpected colour combinations and a wealth of new compositions referenced the spheres of man-made tech and the natural world to refresh seasonal classics. Among the lightweight pales and pastels, darker hues and heavier weights were also in evidence, illustrating the growing trend toward offering more seasonless and ungendered product.

Incorporating technical fabric components saw the leather industry tapping into the hybrid trend. Glove-weight skins backed with technical synthetics, mesh or foam completely altered the feel and function of the leather, and many tanneries adopted this as a way of introducing a performance element into an otherwise traditional industry. Of particular interest was the inclusion of sandwiched aluminium layers and wire-threaded intrecciatos, creating lightweight leather composites with added strength, malleability and memory.

Chalky, dusty finishes and smooth or corrected grains in single colourways give skins a premium looking solidity and density. Though shine and metallics were still present, their overall effect was much more muted, taking inspiration from nature rather than high-tech futurism.

The fashion industry’s move into more trans-seasonal territory was reflected in heavier suedes and thick spongy leathers that provided a contrast to the season’s super-lightweight-paper qualities. More substantial handles enhanced the drape-like, pooling qualities of suede, while napped and brushed surfaces softened the overall look. There was also a return to oily-feel handles and waxed surfaces. These finishes still retain the season’s overarching matt look, but brought a new dimension in terms of touch and feel, giving a nod to the industry’s industrial origins and proving especially good for footwear. 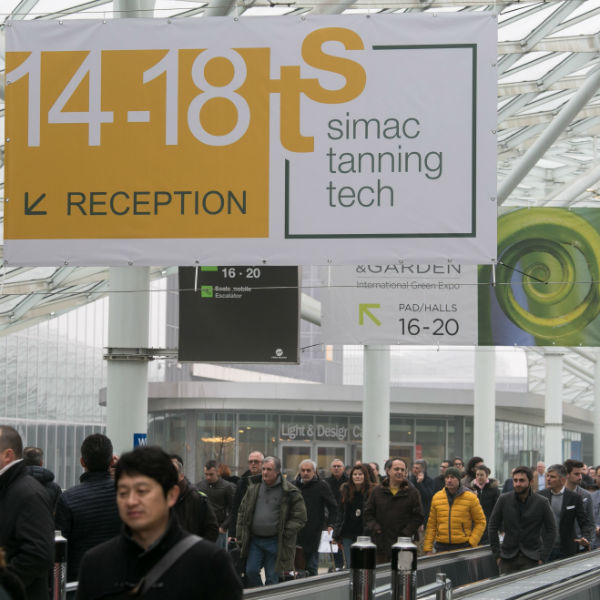 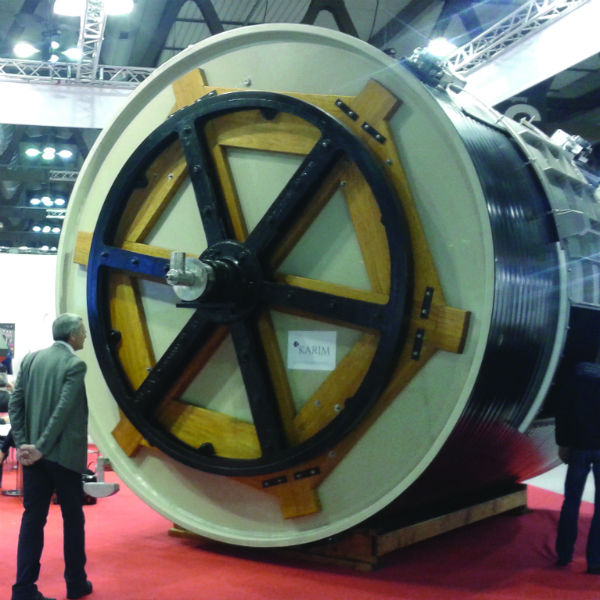 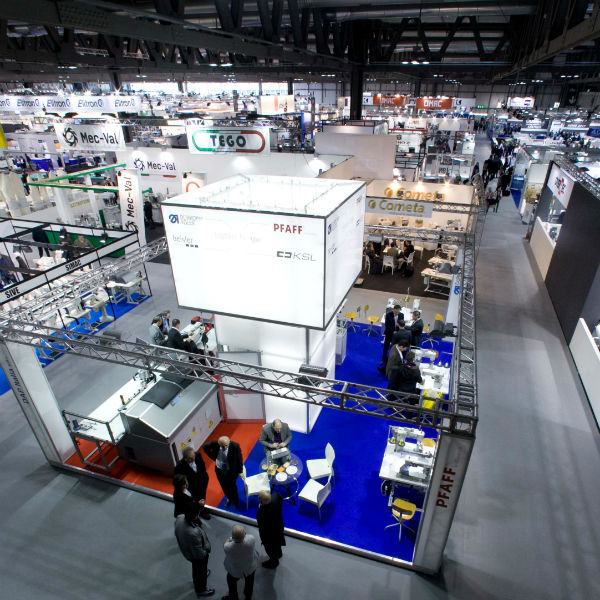 The exhibition space was increased to more than 45,500m².
Post to: