Europe must unite to survive

While old Europe limps on, struggling to keep up with the emerging economies of the Far East, a serious economic crisis in Greece, which is creeping towards the likes of Spain and Portugal, threatens to destabilise the European Union. Meanwhile Italy recently decided to issue a €24 billion emergency economic package to cut costs and avoid becoming ‘another Greece’.

At first glance it seems that this year the countries of southern Europe are more deeply connected and affected by the current uncertain economic difficulties. However, if countries in the southern part of the continent suffer, those more stable countries in central and northern Europe cannot escape from tackling these issues even if they are not happy about it.
In southern Europe, particularly in Italy, Spain and Portugal, the economies are still working despite the many difficulties. Most of what remains of the European tanning and footwear industries are still based in the south and include thousands of tanneries, footwear and leathergoods factories but also makers of components, machinery and chemicals.
Many entrepreneurs and employees of our industry face a daily challenge in difficult market conditions where they often feel alone, almost abandoned by local or regional governments and above all by the ‘mother’ EU.
Occasionally, it is true to say, some European measures have been helpful to try to support the tanning and leather products industries. An anti-dumping import duty on footwear from China and Vietnam is an example. But these seem more of a short-term and an extreme defensive measure rather than a real planned-out industrial policy to support the sector, which is in extreme need of help at the moment.
Maybe now it is the time to organise, at a European level, a round table discussion combining representatives of the EU, national governments and business organisations of those most affected in Europe. We need to discuss and find effective measures to support the manufacturing sector otherwise it may disappear altogether.
Topics discussed around this table cannot afford to fail. If I choose one topic, it would be the important supply issue of raw materials for the tanning sector. Not far away from Europe there is the vast continent of Africa, which has the large availability of the raw material ‘fuel’ needed by the European leather and footwear industries. Yet, in my opinion, in Africa today the trade of raw materials and leather is now managed and controlled to a very large extent by buyers from China.
Another important area where the Europeans could co-operate is to support a major European based leather industry trade fair. In the past such exhibitions have been fundamental to support the European leather industry.
The association, which I represent, Assomac, organise the Simac and Tanning Tech exhibitions, which will next be held in Bologna, October 12 – 14 alongside Lineapelle. This year we have chosen a theme for the show, which we call ‘the laboratory of technological innovation’. This is a ‘laboratory’ where you can find chemical and mechanical solutions for the tanning industry, that can respond to market needs and meet the goals of the modern process of leathermaking, footwear and leathergoods production. The idea is to provide avant-garde solutions for the industry to give a competitive edge through innovation for the simplest to the most complex end-product use. Innovation is key to our survival. 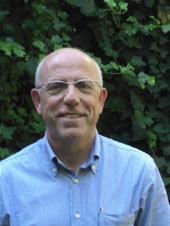