The key insight from Hidenet's analysis of the global Leather market.

The general situation in Africa is that medium-quality hide prices are steady, such as those in Kenya and Madagascar, whereas for lower-quality hides, demand has fallen away almost completely (in Tanzania and Sudan, for example). The skin business remains difficult, although there is some increased demand for goat skins suitable for suede production.

As in much of Latin America, hide prices in Argentina have not moved in either direction for many weeks. Rawhide prices were steady with the previous week and Buenos Aires hides were at $106–110. At the same time, Argentina’s slaughter increased for the first time in 2016, with August shipments exceeding one million head, an increase of 11% compared with July, and 3% in annual terms. Sources in the country say that shoe leather remains very soft, except for athleisure, while the automotive sector is decent.

The Australian beef cattle herd is expected to begin rebuilding in 2017, following record years of slaughter in response to high overseas prices and poor pasture conditions. This turnaround reflects the sharp break in drought conditions from mid-2016, especially in Queensland and NSW. The beef cattle herd size dropped to an estimated 26 million in 2016, but is expected to gradually recover from late 2017 as cow and calf slaughter declines.

Price have been firm in recent months with grade A wet blue ox, 27–31kg, selling at $89 per piece.

Exporters attributed the fall to reluctance by international buyers’ reluctance to source from non-compliant tanneries. In addition, the skyrocketing price of salt ahead of Eid-ul-Azha, the second largest Muslim festival, caused tension among hide traders because it caused increased smuggling to India.

Rawhide prices in Brazil have remained stable. Sources say, however, that there was an undercurrent of positive feeling in the market in September. With improving meat sales, analysts are cautiously starting to anticipate a turn in the market. Slaughter in the second quarter was almost even with 2015, with 7,630,000 head of cattle (4.5% higher than the first quarter of 2016).

The wet blue market in Brazil remains firm, with no room for negotiation, particularly on good grades, such as TR1 and TR2. Crust and finished hides for shoes and handbags are still suffering a great deal, due to reduced demand and heavy competition from other sources, as global offerings currently exceed demand. At the same time, Brazilian leather and skin exports recorded growth in income for the month of August at $178.5 million, up 5.1% compared with the same month in 2015.

Sources say that some tanneries in the Hebei region, which is close to Beijing, are closing due to environmental inspection issues. This is a key monitoring area for environmental concerns and protection measures are becoming more stringent. Once they meet requirements, it is expected that they will reopen at the end of September. Word also is that capacity of these tanneries is only at about 30% recently, as some are processing elsewhere.

The low-end product inventory for tanners has a serious backlog, however the finished leather business for the high-end market is relatively good.

After ACLE, the industry in Europe and elsewhere was waiting for Lineapelle to see if the market would shift. The fair was deemed a success, recording a nearly double-digit attendance increase. The Milan fair also confirmed that the situation for leather goods remained tied to the success of one brand over another. Generally, orders are focused on the highest quality, and this makes supplies of the best calf selections difficult.

With regard to veal skins, some people are saying that slaughter is too low, causing prices to rise. This analysis is partially correct, but the market requires just a certain type of calf, 14–18kg, from which a tannery can obtain 30ft² of finished leather. The prices for these materials have increased accordingly, rising about 20¢ compared with July levels.

In footwear, many high-end players are out of the market, or have reduced production by up to 50%, reducing the number of potential customers. Tanneries are looking to establish relationships, but there is not enough work to go around. In mid-range footwear, for cost reasons the substitution effect is being felt, and this applies even more so to sole leather.

The sneaker boom has decreased orders of leather soles, and tanneries are trying to defend themselves in any way possible, even producing belts and accessories to avoid having to lay off employees.

In furnishings, the trend is increasingly on high quality, and this exacerbates competition between the furniture and automotive tanneries to obtain the best bull hides.

Having completed winter production, the footwear industry is ready for summer with the possibility of replacing the calf – the selection of reference for the cold season – with light lamb and kip.

A possible recovery in leather goods should keep attention on this material, which is very expensive compared with adult bovine, and there’s no expectation that it will decrease.

Some regions of the globe saw a drop in new orders for the automotive sector: up to 20–30% in the US and UK. Italian tanneries for now (except in one case) had not yet been affected at press time, while German and Austrian groups retained a tight grip on price. The reasons for this slowdown are still unclear: There is some talk of an excess in production to dispose of and there are fears that some models have sold less than was expected. Such arguments, however are a point in favour of tanneries rejecting requests for increases to €2.30 for southern German bulls and up to €2.00 for those from the Netherlands and northern Germany. The increases requested at the fair have not been achieved, and in some cases, tanneries obtained some discounts, such as with cows.

Among European cow selections, there was some decline in French and Italian hide prices compared with the values of July, while German and Scandinavian values would seem confirmed. The situation is generally weak. The French claim to have sold some lots during the fair in Shanghai, but there is general scepticism from operators who are aware of the difficulties encountered when containers sent to China are withdrawn once they arrive in port. For cows to reboot, shoe manufacturers claim that prices should be reduced; smaller sizes are generally at the mercy of low Chinese demand.

France reported that leather goods exports, worth about €2.9 billion, were up 8% for the first half of 2016. Similarly, French footwear exports also shot up by 8%, growing from €1.36 billion to an impressive €1.47 billion. In addition, finished bovine leathers and finished ovine hides saw exports increase by 6%.

Luxury continues to drive demand for the best calf skins are firm at €7.20–7.40, delivered to northern Italian tanneries on 30-day payments. However, it was felt there was room for some further increases in prices for the best selections.

Heavier selections were holding firm, thanks to the continuing need for automotive leather, with Central Bulls 37kg and down, selling at €2.20, delivered to Italian tanneries on 30-day payments. For 37kg and up, prices were €2.25–2.40, depending upon area of origin.

Strength in the automotive business, as expected, boosted attempts by slaughterhouses to raise prices for German bulls. Bids from southern Germany have been highly inflated (€2.30–2.35/kg from €2.20–2.22), but only a few small sales hit that level. Overall, north German bull selections 30–39kg traded at €1.90 and 40–49kg at €1.80.

Prices of mutton skins have risen by a few dollars over the summer. They are selling between $63.00 and and $83.00 a dozen/pickled. Conversely, goat skins dropped by a little bit, are were trading at $42–53 a dozen/picked at press time.

Irish prices were unchanged in September, with 36 and up trading at a steady £1.60–1.70 for delivery to north Italian tanneries on 30-day payments.

Italian tanners entered the autumn season with their accounts slightly down, determined largely by the negative trend in raw materials, which accounts for about half of operating costs. The only Italian cluster to show a positive sign during the first half of 2016 in the comparison with 2015 was Tuscany. Business for Italian tanneries declined in the domestic market, down 2.1% in value.

The situation has been complex for veal skins in Italy, where medium-quality hides have fewer outlets. Delivered to north Italian tanneries on 30-day payments, veal skins 18kg and heavier were trading at €3.60–3.80 and 18kg and under at €3.60–3.70.

Paraguay is seeing strong slaughter now its vaccination campaign is nearly complete, and work for frigorificos has increased since August. Also, JBS is preparing to open South America’s largest, most modern frigorifico on 1 October in Belen, Concepcion. Prices have been very flat in Paraguay, with TR1 trading at $1.30.

The search for alternatives to German bulls is pushing Polish bull prices higher, with demand up to €2.25/kg. The price is for items delivered to north Italian tanneries on 30-day payments.

Austrian company Boxmark will be building an eco-friendly factory producing leather for the automobile and furniture industries in the Tambov region. The first of its kind, it will comply with stringent environmental standards, such as a three-phase sewage purification. It is expected to generate 1,200 jobs.

The most requested origins are for high-end production, with good demand for nappa Spanish entre fino, the price of which is maintaining its pre-holiday levels. Entre fino doubleface was valued at €9.50–10.00 and entre fino nappa at €15.00–15.75. The prices are quoted FOB, on a per-piece basis (5.5–7.0ft range, 6.5ft averages).

USDA reports that Uruguayan beef production for 2017 is projected at 570,000t carcass weight equivalent (CWE), practically unchanged from the past two years. Neither the number of cattle slaughtered, nor the CWE are forecast to change significantly from 2016 and 2015.

At the same time, Uruguay‘s Office of Agricultural Planning and Policy (Opypa) estimated that Uruguay had the potential conditions to increase the annual vaccine slaughter, which is fewer than 2.2 million head, to about 2.9 million animals and increase the annual value of meat exports by 40% (to $500 million).

After a mostly dismal year in which lamb and sheepskin prices dropped so low that no one even wanted to talk about them, the selections have seen a small bounce. Delivered to north Italian tanneries on 30-day payment terms, sheep and lamb skins were trading at £1.30 apiece.

For UK ox, British sellers were trying to take advantage of the high demand in Central Europe for bulls. They seem to have achieved some small increases: the 36+ selection found an outlet in the Italian market of £1.60–1.65/kg, while smaller hides saw no interest.

The devaluation of the pound makes these origins more convenient for those who buy in euros. 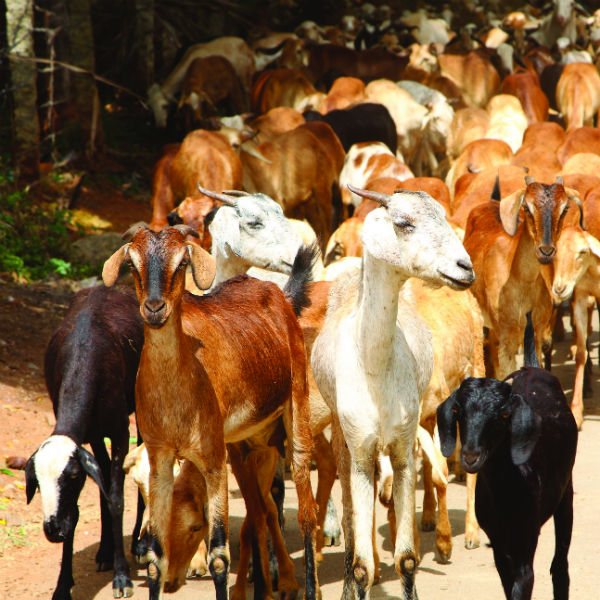 Mutton skin has increased in value in Iran, while goat hides have slipped. 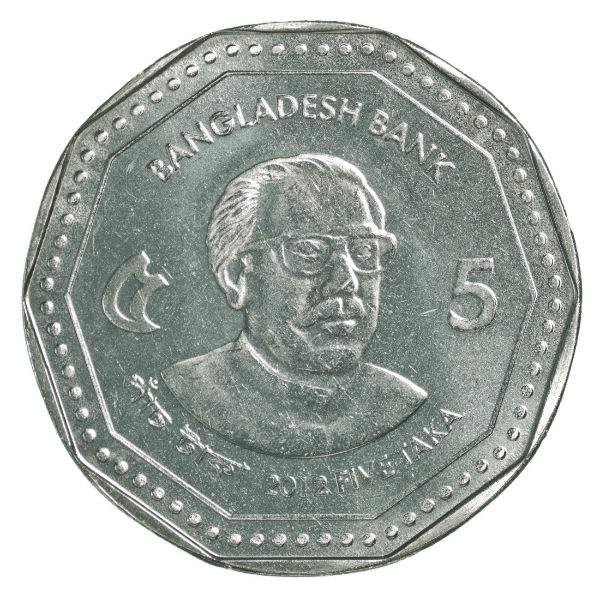 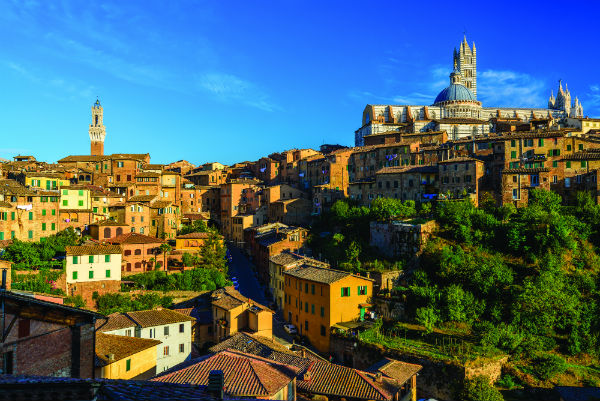 Tuscany was the only Italian cluster to show a positive sign during the first half of 2016.
Post to: