The votes have been counted and, by a narrow margin, the UK has voted to leave the EU. Although the dust is far from settled and is likely to linger in the coming months, the shockwaves are already being felt throughout mainland Europe. Andrea Guolo looks at how Italy in particular is going to face the referendum headwinds.

Brexit’s ghost hovered at the Assomac annual assembly on 24 June, held just a day after the vote that determined the exit of the UK from the European Union (EU). Directly, for machinery and technology manufacturers, nothing changes; indirectly, it’s another critical signal in addition to those in Latin America, Russia, Turkey and the uncertainties about the Chinese scenario. The overall situation is not reassuring.

For Italian producers of tanning, footwear and leather-goods machines, 2015 ended at around +2% growth, with a total turnover of €528 million, 82% of which was generated by exports and set a new record of €431.6 million, improving on the previous €422 million. This growth, as satisfactory as it may be, is markedly inferior to that recorded in 2014, when it came just shy of a two-digit increase (+9.56%).

The slowdown came from leather-goods destinations, down by about 5%, and the tannery, with a loss of four percentage points. The export progress for traditional shoemaking machinery was, however, quite high at +9.9%; mainly due to Asia, which grew by more than 23% to €29.2 million, and to the American continent, which, however, did not exceed €15 million.

The same continents determine the decrease in tanning destinations: Asia lost 6.7% and South America lost more than 30.0%, dragged down by Brazil, which is one of the most critical situations suffered by the machine manufacturers; the Latin American giant halved purchases compared with 2014, stopping at €9.9 million (-51.5%). Official figures also certify the Asian shift in tanning investments from China, which lost 20%, India (+16.6%), Vietnam (+140%) and Thailand (+148%).

There is only one effective response to counter international tensions and difficulties in the main markets – innovation. Gabriella Marchioni Bocca, in his first (and appreciated) assembly by the Italian president of technology manufacturers, repeated it several times, stressing, however, that the extra effort of the Italians (exporters of leather and footwear machinery, ahead of China and Taiwan, and with more than 40% of global share) is directed to the field of sustainability, energy savings, transparency and traceability.

“It’s truly strategic issues for the competitiveness of our businesses,” she said, “but to be a competitive leader in the world today, we must stay together, teaming up, united within the leather supply chain.”

Other associations took up the call of Assomac, by being present at the meeting. The roundtable that enriched the content of the day was attended by the tanner Giancarlo Dani, representing Unic; the leather-goods producer Roberto Briccola, representing Aimpes/Mipel; and footwear producer Andrea Tomat, representing Assocalzaturifici. The presence at the meeting of the new president of the Italian industrial association (Confindustria), Vincenzo Boccia, who was personally called to attend by Bocca due to their long friendship from associative environments, enriched the assembly’s content.

Assomac fears that business recovery, which accompany international tensions, is running out of options, so it studies to remedy the situation and provide answers that go beyond the individual capacity to stay on the market.

“Our leadership,” said Bocca, “is well-established, but times are changing, and if we want our industrial system to know how to react to the changes, we need a general policy that supports the requests of our companies and the business community [as a] whole.”

Speaking with some of the entrepreneurs in the audience at the annual assembly, there was an impression of optimism, confirmed by the business expressed by the industry-leading groups.

An example comes from Gianni Maitan, Gemata’s general manager, who said, “The latest news arriving from London and the turmoil in place will not change the course of the situation. I think there will not be repercussions for our industry, which is solid. Gemata aims to confirm the result for year-end of 2015, driven by demand from automotive tanneries.”

Italprogetti chairman Mario Serrini even suggested a double-digit increase: “I am very optimistic [and] aiming at a 20% growth at year end. We work in 80 countries and the situation is generally good. Whoever offers quality in technology and service has a positive effects everywhere, but when the level [of quality] is [only] standard, customers are not interested.”

Mauro Bergozza of Bergi Group added to this statement, saying, “I’m closing the order for production planned this year and everything that will follow will be put into production in 2017. Earlier this year, I would have not been so confident... but we have a great capacity to renew products and this is the secret of our strength. If I look back just five years, I notice that our product range has been completely renewed.”

Confidence is also dominant in footwear production. Giovanni Bagini, president of Sabal Group, emphasised the dynamism of countries such as India, the US and Eastern Europe (Slovakia, Poland, Ukraine and Belarus). “I am convinced,” he began, “that the future will be better than the present.”

Finally, at the event, Giovanni Gaia, expressing confidence with the fact that his group, Atom, recently acquired the Italian company Molina Bianchi and the English company Csm3D, stated, “The footwear industry is not in crisis, but it is at the centre of a clear shift in investment from China to neighbouring countries. We must be able to intercept these investments in new destinations.”

“The announcement of Brexit brings opportunities and threats. In the UK, those who are exporting, if sterling remains down, could gain since exports would be more affordable; those who are importing chemicals/skins, for example, will pay more. Seemingly, inflation will increase, and with it comes dangers and some relief for pensions and the retired community.

For the international community, any sort of disturbance, which this has caused and will continue to cause like ripples in a pond, is unwelcome. Will others in Europe also now look at self-determination? Catalonia, Scotland, Bavaria? How will this affect the kinder, gentler world we should be living in when we talk more about nationalism and separation? Forever, the UK will now be divided. The world may well have some very different leaders in 2017, with the stronger than ever politicos of Xi Jinping and Vladimir Putin.

For Asia, the effect should be smaller ripples, and Hong Kong’s leadership in the Asia region for finance and trade will remain strong as people look for ‘safe havens’.

So, APLF will remain the place to meet in the future.” 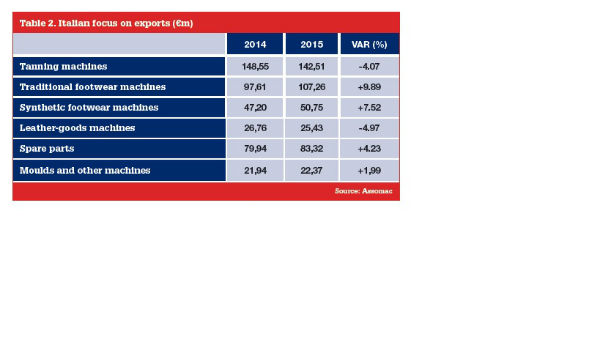 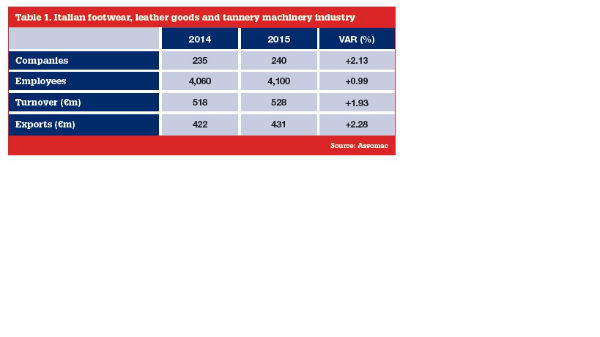