With footfall up by 2% on the February edition, the latest Lineapelle, held on 4–6 October, was heralded as a great success by organisers and attendees. Leather International reports from Milan.

On a warmish early-October morning, lively conversation extends down a lengthy queue at a bus stop outside Milan’s central train station. While Leather International found itself privy to a discourse between a Bangladeshi tanner and a group of rapt Italian designers, others across the line eagerly discussed what might be in store at the 93rd edition of Lineapelle.

If some had misgivings about Lineapelle’s new autumnal slot before the start of the three-day event, they probably evaporated upon arrival outside the gargantuan exhibition centre.

The show recorded a 2% increase in footfall for its latest edition. In total, 1,285 exhibitors, from 48 countries, came to set out their wares on the outskirts of Milan, Italy’s self-recognised fashion capital. In fact, everything about Lineapelle’s latest incarnation felt somehow magnified. Compared with the February 2017 show – itself a success – there was a 7% increase in Italian exhibitors; foreign stand-owners were up by roughly 1%.

Many of the delegates returned to Fieramilano Rho’s pavilions for the second time in just over a month, having been present at the Micam footwear exhibition, held there on 19–20 September. Representing one of its largest editions, 1,441 exhibitors attended that particular show. In anticipation of such growth, floor space was even expanded, growing by 3.5% to 47,500m2. “The numbers speak for themselves,” one Lineapelle spokesperson told Leather International.

Organisers attributed the swell in numbers to the leadership position Lineapelle has sought to establish abroad; shows are again lined up for New York and London in January next year.

While brands busied themselves presenting their wares ahead of the winter 2018/19 season, much of the hubbub in the pavilions, concourses and cafes concerned the state of the sector. The overall mood was optimistic, though it was tempered with a healthy dose of caution.

The buoyancy was particularly palpable among the Italian contingent. According to AIMPES – the Italian association of leather goods manufacturers – between January and June this year, exports grew by 15% in value, reaching €3 billion. The leap can be attributed to a recovering Italian economy; In September, government statisticians reported GDP rising at 1.5% a year. While modest – GDP is 2.2% for the eurozone as a whole – it is an achievement not to be scoffed at, considering the recent state of affairs.

As the hum of networking, bartering and mingling ascended on the first morning, Leather International watched a presentation given by the Italian tanners’ association (UNIC) on its new project, ‘Exploring Italian Leather Sustainability’.

Developed in partnership with the Romebased Accademia Costume & Moda and Gucci, the one-year project – which finishes in October 2018 – promotes interaction between the fashion world and further education to create greener designs.

As part of the new initiative, third-year students studying for diplomas in costume and fashion at the academy are to follow a brief given by Gucci to create a new capsule collection, using only materials from tanners signed up to UNIC’s sustainability manifesto.

A number of meetings and workshops are scheduled for the year ahead, as is the unveiling of a new Gucci centre of excellence for leather goods and footwear in 2018.

Other interesting sessions held on the floor included a design workshop given by Stefano Paiocchi, lead architect at the esteemed Zaha Hadid Architects studio, as well as another sustainability presentation on the second day, held by the Zero Discharge of Hazardous Chemicals (ZDHC) programme.

As the weather outside remained pleasant, the pavilions remained busy for the lion’s share of the event, only dropping away on the final afternoon.

Today’s complex economic environment, particularly in Europe, means no business is ever guaranteed. But just as was witnessed in the previous edition of the show, visitors from some of the markets hit hardest – such as Germany and Russia – nevertheless made the trip to Milan.

Lineapelle is often seen as a bellwether of the state of the industry. From what Leather International witnessed during its time in Lombardy, the future is far from gloomy. 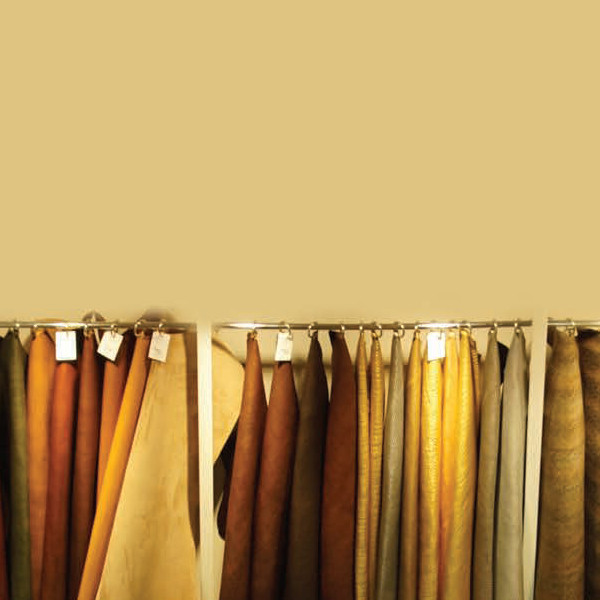