For decades, tanneries were blamed for polluting the environment and disregarding the health and safety of employees. The conditions in some workplaces were considered insalubrious, especially in developing countries. This view has changed: experts in the field attribute this positive switch to a new mindset adopted by tanneries, with an emphasis on engaging with local communities. Sabrina Auler explains how these social responsibility initiatives offer a good deal for both manufacturers and communities.

In the late 1990s, tanneries became more aware of their impact on the local environment, adopting a more socially responsible approach to production. This was a major turning point for the industry, and efforts to engage with communities continue to play an important role. According to Stephen Sothmann, president of the Leather and Hide Council of America, social responsibility is one of the main pillars of sustainability as a whole, alongside environmental and economic activism. Therefore, Sothmann explains, social initiatives are a key part of the equation for tanners and other players in the leather industry that strive for sustainability in all operations.

Despite the clear shift in industry attitudes in recent decades, there are still some leather manufacturers that continue to flout the rules of clean production, particularly in countries where enforcement may be lax. However, these companies form only a small part of the international supply chain: for the vast majority of the global leather industry, especially companies supplying materials to top brands, this situation is a thing of the past. “The leather industry has evolved along with its consumers, brands and government regulatory bodies in the past few decades to invest heavily in social and environmental responsibility programmes, in an effort to be a good part of the community,” Sothmann observes. “So, it is both inherently the right thing to do and increasingly an economic imperative for any company that wishes to remain internationally competitive.”

Andreas Kindermann, president of Cotance, explains that there are three essential areas of investment that should be considered when developing a social responsibility strategy. “Thinking of the environment is crucial, so reducing waste and recycling are key. The reduction of water, energy and chemical usage is extremely important, as is an efficient cleaning and recycling process for resources used,” Kindermann says. “Similarly, it is vital to protect employees, as workers must have a safe and clean environment to perform their tasks. Child labour is unacceptable and tanneries have to enforce equality among their workers,” he adds. “Lastly, tanneries have to extend their social responsibility concerns to their supply chain, ensuring that their partners follow the same rules.”

“Thinking of the environment is crucial, so reducing waste and recycling are key. The reduction of water, energy and chemical usage is extremely important, as is an efficient cleaning and recycling process for resources used.”

Kindermann affirms that, in order to be efficient, any corporate social responsibility (CSR) programme needs the support of management. He believes that CSR is something that all departments within a tannery should embrace, since producing in a socially responsible way requires commitment as much as it requires a change of mentality.

Dennis King, executive officer of the Australian Hides, Skins and Leather Exporters Association, shares this view that the secret to effective CSR is embedding these values into the culture of the business and the industry. King believes that when the drive comes from the top and infiltrates the entire organisation, the results will be more meaningful. He understands “social responsibility in the leather industry as a commitment to making a positive impact on the environment, people and animals”.

According to King, social responsibility is no longer optional for the leather industry, but a condition of global business as the Leather Working Group (LWG) audits widespread parameters that cover many of areas of social responsibility, including energy consumption, water usage, raw material traceability, restricted substances, air and noise emissions, waste management, manufacturing processes and working conditions. “Leather has the benefit of being an organic material that is durable, recyclable and makes use of a resource that would otherwise end up in landfill. The industry as a whole now has to ensure the tanning and manufacturing process is more sustainable than that of artificial leathers, in order to convince consumers that it is the ethical choice,” he comments. “Therefore, it is vital that leather manufacturers follow social responsibility principles because many global brands only source from tanneries that demonstrate traceable, sustainable and ethical practices.”

Shake off the bad reputation

When it was established in 1998 as an extension to an existing family hide and skin business, Geelong Leather was afraid that the population of Culcairn, Australia, would not be pleased to be the host town for the factory. Back then, as Andrew Hassall, director of the company, recalls, “Tanneries had a poor reputation of being polluters and unfriendly to the environment, so many of the locals were originally against the tannery being built in the area.

“However, through the years, Geelong Leather has been able to demonstrate its capacity for being socially responsible, mostly through building strong relations with the local council, community and environmental protection agencies,” he says. According to Hassall, since the tannery has started its social responsibility journey it has spent over $10m on various projects. The Australian tannery underlines its initiatives on the environment, as reducing its energy use and carbon footprint is a priority for the factory.

Of the different projects undertaken by Geelong Leather, Hassall highlights its solar generation programme. The tannery has a 200kW system, which is currently in the process of being increased to 400kW thanks to the good results it has delivered so far. By installing solar farms along with power correction units, the company has been able to prevent about 20t of CO2 from being generated each month. In addition, using the additional solar energy to heat water instead of gas has reduced the plant’s natural gas consumption. This kind of project is a great step towards cleaner production and, as Hassall explains, will have a payback period of 4.5 years due to ever-increasing energy prices.

Hassall also identifies another key strategy that forms part of the leather supplier’s social responsibility programme: its water-saving project. “Water is necessary for the tanning process because of how it transports the chemicals into the leather. We are selfsustainable on rain and ground water, and have made incredible water-saving changes over the last decade,” he explains. “The industry average is 20–25L of water per kilo to process and tan leather. We have reduced our usage through non-traditional drums and only use 12.5L of water per kilo.”

If, in the past, the 1,000 inhabitants of the small rural Australian town were apprehensive about having a tannery build in the neighbourhood, these days they seem to be the factory’s main advocates. “A high percentage of the town’s population is either directly or indirectly employed by the tannery, making us a valuable part of the community. Today, the town is very supportive of the tannery and their constant positive engagement has ensured our ongoing success with our sustainability projects,” says Hassall.

Wolverine Worldwide Leathers, founded in 1908, has produced a wide range of leathers throughout its history. The factory is now focused on the production of pigskin nubuck leather. Its corporate office is located in Rockford, Michigan, and has manufacturers based in China, Vietnam and New York. The company produces two million square feet of leather each month – and the plants were designed to handle an even higher capacity.

Wolverine Worldwide believes social responsibility is an approach deep-rooted in the organisation’s way of production. The company demonstrates its good intentions by conducting a programme called ‘Making the World a Better Place’. The project includes initiatives that cover environment, inclusion and charity, among other matters.

“Making the World a Better Place is a pillar for us,” says Suzanne Johnson, the company’s vice-president of global marketing. “Our commitment to growth goes beyond financial performance and must be tied to social responsibility in all forms, so we manufacture with essential elements such as environment, diversity, philanthropy and responsible sourcing in mind.

“Our social responsible strategy advocates and protects the environment. We actively seek out sustainable business practices to reduce and manage our impact on the planet. This commitment includes inspiring our global communities through environmental education and awareness. We believe that the steps we take today will leave less of a footprint tomorrow,” she continues.

In 2019 Wolverine Worldwide donated $1.2m to 75 organisations throughout local communities. This was just one of a series of humanitarian activities proposed by the company, which seeks to involve most of its 3,800 employees in its charity work.

“Making the World a Better Place is a global project that our teams around the world voluntarily take part in,” Johnson says. She described a few examples of staff engagement with philanthropic campaigns – for example, the company’s China team hosted an event to promote donating blood. The same group also spent a day at an elderly care facility, having lunch and socialising with the residents. On another occasion, Wolverine’s staff members had a clean-up day on a beach in Southern China. In the US, meanwhile, employees held a diaper drive in 2019 that resulted in the donation of over 1,300 diapers to local charities. “Engaging with local communities is certainly important. We have had very positive feedback from organisations that appreciate the time our associates donate,” Johnson summarises.

Fuga Couros is a Brazilian organisation founded in 1947, located in the city of Marau. Specialising in garment bovine leather, Fuga has more than 2,500 employees and is another example of success in social responsibility. Since 2003 the company has provided funds to maintain the Jose Fuga Cultural and Assistance Foundation, a non-profit organisation that aims to promote the ideals of solidarity and community action within the tannery’s neighbourhood. “The NGO is committed to ensure that local young people are given educational and cultural opportunities,” says Taís Fiorentin Lombardi, cost and sales analyst at Fuga Couros.

The foundation’s projects are free of charge for all children in Marau. The services and facilities available include an open library, musical choir, home economics and professional initiation classes, English lessons, and digital inclusion courses for children and adults.

“Maintaining this project is very important as our programmes can help to support children that cannot afford to take any courses to start developing their skills,” says Lombardi. In 2019 the Jose Fuga Foundation reached 166 children. The company has proved to be an important part of Marau’s community, which has a population of about 43,000 people.

Seeing the impact that the leather industry can have on people’s lives, it seems clear that social responsibility initiatives are a good deal for both tanneries – to raise their reputation – and the local communities that directly benefit from funds and support. 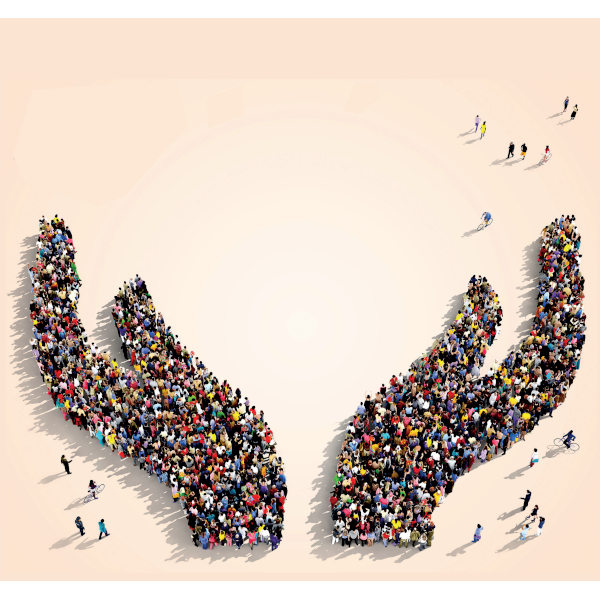 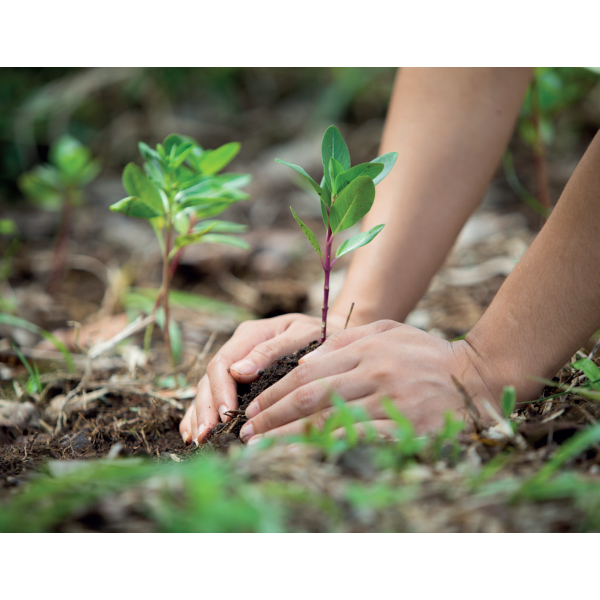 Leather companies around the world have sought to engage their employees in initiatives to reduce their impact on the planet.
Post to: