Leather International reports from midsummer in the Big Apple, where the sweltering temperatures contrasted with the opaque wintry hues, metallics and pebbly textures on show at a mineral-themed Première Vision New York held on 17–18 July.

Launching trends for autumn and winter 2019 and 2020, Première Vision New York (PVNY) projected a season characterised by nurturing casualwear worn best with purples, sturdy neutrals and striking contrasts. “One of the great trends for the next season is this kind of mineral aspect,” commented Julie Greux, associate fashion director at Première Vision. “We really want to focus on shimmering, the moving of surfaces.”

Five tanneries represented this season’s edition as opposed to the one booth, Istanbulbased Emelda tannery, at the last one in January. Emelda was here again, but had to share floor space with Italy’s Arbor tannery, France’s vegetable tanning experts Ets Azais et Cie – who were still in the mood to celebrate and had mock World Cup trophies and wonderful food and wine – Chennai-based Rathnam Leathers and the UK’s Walter Reginald Group.

The show didn’t take up as much space in Pier 94, with the seminar room put into the middle of the floor and headphones handed out so audience members could hear above the surrounding din. AR Senthil Kumar, vice-president at Rathnam, said that the second day was better than the first, accounting for the ebb and flow to Lineapelle in Chelsea across town over the same days.

ETS was happy to participate even though it is adapting to low volumes of high-end skins despite the boon potential in the North American market. Antoine Azais, company director, held up a Mont Blanc Pen and a Bic, saying that people wanted the quality of the former but the price of the latter, and the market at the moment was demanding more accessible products amid a glut of average hides.

The overall impressions of the show for Walter Reginald were positive, though, having the benefit of being at the summer edition of PVNY since it started. Granted, that was only a few years ago for leather, but business has increased exponentially from show to show despite a modest presence from the leather sector.

“We have always done business in the US and Canada for the past 50 years, and have an insight to the North American customers’ needs,” said director Malcolm Proops. “As for Europe, we supply a few customers dotted around but not a significant number. China and India, we have and still ship goods there on behalf of UK customers, but trade overall is tough.

“The garment business is having an upturn in the trade, though, and we feel that this will carry on for a couple more years. Interiors are having difficulties as all the high spec that is needed is putting off designers and architects to a degree.”

Carlin Creative Trend Bureau’s Jeanine Milillo spoke at a seminar on personalisation versus globalisation. The fashion, beauty and trend expert extolled the progression of the digital home and how the wardrobe is becoming a new space for commercial interaction. Amazon Echo and VR are blurring the lines between the retail and home experience. But she was also critical of fast fashion and the shameful copying of brands, or fashion plagiarism.

But some brands were taking a proactive, and slightly irreverent, approach to the problem. Diesel, for instance, set up a pop-up shop during fashion week in February on Canal Street in lower Manhattan, which is notorious for counterfeit goods.

The label was selling genuine items alongside fakes to illustrate the concept of inclusiveness. “This is the theme for brands going forward,” said Milillo. 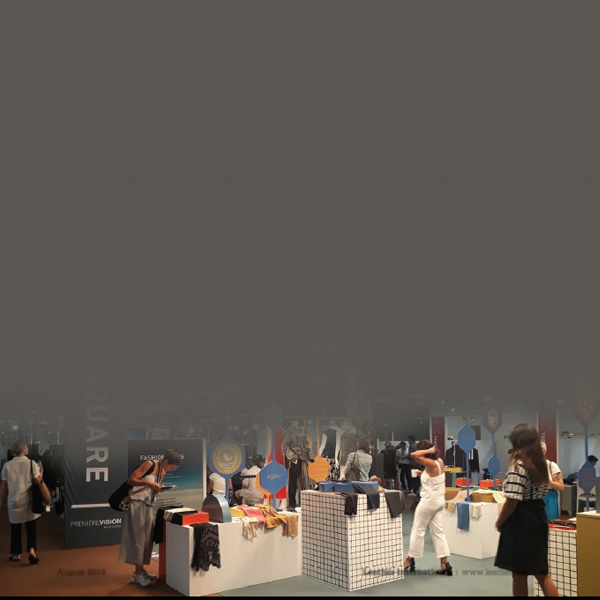