The restriction of certain dangerous substances according to REACH (Registration, Evaluation, Authorisation of Chemicals) as well as the Restricted Substances List (RSL) requirements promoted by various renowned brands oblige tanneries to more numerous analysis with undesired conflicting situations on false positive tests results. This situation is worsened by the voluntary reduction of requested detection limits far below the levels recommended by the accepted ISO methods.

In this context, ISO 17070:2015 was extended in its current version from the determination of pentachlorophenol to tetrachlorophenol, trichlorophenol, dichlorophenol and monochlorophenol isomers. Some brands also included under this technique the orthophenyl phenol (OPP) analysis, requesting a quantification limit below 1mg/kg for all analytes. The present paper proposes a new HPLC-DAD-MS direct method for the verification of chlorophenols-positive cases, and its extension to leather chemicals analysis, as well as the discrimination among false positive cases and real positive ones. The paper also illustrates case studies reporting differences in the quantification of the said analytes and the chlorophenol scission in different analytical conditions.

Chlorophenols is a family of substances traditionally used as pesticides, herbicides and fungicides, but also as intermediates for dyes production. Following the limitation of use in many countries of entachlorophenol, different norms were developed for its determination on different materials.

In some voluntary analytical protocols, ISO 17070 method was also extended in scope to the quantification of orthophenylphenol (OPP) and 4-chloro-3-methylphenol (PCMC) known as chlorometacresol (CMK). Both additional analytes have a more accurate dedicated method (ISO 13365:2011 (IULTCS/IUC 29))3 developed for HPLC, and with a demonstrated higher accuracy than the said adaptation.

The grinded sample is dispersed in a 1ml solution of H2SO4 and steam distilled. Acidic media is needed for the correct solvent separation of this analyte. At least 450ml of distillate is collected in a K2CO3 solution. This solution is brought to a final volume of 500ml, from where 100ml is taken to undergo acetylation. This reaction is achieved by adding acetic anhydride (OPP, OIT) content in leather by liquid chromatography and triethylamine catalyst in a separating funnel where the carbonate solution is in contact with hexane. For quantification, the hexane phase containing acetylated chlorophenol is then injected in GC-MS, comparing it with a similarly prepared internal standard.

Considering that this method includes a relatively long preparation technique, uncertainty becomes relatively high below 5mg/kg, leading to frequent false positive results, specially if quantification limits are requested below 1mg/kg. Because of these critical points, we have studied a simpler direct method to confirm the effective presence of chlorophenols in suspected false positive analysis, or in cases where the requested quantification limit enters within the rumour levels of the GC-MS detector.

The HPLC-MS direct method for chlorophenols determination was developed both for leather and leather chemicals. For leather, a sample was grinded, weighed and extracted in an ultrasound bath for 20 minutes with an aliquot of terbutylmethylether, taking the supernatant solvent and repeating the operation another two times, collecting together all three extractions. The extract is dried with a rotary evaporator and dissolved in 2ml of methanol, filtered with a 0.22m nylon filter into a 2ml vial and analysed in HPLC-DAD-MS.

In Table 1 (following page) we have reported the target m/z ratios used for the identification of the different chlorophenols basic types.

The recorded mass signals for each chlorophenol showed the typical behaviour originated in the typical isotopic abundance of the chlorine atom. Each chromatographic peak shows a signal where the target mass is associated to one or more mass peaks, which differs of two mass units related to the number of chlorine substituents present on the phenolic ring. This effect, due to the natural abundance of the two stable chlorine isotopes 35Cl and 37Cl respectively, is in a 76/24% ratio. We consider this effect a very clear evidence for chlorophenols identification.

Results obtained by means of ISO 17070:2015 and HPLC-DADMS direct method were aligned within a reliable quantification limit of 1mg/kg of tetrachlorophenol and considering a workable uncertainty. Many retests done on samples reported positive with ISO 17070:2015 below 1mg/kg and demonstrated in many cases the absence of the typical isotopic masses pattern, thus showing the false positive result. In some cases, the method allowed to determine the presence of pentachlorophenol and tetrachlorophenols within the 0.1mg/kg to 1mg/kg range, where the said effect was very evident. The HPLC-DAD-MS direct method helped for a quick quantification of chlorophenols traces on dyestuffs, and dyes intermediates.

Most tests carried out for the validation of this test method gave reasonable results on leather samples and chemicals, considering a reasonable uncertainty level. In the positive cases found, it was demonstrated that the use of the detected chlorophenol was a precursor of related dyes intermediates. A peculiar case was observed with a monoazo dye, which gave positive results in the order of 100mg/kg with the indirect method, but negative results with the direct method. In this case, we suspect a break of the C-N bond of the monoazo dye during distillation or acetylation. An analogous case of C-azo coupling reversibility was published in 1998 by VS Mokrushkin and MA Bezmaternikh in ‘The first example of reversible C-azo coupling in a series of aromatic and heteroaromatic compounds’. Further tests are being performed to demonstrate this eventual radical degradation.

Conclusions from the study

The proposed direct HPLC-DAD-MS method shows quick and reliable results, demonstrating eventual false positive results on the lower detection limits. Further tests are being performed to detect the possible generation of chlorophenols during distillation and acetylation when applying ISO 17070:2015 on halogenated substances. 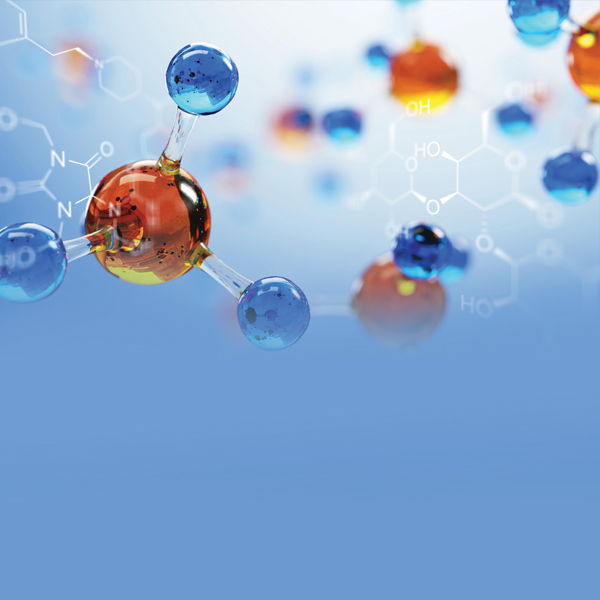 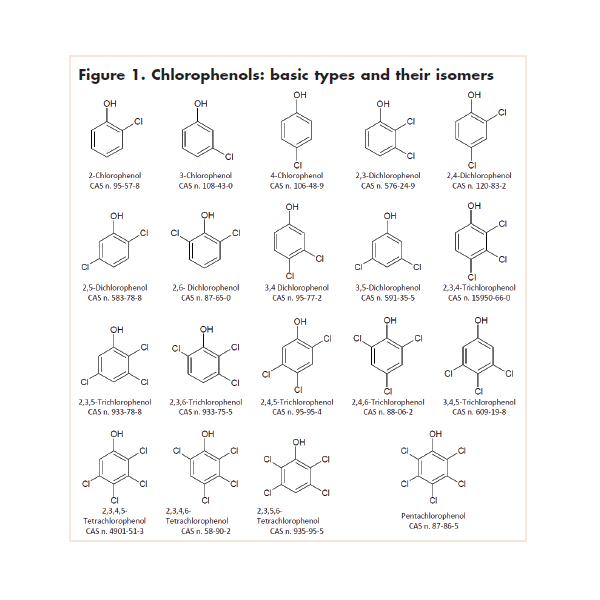