Italian leather: pushing through the pandemic

Italy is one of the pre-eminent leather producers in the world but, like many other countries, it was hit hard by the Covid-19 pandemic in 2020. Jim Banks looks at what makes Italy the home of fi ne leather and how it hopes to emerge from a challenging year stronger than ever.

The tanning industry in Italy is huge, with more than 1,100 companies, around 17,000 workers and an annual turnover in the region of €3.5bn – the vast majority of which is derived from exports. On the global scale, it stands like a giant, accounting for more than 60% of production in the EU and just short of one-quarter of the world’s supply. But how has it achieved that level of dominance? What makes Italy synonymous with the best in leather?

In recent years, the industry has made great investments in innovation and technology to not only create better products, but also reduce the environmental impact of the tanning process. Yet this recent activity merely serves to hold up those standards that have been developed over many decades – if not centuries – in the different leather-producing regions, each of which has its own idiosyncrasies.

The Veneto region, for example, is home to one of the largest tanning districts in the world. The Valle del Chiampo covers around 130km2 and predominantly works with large bovine hides for the upholstery and footwear sectors. Tanning first began there in around 1,300AD, though the industry only started to grow rapidly in the 1920s. Currently, it accounts for almost 60% of national production capacity.

Then there is Tuscany, where the industry took off in the mid-19th century, leaping forward in the 1950s and currently making up just under 30% of national production. Here, the high degree of craftsmanship using small and medium-sized cowhides is the industry’s hallmark. In Campania, the tanning of small hides – as well as sheep and goat – for the clothing and footwear sectors is the main focus, with the main thrust of growth coming since the early 1950s.

The industry first took shape in 1282, when the formation of the Leather Workers Guild (Arte dei Cuoiai) was born, though leather production stretches back many centuries before this data, but it has greatly expanded since the start of the 20th century, driven in part by the preference of leading Italian fashion houses for fine leather goods. Since then, leather production has gone from strength to strength, building a becoming synonymous with quality and tradition.

“The negative results for the average revenue of tanneries aren’t surprising [...] the situation reduced to the minimum the number of comments relating to the market situation, which appears to have been heavily impacted by the Covid-19 consequences.”

Premium Italian leather is full-grain, robust and vegetable-tanned, benefitting from knowledge passed down through generations of master tanners that results in superior colour and texture. Yet this reliance on heritage is coupled with a desire to invest in the latest technological innovations. Around 80% of the industry’s tanning machinery is produced in Italy, which shows why the country’s tanneries are aligned with the latest technological capability.

It is no surprise, therefore, that the industry has thrived for more than 100 years, but its dominance has not made it immune to the effects of the Covid- 19 pandemic.

The price of the pandemic

Back in 2019, the industry was prospering. Italian leather manufacturing accounted for 65% of the industry’s value creation in Europe, and 23% globally. With the onset of the pandemic, however, exports fell by 27% due to a huge drop in demand. At the same time, the growth of leather production in relatively low-cost countries – among them India, Brazil and China – was already starting to have a noticeable impact.

Though tanneries in Asia and elsewhere, where chrome tanning is more prevalent, cannot compete with the Italian industry in terms of quality, the inexpensive and inferior alternatives for mass-produced products nevertheless appeal to some customers and bite into the profitability of Italian manufacturers.

In the first nine months of 2020, the country’s leather exports dropped sharply, according to the Italian Tanners’ Association (UNIC), which reported in December of that year that the downturn equated to a 22% decrease in production volumes. It noted that in the third quarter of 2020, “the negative results for the average revenue of tanneries aren’t surprising”, adding that “the situation reduced to the minimum the number of comments relating to the market situation, which appears to have been heavily impacted by the Covid-19 consequences”.

Heading into early 2021 the situation remained bleak, with only the upholstery market showing encouraging signs of recovery during 2020. Of course, it was not alone in suffering a decline, with all major European competitors having experienced at least a 20% drop in sales during 2020, and China seeing a 14% drop.

“We will close 2020 with a downturn characterised by losses of between 25% and 35%,” remarked UNIC president Fabrizio Nuti at the end of the year. “I believe the first quarter of 2021 will continue to suffer from the pandemic’s effects”.

Exports for 2020 are estimated to have fallen by around €2.7bn, having seen strong growth in the two previous years, and retail sales in Italy – which were hit hard by lockdowns – fell by more than 24%. The growth in online sales was not enough to make up for falling household consumption and the collapse of tourist purchases.

Even when lockdowns were lifted, the expected rebound in sales did not materialise. Sales and exports at the end of the year were weak, and that trend continued into early 2021. Then came the second wave of the pandemic.

Overall, the leather supply chain suffered most from the closures during 2020. Handbag sales were the hardest hit, with a drop in value of 21.5% compared with the previous 12 months.

With the future of domestic sales and exports so unpredictable, and mounting pressure on the industry to maintain its workforce in anticipation of a recovery, there was strong pressure to adapt to survive. Tanners and leather manufacturers worked hard to improve their service, meet the needs of existing and potential clients and, ultimately, boost sales as much as possible. In 2021, those efforts seem to have borne fruit.

The road to recovery

For 2021, the picture has been mixed in terms of exports, due to the ongoing pandemic, but the overall trend has been more positive. There have been periods of contraction, such as in August, when exports of leather and leather products fell to €1.39bn from €2.17bn in July of 2021. In June, however, exports had grown by more than 30%. The industry has proven relatively resilient over the years as a whole, but the market is – to say the least – volatile.

In such circumstances, there were calls for the industry to act together as supply chains reopened to develop a cohesive vision of how it could work to maintain its leading position in the global market. Data from the Economic Observatory of the Ministry of Foreign Affairs confirmed that Italy maintained its position as the second-largest exporter of leather goods at global level during the first half of 2021, but the rate of recovery of sales to major markets remained hard to forecast.

For the industry, 2021 would be a moment of truth. Only a major recovery over the year of lockdowns would show that it could weather the storm without major disruption and reorganisation. In the second quarter, the signs already appeared to be good. Analysis showed that industrial production rose by more than 43%, while the value of exports went up by more than 31%, largely driven by luxury goods. Domestic retail sales also rose by nearly 23%.

Furthermore, a survey conducted by Confindustria Moda, the federation representing Italy’s fashion and textile industry, showed an average increase in turnover among leather goods manufacturers in the first half of 2021 of 29.5% compared with 2020. However, only 28% of those surveyed reported reaching or surpassing the revenues of the first half of 2019.

Whether this recovery continues and figures for sales and exports will be able to push ahead of the totals for 2019 depends on many factors, not least how well industry players can build on their existing partnerships and create new supply chain relationships both at home and abroad. Embracing the digital dimension to the industry will also be a key factor, as so much has relied on face-to-face interaction at trade fairs in the past. Now the world is more geared to video conferencing, online shows and e-commerce.

Some forecasts suggest the slow recovery will continue into 2022, partly as innovations in design and the use of exotic leather to manufacture products have enabled manufacturers to cater to the demand for high-end and premium customers. Furthermore, major market players are not only embracing omni-channel sales with increased use of digital platforms, but they have also shifted their focus towards designing personalised and customised leather goods to entice customers with exclusive products.

The consensus among market analysts is that customised goods, a commitment to traditional vegetable-tanned leather and environment-friendly tanning processes, and digital marketing strategies will be key to growth for Italian leather producers.

Challenges certainly lie ahead, with UNIC pointing out that rising prices for raw hides, skins and chemicals will exert pressure across the leather supply chain. But by drawing on the age-old skills within the industry, continuing to embrace technological innovation and working together, tanners and leather manufacturers can continue to weather the roughest market conditions and recover from the effects of the pandemic in 2022. 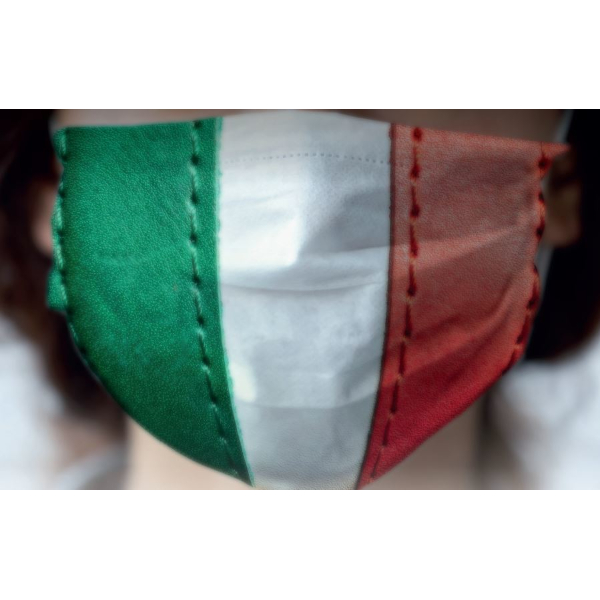 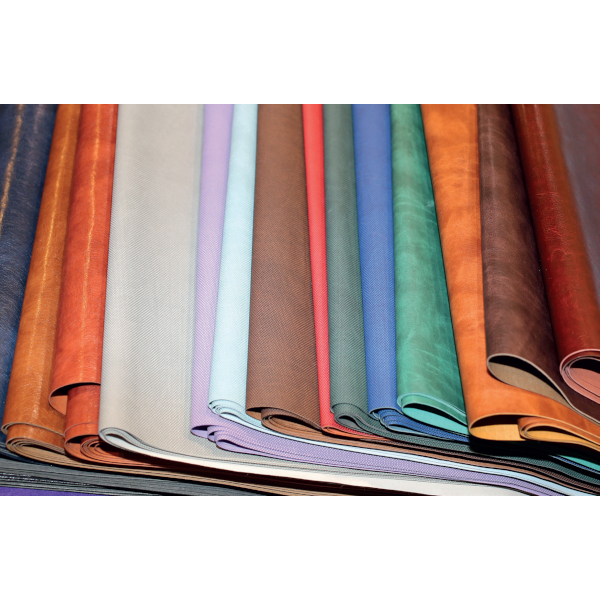 The superior colour and texture of premium Italian leather has been achieved through generations of knowledge and expertise.
Post to: