Along with India and China, the Brazilian leather sector is one that continues to celebrate an increase in exports. As the Latin nation thrives, Leather International details the latest market news, trends and insights to put present the evidence for this emerging nation.

Encouraging news has recently been announced by the Department of Foreign Trade from the Ministry of Development, Industry and Foreign Trade (MDIC), a cabinet-level federal ministry for Brazil, which highlights that leather and skin exports increased in March.

During the third month of 2015, sales from the Brazilian leather sector to foreign markets reached $255 million. The number represents an increase of 1.0% in comparison with the same month last year, when exports reached a total value of nearly $2.5 billion. In relation to February, there has been an increase of 30.5% in Brazilian exports.

"The sector receives the news with great satisfaction, since numbers reflect the segment's effort to remain competitive in an economic scenario as challenging as we are facing in 2015," says José Fernando Bello, executive president of the Centre for the Brazilian Tanning Industry (CICB). "Therefore, we intend to keep on stimulating the industry to draw strategies that maintain, or, when possible, increase Brazilian leather exports.

"The Brazilian leather sector is aware that 2015 is a year of economic challenges. We know the market is going to be 'prudent' in the next [few] months, so we do not expect great growth. We want to keep the numbers of 2014 though," he adds.

Exports of hides and skins presented by SECEX (Foreign Trade Secretariat) for March 2015 also recorded that the amount of hides, considering only cattle hides, that month were shipped at 3.2 million pieces, an increase of over 29% compared with February, when the total was 2.5 million.

During one of the most celebrated design events in Italy, Expo Milano, the world's most important trends and innovation exhibition, Brazil S/A exhibition space has dedicated a special place to leather produced in Brazil. From 14 April until 24 May, the Brazilian leather sector's innovative project Design na Pele was presented at an exhibition in conjunction with the University of Milan.

Applauded by professionals across the industry, Design na Pele is a sectoral project focused on the international promotion of leather produced in Brazil and CICB in partnership with Apex-Brasil (the Brazilian Trade and Investment Promotion Agency).

The project takes renowned designers inside Brazilian tanneries in order to challenge them to explore the endless possibilities of leather, as well as its creative capacity. Celebrated fashion stylists Ronaldo Fraga and Heloísa Crocco, one of the first artists to adventure into artisanal handicraft, are the names responsible for conducting Design na Pele.

The exhibition inaugurates the project's second edition, which runs under the central theme of Escritas (writings). For this edition, 12 participating tanneries create articles under one common theme - to tell the stories of historical Brazilian cultural with leather elements and design.

During the first week of the exhibition, Design na Pele attracted international visitors and designers, including contemporary design icon Philippe Starck, who is renowned for his work with Pierre Cardin. 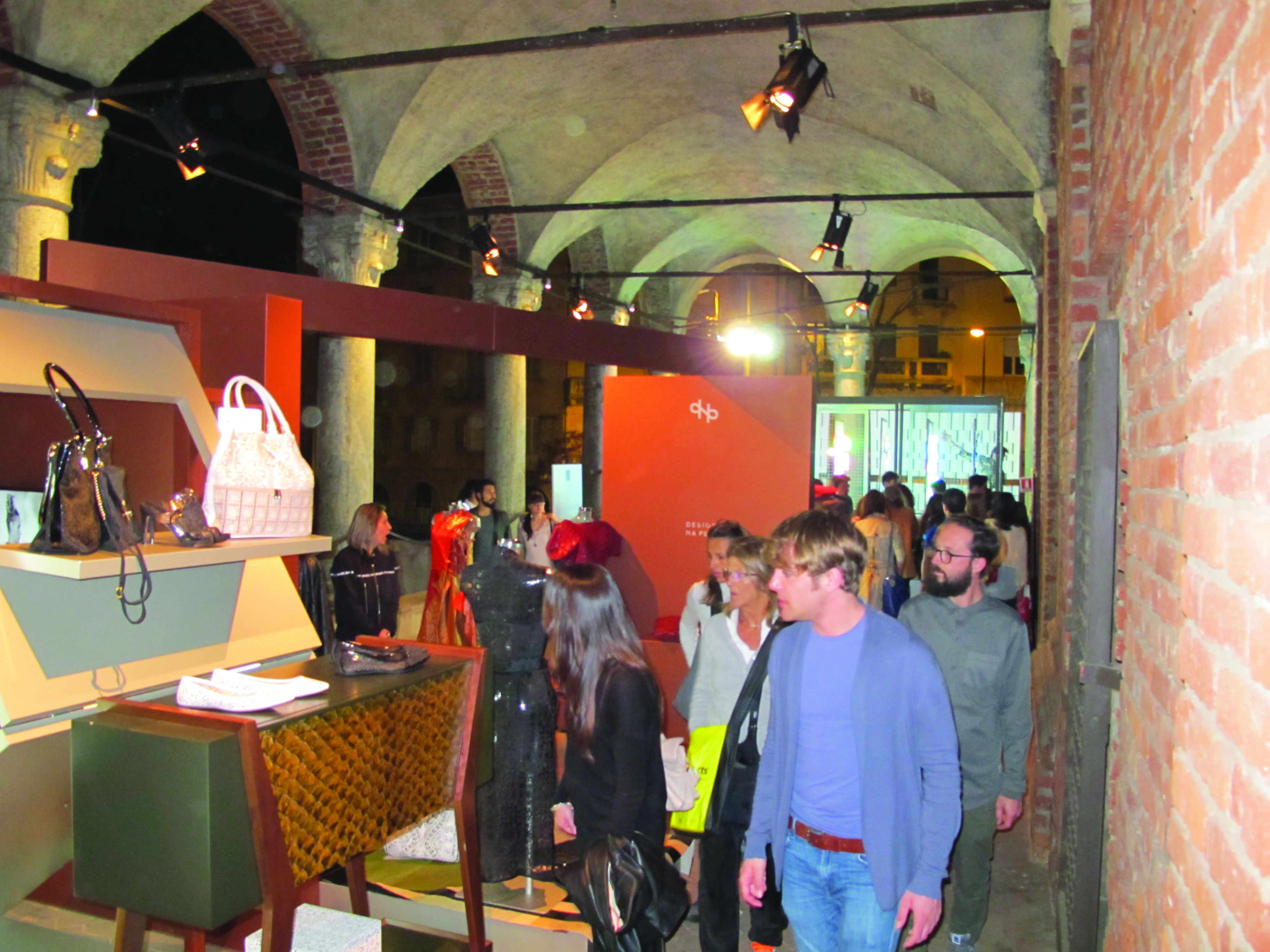 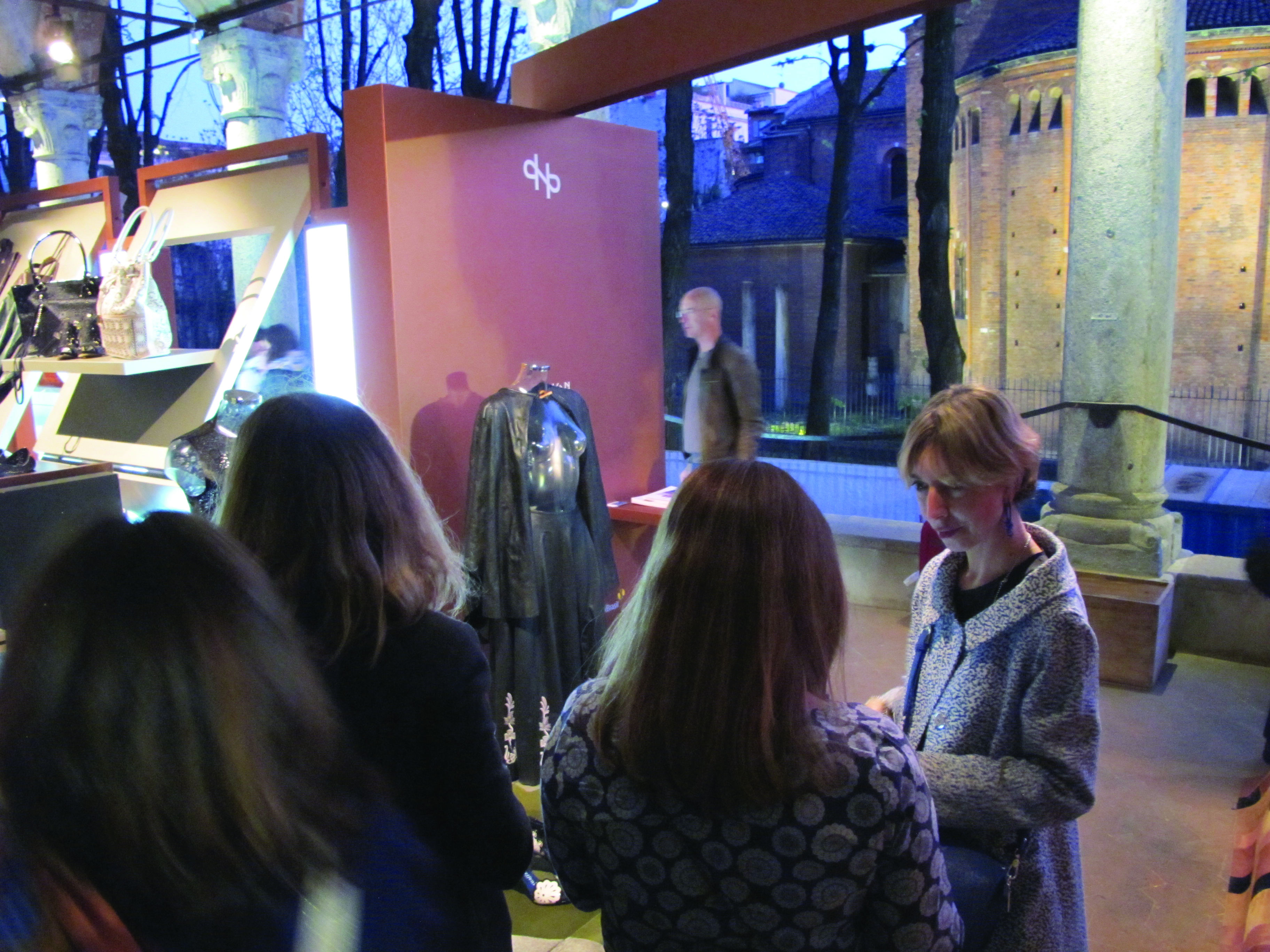 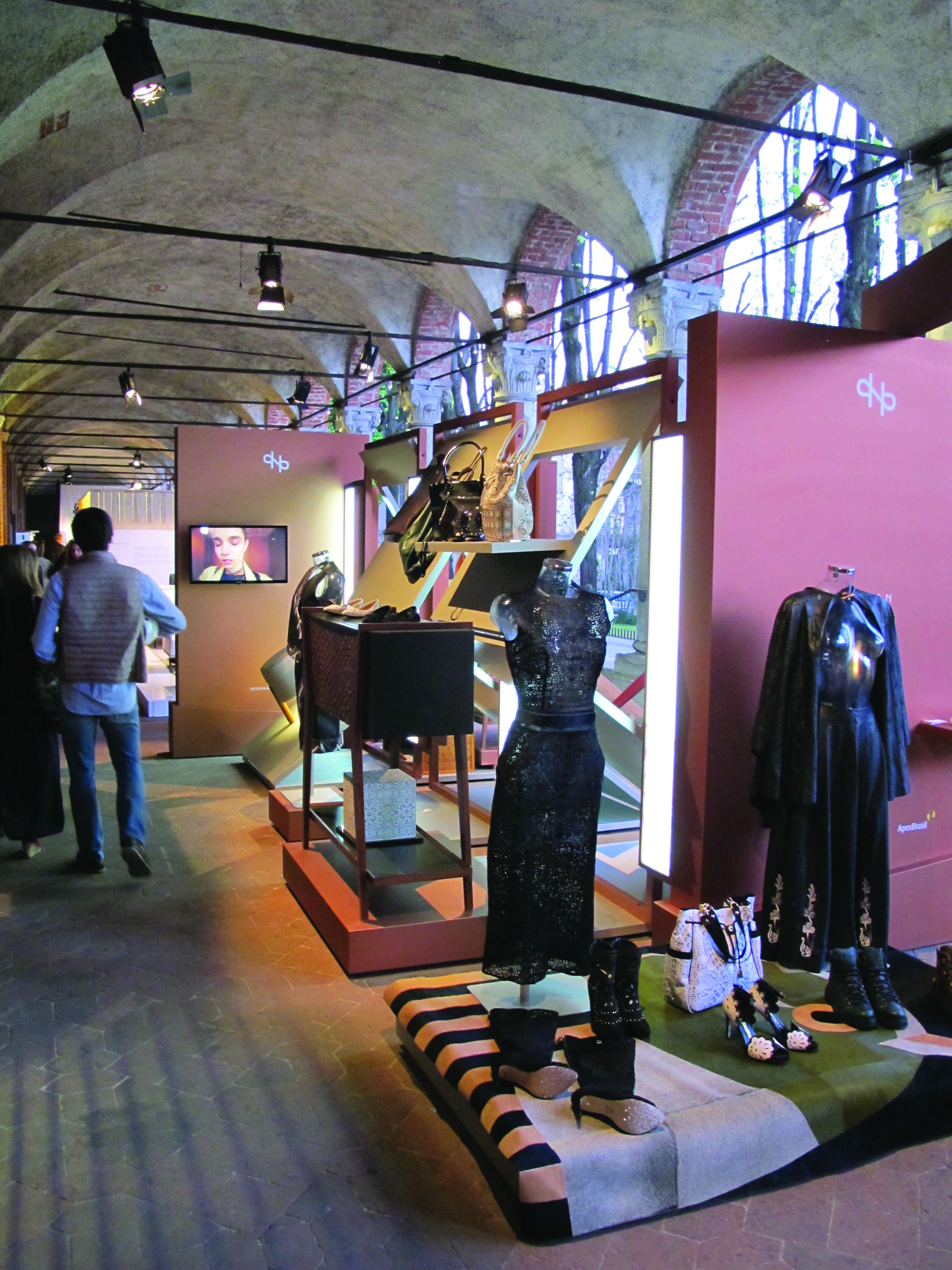