In this edited extract, AD Ballantyne and SJ Davis of the Institute of Creative Leather Technology (ICLT), University of Northampton, look at modelling the charge across pH and isoelectric point of bovine collagen during leather manufacture.

Collagen is of critical importance in leather due to its unique hierarchical structure based on the triple helix of tropocollagen. However, in the context of leather manufacture, the manipulation of charge on the collagen substrate is of equal importance as manipulation of charge is prevalent throughout almost all stages of wet processing. It is primarily responsible for swelling during liming, deswelling during deliming, determination of suitable pickling pH for the appropriate tannage and control of penetration and fixing of tanning, retanning, dyeing and fatliquoring agents.

The charge on collagen originates from the presence of acidic and basic amino acid residues that, depending on the amino acid and pH, may be positively charged, negatively charged or neutral. Aspartic acid (Asp) and glutamic acid (Glu) have side chains that have a carboxylic acid group present that, depending on the pH, may either be in its neutral protonated form at lower pH or its negative deprotonated carboxylate form at higher pH.

Histidine (His), lysine (Lys) and arginine (Arg) each contain side chains that may be in a protonated in positively charged form at lower pH or a deprotonated neutral form at higher pH. Tyrosine (Tyr), an amino acid containing a phenolic ring, is also acidic, being in either its neutral phenolic form at low pH or as an anionic phenoxide at high pH.

There is a pH range between pH six and nine where predominantly carboxylate and ammonium groups are present. It is within this region that is generally accepted as ‘full neutralisation’ in leather manufacture. The isoelectric point of collagen can be found within this region at approximately pH of 7.4. The IEP is a fixed pH where the sum of positive and negative charges of a substrate – in this case collagen – are equal and thus there is no overall charge. At pHs below the IEP the overall charge will be positive as progressively more carboxylate are protonated, reducing the negative charge component. PHs above this the charge will be negative as progressively more ammonium groups are deprotonated, reducing the positive charge component. IEP is often discussed in isolation with the implication on charge of collagen at a given pH, often only inferred from the IEP value. A more holistic approach is to consider the charge on the collagen substrate across a broad pH range, providing not only information about the pH where there is neutral overall charge (IEP) but also all other pHs as well.

Description of model and calculations

Bovine skin collagen is predominantly composed of Type I, the composition of which is well understood. The amino acid profile of bovine hides used in the generation of this model is detailed in Table 1.

One limitation of the calculation is the measurement of acidic amino acids. Those containing an amide group but otherwise indistinguishable structures (Asp/Asn and Glu/Gln) are difficult to measure independently, as the amides are converted into acid residues during the protein digestion process necessary for the measurement of concentration.

This has limited implication in this case as their respective molecular weights (MWTs) are close. For example, aspartic acid has an MWT of 133.11 whereas asparagine has a MWT of 132.12. At extreme ratios of acid to amide residue, this would result in a total mass error of 0.1% and as such is incorporated here as an acceptable error.

Knowing the mass of a theoretical collagen molecule containing 1,000 amino acid residues, the concentration of amino acids per unit mass (in this case 100g) can be calculated.

Prediction of charge on raw collagen at variable pH

The dissociation behaviour of acids is described where [H3O+] can be quantified directly from the pH and the Ka from the pKa of a given residue of an amino acid. [A-] and [HA] are the amounts of a functional group, such as a carboxylic acid, that are in deprotonated or protonated forms respectively. With a known concentration of acid added the associated and dissociated fractions can then be calculated.

Consequently, the relative fractions of [A-] and [HA] can be calculated for each individual amino acid from their respective pKa values and the amino acid concentrations in 1kg hydrated collagen. The overall charge of the collagen can be obtained through subtracting the total sum concentration of anionic residues from the total sum of cationic residues at a given pH.

The isoelectric point is measured as the point at which the overall charge is equal to zero. At this stage the total concentration of acidic and amide residues is known but their relative ratios are not. The IEP of collagen is believed to be at a pH of 7.4. The ratio of acid to amide residues for aspartic acid/asparagine and for glutamic acid/glutamine were manipulated to provide concentrations that would result in an overall IEP of 7.4.

Modelling influence of liming on collagen charge at variable pH

The importance of the substrate IEP on leather processing is considerable. However, quoting the IEP on its own removes a large quantity of valuable information regarding the collagen charge. For example, it provides little information about the total overall charge at extremes of pH or the rate at which the charge increases with changes in pH. A more holistic approach is to consider the charge on collagen across pHs, providing greater detail regarding its behaviour. For example, the influence of IEP on the charge of collagen at a given pH is non-linear, showing wide variations depending on the amino acid make-up. Additionally, discussions of IEP of raw collagen do not provide evidence for the difference in the charge behaviour at acidic and basic conditions.

The full report with references is available on request from IULTCS.

Assuming no other additions of chemicals, the sum of [A-] and [HA] must equal the initial concentration of an acid added [HA]i:

[A-] and [HA] can be substituted with x[HA]i and (1-x)[HA]i respectively where x represents the proportion of the acid which is dissociated, which can then be rearranged to find an expression for x: 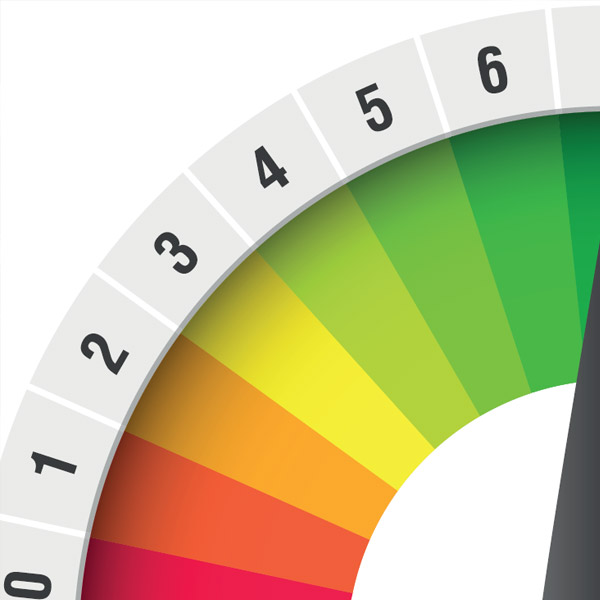 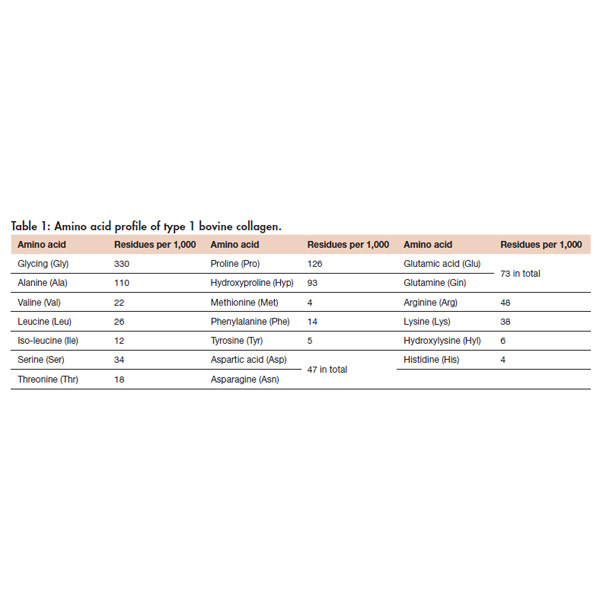