It has been a frantic time for ACLE and organiser Michael Duck, not just because he broke his arm during a rigorous game of tennis, but also because of the late-in-the-game date change thrust upon the event due to a Chinese national holiday. However, he did have time to talk to Leather International to discuss the state of the Chinese leather industry in general and how this year’s event may reflect that.

Michael Duck: Improving thanks, but it still needs another three months. Then hopefully I will be back on the tennis court.

With regard to the date shift of this year's ACLE, has this ever happened before and do you have contingency plans in place when things like this happen?

No, this is the first - and I hope only - time that such a thing has happened (that little notification that three-day public holidays are promulgated). So there are no contingency plans as I hope that it will never happen again.

What were some of the logistical challenges of a date shift on very short notice?

The organisers decided to change the original dates of ACLE 2015 due to the announcement from the State Council of the Government of the People's Republic of China to declare the days 3-5 September as national holidays.

"The crackdown on pollution in general, not only in the leather industry, is a good thing for the environment, population and country as a whole – especially in protecting groundwater supplies."

Moving ACLE dates creates a bit of a challenge for us organisers as the move-in period will be shortened. I think we have to congratulate ourselves as professional, experienced organisers for acting so promptly in the interests of the buyers, exhibitors and China's leather-sourcing people to resolve an unexpected situation so quickly and efficiently.

What has been the reaction from exhibitors, buyers and sellers?

The aim of changing the dates was to prevent any disruption of the fair, and guarantee the opportunity to the thousands of Chinese and international buyers that attend ACLE to source supplies for their upcoming collections on normal working days (not during the new holidays) and at the same time cater to the needs of the exhibitors participating at ACLE.

Most of the exhibitors and buyers have appreciated our quick reaction.

China is reporting economic growth of 7% in Q2, slightly higher than expected. Is China's leather industry echoing this trend? If so, what are its particular strengths at the moment?

Most developed countries in the west would be extremely satisfied with 7% growth instead of the circa 1% they are currently experiencing. It is too early to say when this will be reflected in China's leather industry, which is undergoing structural changes in terms of the imposition of much stricter environmental controls that will benefit the industry and the population living near tannery clusters in the long term. China's leather industry will be strengthened commercially, and on the international stage in terms of image and efficiency when these structural and environmental reforms are completed sometime in 2016.

Has Premier Li Keqiang's crackdown on industrial pollution been a good thing for leather production in China?

The crackdown on pollution in general, not only in the leather industry, is a good thing for the environment, population and country as a whole - especially in protecting groundwater supplies. CLIA's figures on light leather production from provinces such as Hebei where the crackdown was particularly severe and led to mass tannery closures while they adjusted their production to the new environmental standards were reduced. But this is short term. Medium-to-long-term production will recover in these areas and will be all the better for it as it will be 'greener'.

According to CLIA, the whole leather industry chain achieved a steady growth in sales revenue and export in 2014. Is that trend continuing in 2015?

The 7.0% growth figure mentioned earlier for the economy as a whole will also have a bearing on the growth of the leather industry in China and will be reflected in CLIA figures. 2014 was indeed a steady year for exports and sales revenue growth overall, but CLIA did point out that the rate of growth had in fact slowed by 1.5% compared with 2013.

If I had a crystal ball, then this question about growth results for 2015 would be easy to answer. The likelihood is that the whole leather industry chain will still continue to grow but perhaps at a slower pace once again as some production has moved from China to other countries in ASEAN. A few Chinese factories have relocated to countries such as Vietnam and Cambodia or the western provinces in China where labour costs are lower so as to retain their profit margins.

Nevertheless, although some production has already moved to certain ASEAN countries, all these countries combined do not possess the production capacity, expertise, infrastructure or logistics to displace China as the main market for leather product manufacturing on a global basis.

How have Russian sanctions affected the Chinese market?

It is worth bearing in mind that the impact of the rouble's devaluation on imports to Russia happened in 2014 and the impact - if there was any fallout of importance to report on China's leather exports to Russia - must have been very slight based on the CLIA results.

The country that was most affected in terms of leather exports to Russia due to economic sanctions and devaluation of the rouble was Turkey.

What has changed in the time since APLF and ACLE? And what do you think the mood will be like in Shanghai? Following APLF, there was a bit of a stalemate between buyers and sellers due to the state of hide prices. Will this be a continuing trend at ACLE or do you see things changing?

In terms of the leather market, there has been an ongoing crash in hide prices since APLF ended on 1 April. On the other hand, when ACLE was held last September, hide prices were at an all time high of around $110-112 C&F for benchmark Texas steers. Since then, prices have declined by about 40% as of 10 July this year. Prices will stabilise but, with the European shutdown upon us in August, this may not be until later in the year.

The mood in Shanghai will depend in great measure on how the European tanners return from vacation and in what frame of mind. Positive macroeconomic news will help the China growth figure of 7% but other factors such as a resolution of the Greek debt crisis will also need to be done and dusted to instil confidence back into business as a whole, and allay the fear of a meltdown of the euro or some other major catastrophe that would affect world trade and hence consumer buying patterns.

As of July, the hide market is a buyers' market. Prices have fallen swiftly and by numbers not seen since the global financial crisis in late 2008/early 2009. Thus, the stalemate you refer to has been broken and lower raw material prices should enable tanners to operate with healthier profit margins as production input costs will be reduced.

ACLE - coming right at the end of the European vacation - will reflect he market and how buyers view the opportunities to stock up with cheaper raw materials or continue working from hand to mouth.

ACLE is set to be an interesting show due to the macro-context in which it will take place. However, please note that major chemical suppliers and manufacturers are already preparing themselves to introduce innovative techniques and products to the tanner at ACLE so they, as a major industry grouping, do not appear to be disheartened or demoralised since they know that leather production will continue despite price and economic hiccups over the past year.

Where is China heading next globally? And is the domestic market thriving?

Globally, China (and India) is heading back to the economic heights it always occupied prior to the industrial revolution - as one of the world's two biggest economies. Last December, the IMF reported that China's GDP, including purchasing power parity (PPP), has reached $17.6 trillion - slightly more than the US with $17.4 trillion, thus knocking it from the top spot it occupied when it overtook the UK in 1972. Even without the PPP adjustment, the latest projections indicate that China will overtake the US economy as measured by simple GDP by about 2035 - or in 20 years.

This is where China is headed globally and the domestic market will have to thrive in terms of consumption - so as eventually to be the main growth driver - as it is in the US and in other developed western economies.

"ACLE will reflect the market and how buyers view the opportunities to stock up with cheaper raw materials or continue working from hand to mouth."

Imagine if China's population buys as many shoes per annum as the US does - 7.5 pairs per person according to the FDRA - we are talking about more than 11 billion pairs of shoes. Even 4.6 pairs per person would mean a national demand of 6.5 to 7.0 billion pairs a year. These are huge numbers as is the purchase of more than 23 million new vehicles a year in China - half with leather upholstery and trims. These figures themselves show where China is headed.

Can you describe how specifically the footwear and automotive sectors are developing? Are these still the main drivers of the Chinese leather industry?

Footwear has always been the main driver of the leather industry in China and, according to CLIA figures, 4.5 billion pairs were produced by medium-to-large footwear manufacturers in the country in 2014. As indicated earlier, this sector should continue to grow, but the speed of growth will be defined and reported by CLIA later this year.

The demand for footwear leather has now been joined by the demand for automotive leather with China's consumers preferring that extra touch of luxury by having leather upholstery installed in their new purchases. Estimates state around 60% of new cars in China have leather upholstery and this figure will no doubt be verified at the Automotive Leather Conference due to be held in Shanghai on 1 September during ACLE.

Think about it - 4.5 billion pairs of leather shoes; 13-114 million cars with leather upholstery - and just in China. These figures are the primary demand drivers for China's leather industry, but the production figures for bags, leather goods and leather garments are equally impressive.

No other country in the world can manufacture on this scale and the key fact is that most of this consumption will also be in China as the country continues to grow in terms of consumer demand, and is soon to outstrip the US and EU as the world's largest and most dynamic consumer market. 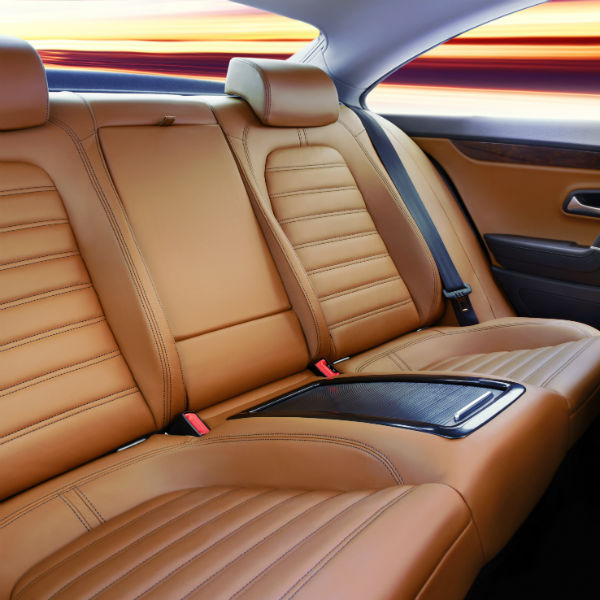