Ship out: learning from the past

2018 might seem like an eternity ago, but considering the scope of detail the Conseil National du Cuir (CNC), France’s national leather industry body, went through to come up with this data, the information (with some historical context) is just being realised now. Here we distil the CNC’s exhaustive statistical analysis of the global leather industry, including the fact that global leather sector exports were worth €212 billion, and what it all means in today’s climate.

In 2018, in value terms, one third of footwear and 40% of leather goods exported worldwide came from Europe. Despite French, Italian and Spanish expertise in the luxury sector, Asian countries maintained their positions. However, since 2010 the market share of the Asian powerhouse – China – has been in constant decline, and Vietnam is benefitting from this situation. It’s worth noting that the upstream parts of the French leather industry are managing to keep their heads above water in a very challenging landscape.

In 2018, France saw growth in all sectors of its leather industry. French exports represented 5% of global exports in 2018 compared with 4.4% in 2017. Gaining 0.6 percentage points allowed France to maintain its ranking as the global leather sector’s fourth-largest exporter, behind China (33.2%), Italy (11.9%) and Vietnam (11.5%), as well as its fifth place in the world rankings for exports of leather clothing and accessories (5.6% of global exports) behind China, Italy, India and Pakistan. In one year, France went from 11th to tenth place in terms of global footwear exports (2% of global exports), close on the heels of Belgium, Spain and the Netherlands.

Until 2010, Italy had been losing ground. But since 2010, the situation has reversed. Italy gained two percentage points of market share between 2010 and 2012. In 2018, Italy held second place for global exports across all sectors, and third place for global footwear exports.

In the fashion sector, accessories and leather goods were the bestsellers for labels. At the global level, France and Italy were the two main European exporters of leather goods, thanks to their positioning on the luxury market. Exports from these two countries represented more than a quarter of global exports. In value terms, 58% of the leather goods exported worldwide came from Asia, with 40% coming from Europe. This 40% was divided between sales within Europe (19% of global exports), sales in Asia (17%) and sales on the American continent (4%). France, therefore, maintained its position as the third-largest exporter of leather goods (11.5% of global exports) thanks to its premium positioning, behind Italy (14.8%). Its saddle-stitching expertise is very sought-after by the luxury houses and the continual increase in demand for handbags has led to the opening of new workshops, with 3,000 positions to fill each year, including 1,000 newly created roles.

In general, Europe exported its luxury leather goods while domestic consumption favoured midrange goods. That is why half of Europe’s imports came from Asia.

A closer look at the fluctuating Asian markets

Although China remained the world’s largest exporter, its declining influence is confirmed yearon- year (33% of global exports in 2018 against 45% in 2010). In the past eight years to 2018, it has lost 12 percentage points of market share. The drop is more marked in the leather goods sector. Chinese exports of leather goods took 58% of market share in 2010, compared with 41% in 2018. A similar trend has been seen in the footwear sector, falling from 50% of global exports to 35%.

In 2018, the most notable progress was made by Vietnam. Its exports represented 2.7% of global exports in 2000, rising to 5.4% in 2010 and 11.5% in 2018. China’s decline has benefitted Vietnam, which has performed well, particularly on the footwear market, and brought other countries, such as Indonesia, along in its wake. These two countries have gained ground in recent years and dominated the market, with 16.8% of global footwear exports coming from Vietnam, putting it in second place in the world rankings (followed by Italy with 9% in 2018). Indonesia represented 5.3% of exports in 2018 and sat in fourth place. In the leather goods sector, Vietnam held fourth place (5.7% of global leather goods exports) behind China (40.8%), Italy (14.8%) and France (11.5%). Only India, after experiencing a long period of growth that peaked in 2014, has lost ground in recent years across the entire leather sector (down 0.4% since 2015).

Products from Asia responded to a global demand where fashion takes precedence over functionality. Germany, Italy and France held second, third and fourth place respectively for global imports in the leather sector, after the US. Imports from these three European countries represented 19.3% of global imports (up from 18.3% in 2015). The proportion of French imports rose from 5.4% in 2015 to 5.8% in 2018. Only the US is bucking this upward trend. Over the same period, the proportion of imports by the US fell from 20.1% in 2015 to 17.2% in 2018. This slowdown in US demand affected Asia more than Europe. Exports from Asia to the US represented 19% of global trade, compared with 3% for exports from Europe to the US.

Today we are seeing a change in consumption patterns, with customers leaning towards more ethical and durable items or preferring a productservice system, which involves renting items or using second-hand products. It is likely that these fundamental shifts will lead to great changes in the sector in the future.

Slight progress on the international market

France lay in 14th place in the overall ranking of global exporters of tanned hides, gaining 0.2 percentage points of market share. In value terms, 2% of the finished leathers exported around the world came from France. Its main buyers came from Italy (36%), Tunisia (8%) and Spain (8%), countries renowned for the production of finished goods, but also from the domestic market, where the luxury houses have invested in French tanneries.

The French leather industry by numbers 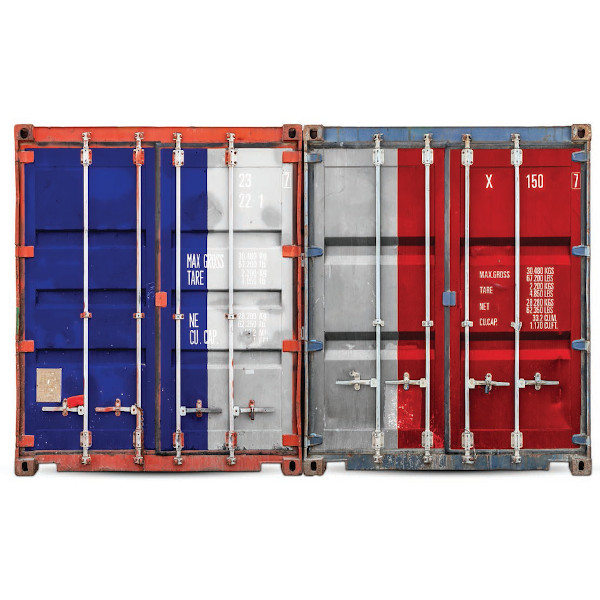