With a huge livestock population and growing demand among middle-class consumers, Nigeria’s domestic leather industry looks ready to burst into life, so why does it continue to lean heavily on imported finished goods? Leather International investigates.

There’s a series of rallying cries emanating from the Nigerian leather sector. Under the banner of ‘changing the narrative’, this June saw the first Lagos Leather Fair take place in the capital, the first ever specialised fair of its kind on such a scale in the country. A private initiative, the goal of the event was to redress the situation within the leather industry.

While the federal government had no involvement in the fair, its new Made In Nigeria initiative was appropriated, with more than 50 local leather designers displaying their wares at the city’s Federal Palace Hotel.

There was, however, a proverbial elephant in the exhibition space. For all the leather designers and producers emerging in the West African nation, they still cannot come close to competing with imported foreign brands.

This, of course, isn’t an entirely unexpected phenomenon. The likes of Gucci, Dolce & Gabbana and Prada will always be in high demand, especially in countries with burgeoning middle-class economies. One need look no further than China for a strong example of this.

The wholesale phasing-out of imported leather goods is not an option, but Nigeria needs to find a way of enabling foreign names and local brands to complement one another and co-exist in the same marketplace.

Nigeria imports around $500 million worth of leather products every year, including 80 million pairs of shoes.

That’s a truly staggering number of shipments given the consensus among many that the country has the manufacturing capacity to meet more local demand – particularly when it comes to footwear.

“Due to the high exchange rates for importing, the market is more open to local manufacturers, who produce more than 40 million pairs of shoes yearly now,” says Emmanuel Ugbodaga, national coordinator of November’s Made In Nigeria Shoe Expo in Lagos. But importation is still prevalent in the Nigerian market, and it is mostly from Turkey, China, Italy and Spain, with Turkey and China providing most imports.”

According to Washington-based development consultancy firm Chemonics International, Nigeria’s inability to drive down its imports has cost a $72-billion share in the global leather industry.

The disparity between the sector’s potential and performance is glaring. Nigeria has one of Africa’s largest livestock populations; its Sokoto red goatskin is exported widely, remaining in strong demand by Europe’s fashion houses.

“The country’s huge livestock populations, coupled with other available resources needed in the leather and leather goods production process, sets the floor for aggressive development of that sector,” read the programme notes for the Lagos Leather Fair. “Nigeria could easily become globally recognised as a major player in this industry.”

For this to happen, attitudes will need to change at home. Nigeria has long been obsessed with its status as one of the world’s largest oil producers. This dependence has come at a cost of late, in which the local economy has been rocked into recession by historically low oil prices.

Might the leather sector be able to step into its place? It’s a tall order, but the Nigerian Export Promotion Council has been moved to officially identify leather and finished leather goods as local products with the potential to help Nigeria diversify its economy.

In Abia State, arguably the hub of Nigerian leather production, shoe manufacturers are calling for a ban on imports and increased financial assistance from federal government.

A significant part of the problem is Nigeria’s shortage of the skilled labour that is required to produce quality leather goods.

Until this changes, the country’s emerging middle class will continue to opt for established names over local brands.

“To ensure that the future of the leather goods industry is secured, appropriate policies and the fundamentals of a large raw material supply – and a large pool of skilled labour to guarantee high-quality production – must be put in place,” said Lagos Fair organisers.

Much of this is due to a lack of automation. Nigerian designers and administrators are still comparatively uneducated when it comes to modern industrial processes. They remain artisans, when businessmen and women are what is needed.

The consumption of ponmo – processed, edible cow skin, which is a popular delicacy among Nigerians – also poses a problem.

The Chemonics report also says that demand for ponmo continues to overshadow demand for skins to be tanned, receiving five times the price for products. In this regard, Nigeria’s leather potential is literally being eaten up.

Unfortunately, the sector is in thrall to larger forces at play including corruption, loose regulations and a stumbling economy. In 2016, President Muhammadu Buhari’s administration moved to devalue the naira and ration foreign currency in a bid to stop the rot.

Wake up to leather

Only industries deemed to be of strategic importance were allowed access to dollars. Those excluded by the ruling – including manufacturers – predictably, headed straight for Nigeria’s flourishing black market and porous borders. Others have simply gone out of business.

The leather industry, if supported and fostered properly, has the capability to generate much-needed foreign exchange and create new jobs in the process. It’s time Nigeria woke up to this and started realising its vast potential.

In the meantime – and at press time – many industry players were looking forward to the Made in Nigeria Shoe Expo, which originally was scheduled to take place in September, but was postponed. Organisers are expecting more than 2,000 attendees, including visits from the Bank of Industry and Nigerian Investment Promotion Commission.

“We are hoping to have exhibitors from the entire footwear and leather value chain at this edition of the expo,” says Ugbodaga. 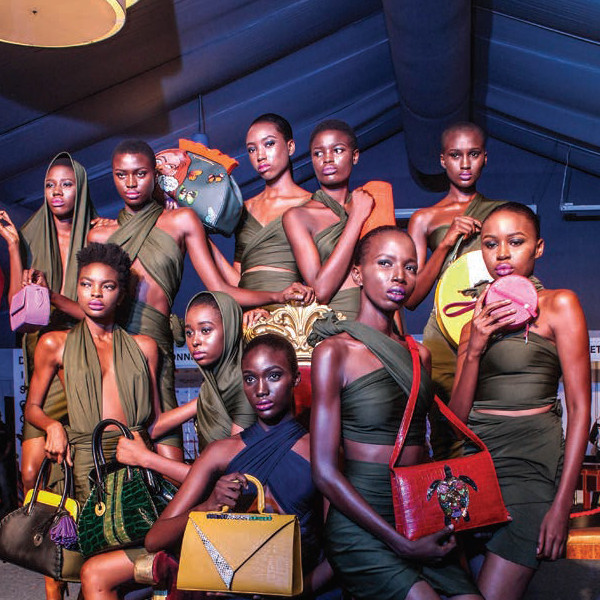 The Nigerian Export Promotion Council has identified finished leather goods as one of the ways in which the country might diversify its economy.
Post to: