Struggling to cut it

Shaving and fleshing might have been part and parcel of leather production for the best part of two decades, but blade technology is obsolescent and increasingly unable to keep up with demand. Ross Davies meets Hanns Peter Spaniol, general manager at German manufacturer Heusch, to discuss how hardware must evolve to meet contemporary requirements.

“It’s seen better days.” This is how Hanns Peter Spaniol, general manager at German blade expert Heusch, summed up the fleshing process in the leather industry.

He used his address at the sixth Freiberg Leather Days conference – held in June in Oisterwijk, the Netherlands – to issue a rallying cry to tanneries to stop settling for insufficient operations.

While the fleshing process should produce a clean surface that is free from unwanted residues – with minimal need for revision – it is falling far short, lamented Spaniol.

Instead, faults – including everything from undesirable thickness fluctuations and structural damage, to the partial cornification of hides and chatter marks – are happening every day.

“While the quality of both steps is just about acceptable, each is miles away from achieving its potential. Why? The R&D of such machines and tools is very expensive, and customers only pay for innovations if there is a tangible benefit.”

Spaniol believes the leather industry would do well to take a leaf out of the book of the kitchen chef. In gastronomic circles, he says, the knife has numerous applications, while in tanneries the evolution of the blade has been stunted.

“Just like the hide and tanning processes – which are very individual – shaving and fleshing need to be adaptable in terms of cutting performance and technology,” says the Heusch GM. “At the moment, there is a ‘one-size-fits-all’ thinking around it, which is leading to dead ends.”

From his observations over the years, Spaniol claims a “lack of control” is behind the shaving defects that continue to this day.

“There is no control,” he says. “Users are not paying proper attention to the steps needed for shaving and fleshing. You could fill a book with the reasons behind defects, but the core one is this: shaving and fleshing results are bringing to light the compromise between quality and costs.”

Cost-efficiency is pertinent to all of this. Just as in any stage of leather production, the process of shaving and fleshing – if done well – can carry economic benefits.

But, as Spaniol says, “adequate prices can only be achieved for high-quality goods”. Therefore, it is in tanneries’ interest to make all their production steps as optimal as possible.

“The cost-efficiency of shaving is far from where it ought to be,” he says. “You can only optimise a working process if you have the shaving and fleshing steps really under control.

Nonetheless, despite these shortcomings, there is evidence of efforts to develop knives for leather. Spaniol credits his own company with leading the charge to get technology up to speed with market demands.

Since its formation in 1930, Heusch has displayed a history of trendsetting with regard to blades. In 2012, the Aachenbased group launched the world’s first stainless steel fleshing blade, Excalibur.

Prior to this, it had been considered impossible to forge a stainless steel blade with good characteristics for hardness and flexibility; it had been either corrosion-free, or hard and flexible.

Last year, it was also awarded ‘Authorised Economic Operator – Full’ certification by the World Customs Organization – one of the first suppliers to the leather and textiles industry to do so.

The status indicates Heusch’s reputation as having a secure supply chain, and that its customs controls and procedures are efficient and compliant.

“Heusch is working on new blade design and material to improve shaving and fleshing processes, and make them more controllable,” says Spaniol. “The machine designers will follow, but only if their customers realise their role as a driver for new integrated shaving and fleshing machines.”

The new blade, currently being tested, is called Heusch New Waves. The line, which makes use of an embossed wave design to create an equal distribution of cutting force, preventing the overstressing of smoother parts, could “revolutionise the folding technique”.

Tests have so far gone smoothly, Spaniol told delegates in Holland. While new trial partners are needed to figure out the potential of embossed waves, the plan is to launch the new design within a year.

Spaniol is understandably reluctant to give any more away, but said: “This new design of the shaving blades makes shaving much easier and more controllable.

“The hides are distinctly less stressed, and all the other quality parameters are easily achievable. I’m sure that this new blade is a big step forward for tannery technology.”

Shaving and fleshing might well have seen better days, but new technology – such as New Waves – is poised to herald a new generation of blades in step with the modern leather industry.

“I’m sure that with new material technology and new methods of blade production there will be some innovations on the tool side,” says Spaniol. 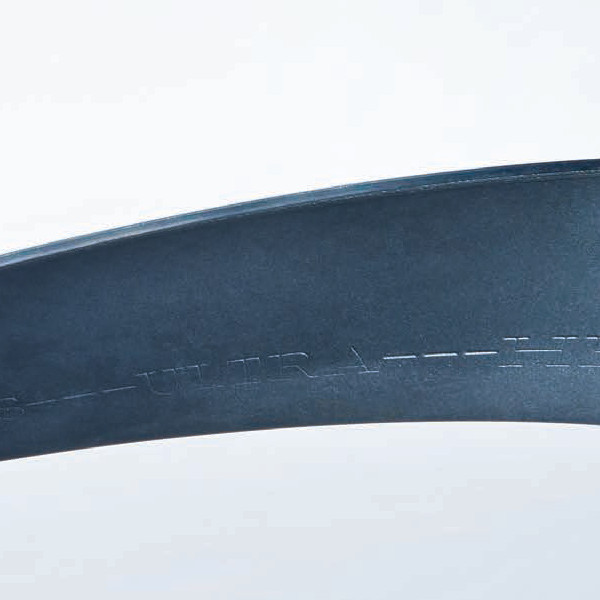 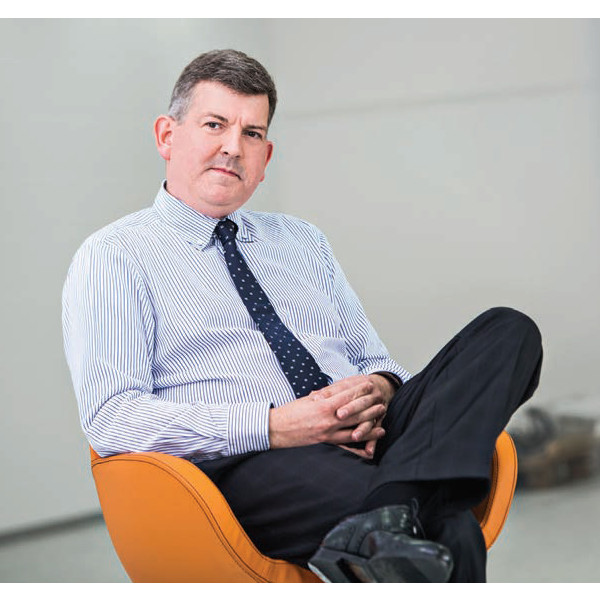 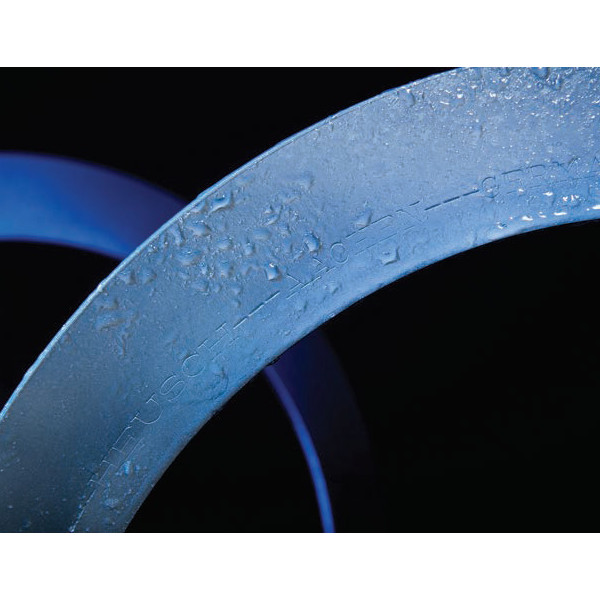