Take up the challenge

Sam Setter is a man not afraid to speak his mind, but he is also never afraid to be challenged on the information presented in the Limeblasts of the past and present. Here, he reassesses the state of the Pakistani leather industry with a little more detail.

The Pakistani tanners and Pakistani Tanners Association (PTA) were not happy with the August 2014 Limeblast. Rather than just sending a protest note, chairman Muhammad Musaddiq and his predecessor, Agha Suddain, made their disapproval known in a very proactive way. They challenged it and put me in a position to contend that their claims that this particular Limeblast was incorrect, or at least partially incorrect. This approach is greatly appreciated by me and what follows is a more informative Limeblast that depicts actual verified situations, which differ from the impression the August Limeblast gave - one that all tanneries in Pakistan were not prepared to invest, and exclusively looked for cheap solutions and government support.

For the record, I am certainly not denying what was written in the previous Limeblast, but I erred in generalising the situation, whereas in reality there are some very progressive tanners with views that look towards the future, and they are willing to invest in that future. With this Limeblast, the readers will now have a more balanced and complete perspective, which distinguishes between the progressive tanneries, mainly in the Punjab area, and the more, let us say, conservative tanneries, mainly in the south of the country, where obviously exceptions prove the rule.

Straight to the point

It was pointed out to me that Pakistan made wooden drums, for instance, by copying Italian technology, which is reasonably good and can last up to ten years - with a price tag that is quite attractive. Obviously, the local drum production is limited to wooden drums, whereas stainless-steel drums and the latest polypropylene drums must be imported. Many mono-bloc European-made machines are bought reconditioned because they are considered good value for money. The more quality-focused tanneries buy new machines.

Kasur and Karachi, where most tanneries are situated in an industrial cluster area, are able to exploit the vicinity for central effluent treatment. The existing common effluent treatment plants (CETPs) have been financed by the central government and, respectively, by the World Bank. The Sialkot cluster, which presently has no effluent treatment facilities, has finalised plans to relocate to a new industrial area with a CETP for which the technology has not yet been decided. UNIDO is assisting these tanners; in particular, to take the proper decisions in terms of technology.

Tanneries in Lahore are not clustered and most have their own effluent treatment plant. The Dutch Government has offered these tanners, like for the Karachi CETP, effluent treatment technology, whereas the Pakistan Tanners Association Northern Zone financed the establishment of the necessary laboratory and its equipment, which now operates with national consultants in a self-sustainable way. The tanners themselves financed the actual individual effluent treatment plants. The individual plants are devised for first and secondary treatment, and chrome recovery with part of the treated water being recycled back into the production process.

Some tanners, again particularly in the Lahore area, are supplying important brands, such as one making the fully finished leather seats for a specific Swedish home-furnishings retailer's product in compliance with the brands' CSR requirements, or another the first-class patent leather with imported Italian equipment in an environment that may generate the envy of some operating theatres in some hospitals, exported to top European brands.

In some better-structured tanneries, CSR is entering the equation with safety regulations, accident prevention, firefighting equipment and minimum wages. Similarly, management is trying to build awareness with workers about safety and cleanness of the working place. Implementation is said to not always be easy. PTA is also involved in other social issues like fundraising or research into skin diseases, for which it has published a scientific paper.

Now, the environment is also being considered and some tanners look at cleaner production methods for saving energy, water and chemicals, but also tannery waste management. It is hoped that the Korangi tanners put their heads together and collectively rehabilitate the enormous environmentally unsustainable challenge at their doorsteps.

Each tannery has its own priorities, with one tannery taking a different route by introducing solar energy into its operations to reduce its use of natural resources by using renewable energy. All its hot water is now produced by solar energy and part of its electricity is also coming from here as well.

"Each tannery has its own priorities, with one tannery taking a different route by introducing solar energy into its operations to reduce its use of natural resources by using renewable energy."

The next step it is experimenting with is steam from solar. The solar operation was considered so successful that the tannery set up a separate company that offers solar projects to other tanneries and other industries. The savings by going solar have been estimated up to the tune of 0.5 million rupees ($6,250) a month.

Other things to consider

Many Pakistani tanners have a vertical integration and also own garment, shoe and leather goods factories. One group also owns a fully equipped factory for leather chemicals in close collaboration with Italian ALPA. This modern factory not only produces chemicals on licence from Italy, but also develops its own chemicals that find their way to Italy for sale to European tanneries. All chemicals are tested on their quality and consistency with the same criteria as chemicals produced overseas.

The more active development and investments in Punjab is partly connected to the security situation in the country. In Punjab, the security is better than in the south, making tanners in Karachi less willing to take investment risks.

Last year's Limeblast suggested, based on a number of press releases by or for PTA, that the Pakistani tanners are only holding out their hands and want the central government to provide for funding and facilities. I was informed that most tanneries employ technicians, who have been trained in the UK at the cost of their employers; others have been trained in Pakistani training centres, of which there are five, like the Leather Technological Institute, which provides support to the industry, and trains student and technicians, again at the cost of their employers.

What bothers the tanners, who are exporting about 80% of their production earning, thus hard currency for their country, is that they are taxed by the government at 0.25% EDS (export development surcharge) for the development of the industry; for instance, like the construction of CETPs. This fund now holds an estimated $3.75 million and is not channelled back into the industry. Therefore, the tanneries say that they are not asking for hand-outs, but only what is legally due to them.

The tanners also claim that the playing field is not level. They maintain that the Indian Government finances and invests in the Indian leather industry 12.5 billion rupees ($200 million), part of which is generated by export duty drawbacks where India grants its tanneries 6.0% for exported finished leathers and its footwear manufacturers 9.2%; 9.8% for exported leather garments and 7.7% for leather gloves.

Pakistani tanners receive about 1.0% for finished leather, 1.8% for footwear, 4.3% for leather garments and 1.5% for leather gloves. Chinese export drawbacks are around 7.5% and Bangladesh exceeds all with 12.5% over the board. Although the Pakistani leather industry understands that drawbacks cannot be part of a company's profit calculation, they still believe that it is not fair that there is such a big gap between the support of the Pakistani Government to its industries and that of direct competitors such as India, China and Bangladesh. The Pakistani duty-drawback percentages are produced by the Input Output Coefficient Organisation (IOCO), which resides under the Federal Board of Revenue (FBR) of the Government of Pakistan, of which its duty is to favour tax inputs and limit refunds, which is where the leather industry is at a conflict of interest: export facilitation against tax revenue.

Although the Pakistani footwear industry is not as developed as its Indian counterparts in terms of production quantities, it still has well-equipped production units that supply important customers overseas. One of the shoe factories has a collaboration with an important German brand. Unfortunately, shoe exports, concentrated in Europe, account for only 20% of the leather industry's export value and, hence, more shoe factories are needed to tackle the non-European markets like Japan and the US.

In conclusion, I must admit, with the facts in hand that have been shown to me, that the Pakistani leather industry is much more positive and proactive than previously thought and I gave them too little credit with last year's article. 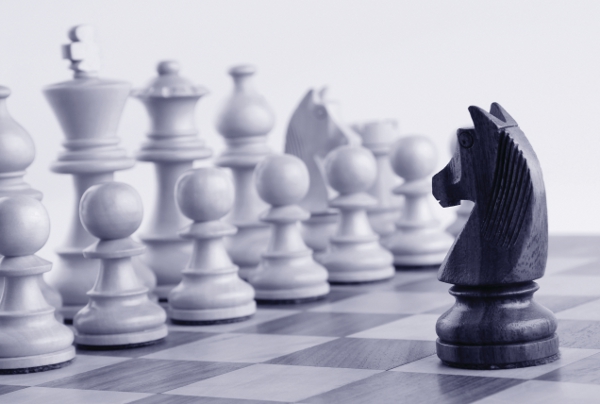 Assessing the Pakistan leather industry can prove to be quite a challenge.
Post to: