Challenging conditions have prevailed for another year in the industry. Hidenet’s Don Ohsman and Vera Dordick reflect upon the market’s state, consider the lessons learned and look ahead to 2019.

We’re just over halfway through another turbulent 12 months for the leather industry. From your perspective, where is the US now in relation to this time last year, and what are your predictions for the remainder of 2018?

In comparison, for the same period in 2017, Texas steers were selling at $58.50 and native steers at $63.50. Slaughter should continue at its heavy rate – up by 3% from a year ago. The demand for shoe leather may also pick up in Q3 and Q4, but if it doesn’t, further declines can be expected.

You mentioned last year that, overall, the global footwear market was expected to reach $371.8 billion by 2020. What has come up to alter that figure?

Vera Dordick: Depending on which reports you read, the global footwear market is expected to keep growing at a compound annual growth rate of close to 2% during the period 2018–22, maintaining the positive outlook.

The fact that hides are a by-product of the meat industry raises all sorts of questions about how synthetic rivals can ultimately be more sustainable than natural leather.
– Vera Dordick

While the market is still increasing, shifts in footwear styles are changing the product mix that consumers want, and therefore the materials used. As we know, the trend towards athleisure, along with record-high hide prices a number of years ago, drove brands to turn to synthetics. New materials and textiles have also taken a bigger piece of the footwear pie in recent years. In addition, recent trends are moving increasingly towards comfort and away from high heels for women. New designs have made lower heel heights and flats of all kinds more popular, fuelling sales of athleisure and casual shoes. Consumer tastes will continue to drive the market, and it is up to the leather industry to show designers that this highly sustainable and affordable material is a great component for new models in every season.

How has the unpredictability of President Trump’s administration, especially in regard to tariffs and isolationism, affected the movement of hides and skins internationally?

VD: At press time, China had not proposed any tariffs on hides or skins from the US. Despite this, the spectre of potential levies had already been casting a shadow on the market for months, making buyers in China nervous.

US suppliers reported customers asking for agreements on which party would cover any potential tariffs, or that suppliers would take back hides if a ban were to be imposed. This uncertainty placed more pressure on an already down market for hides that is suffering under the weight of a global oversupply and lack of sufficient demand.

Has the resumption of beef exports to China proved helpful for rawhide exports, and is there any further developments with Decree 159, which affects the import of all non-edible animal by-products, like hides and skins, into China?

What is the state of drought in the US? In 2017, the USHSLA announced that the the country was recovering. How are numbers increasing, and how is that translating into pricing?

DO: The worst of the drought has ended, but there are still areas where it lingers. The net result, especially earlier in the year, stimulated ranchers and feeders to put more cattle on the market and thus the high slaughter levels.

There is a general consensus that leather is finding the collective determination and support to effect change in the way it is perceived. The pushback against pressure groups, companies and media out to tarnish the market is gaining momentum, especially in Europe. Are there similar efforts in the US to improve the way leather is marketed?

VD: The industry is collectively taking more action against misinformation that is promoted by animal rights groups and others who aim to cast leather and the brands that use it in a negative light. The USHSLA has recently worked to counter efforts by PETA to change the definition of leather in the Merriam- Webster dictionary and called out Realtor.com for misinformation in a PETA-authored article about furniture, among many other statements.

The Leather Industries of America sent a letter to Tesla last year about leather upholstery. In addition, many in the US support the great efforts by Leather Naturally to positively market leather, which is a critical thing. The industry can’t rely on simply responding to misinformation; it must positively market and promote leather as a sustainable and natural material.

Do you think it’s inevitable that companies like Modern Meadow, which is working in concert with leather and existing tanneries, are going to be leather’s main competition once they can increase production to an industrial scale?

VD: It’s hard to say how much of a competitor these new alternative materials will be. For these companies, the scale-up of production and the cost of the material produced is a big challenge. It’s quite likely they will compete for market share just like any other synthetic material.

The worst of the drought has ended, but there are still areas where it lingers. The net result, especially earlier in the year, stimulated ranchers and feeders to put more cattle on the market.
– Don Ohsman

Lab-grown materials like Modern Meadow’s product are still tanned as conventional leather is. This, and the fact that hides are a by-product of the meat industry, raises all sorts of questions about how synthetic rivals can ultimately be more sustainable than natural leather.

What are you hearing about the leather labour market and the need for increased efforts to train the leathermakers of the future?

DO: In the US, there are so few tanneries where labour is not much of a problem, and it’s the same for technicians and management. Beaming is essentially done at packing houses for a few processors/tanners that still can produce wet-blue. There are few tanners that finish leather in the US any more.

Is athleisure – and the tenuous materials that are labelled ‘leather’, like Nike Flyleather – the biggest threat to the market?

VD: Mislabelling materials as leather when they are not is a huge issue, and is very confusing to consumers. Brazil and many countries in Europe have regulations on what can be called ‘leather’. This concept would be valuable in all regions.

With regard to materials like Nike Flyleather, I think that Mike Redwood of Leather Naturally said it best when he noted that “Illegally named ‘Flyleather’ may be a clever material, and a neat bit of engineering, but making claims of considerable sustainability while attacking leather on the same grounds is neither scientific or logical.”

These alternative materials all want to ride the coat tails of leather’s desirable qualities in some way, which is why they seek to imitate it.

What are your predictions for this year’s ACLE, which will be held on 29–31 August in Shanghai, given the backdrop of shifting trade relations, stumbling hide prices and the North Korea element?

DO: It’s difficult to make predictions. Due to consolidation and tannery closures in China, we think that this segment of the industry will send fewer representatives to ACLE than in the past.

However, participation from other countries should be good as the industry seeks opportunities for new business and to work on settling existing problems, such as non-performing contracts.

Producers are more eager than usual to generate sales and they will use ACLE as an opportunity to do so. At the same time, buyers will be looking for special opportunities to book raw material at lower prices. 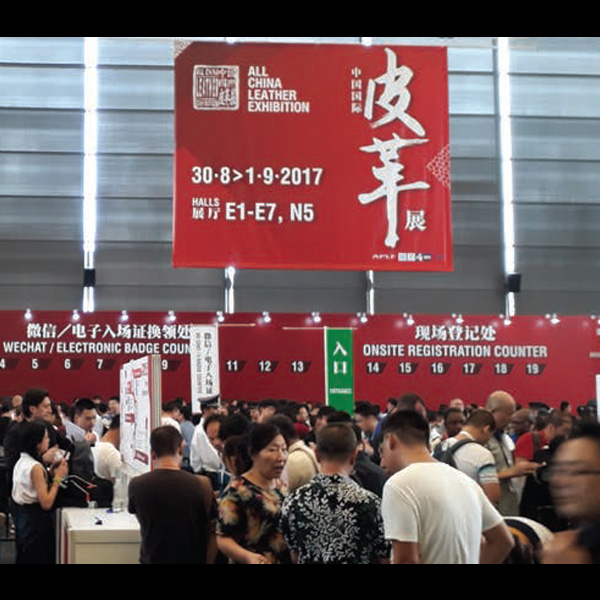 This year, at the All China Leather Exhibition, fewer Chinese tanneries will exhibit due to increased consolidation. 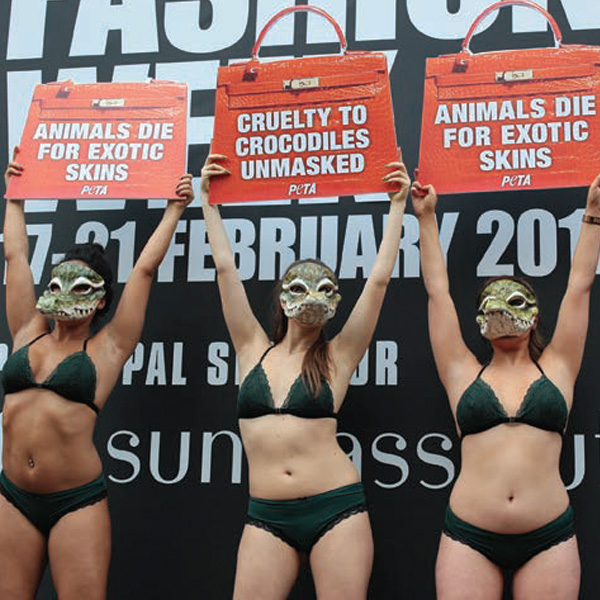 Misinformation spread by pressure groups is being combatted by the industry. 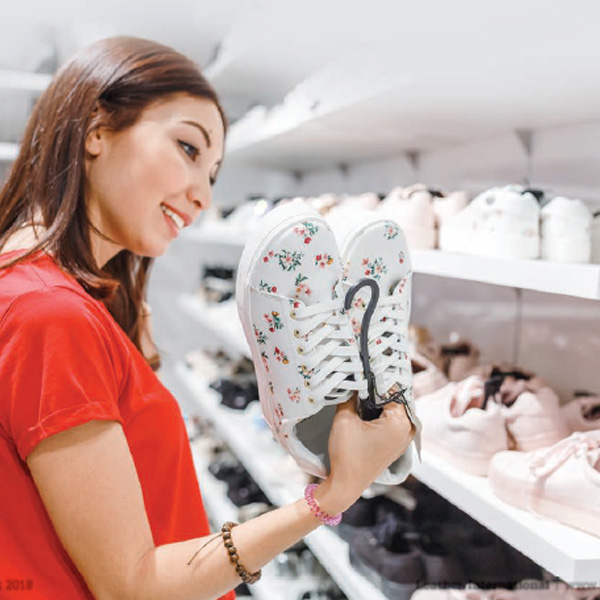 The industry is shifting towards footwear made for comfort, rather than high heels for female consumers. 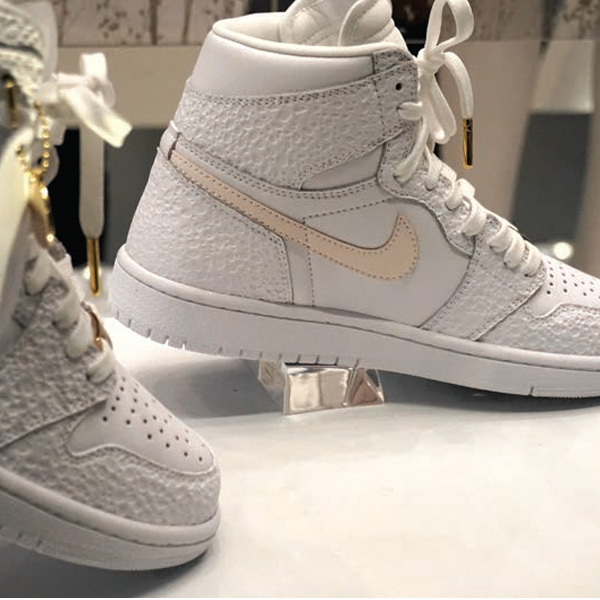 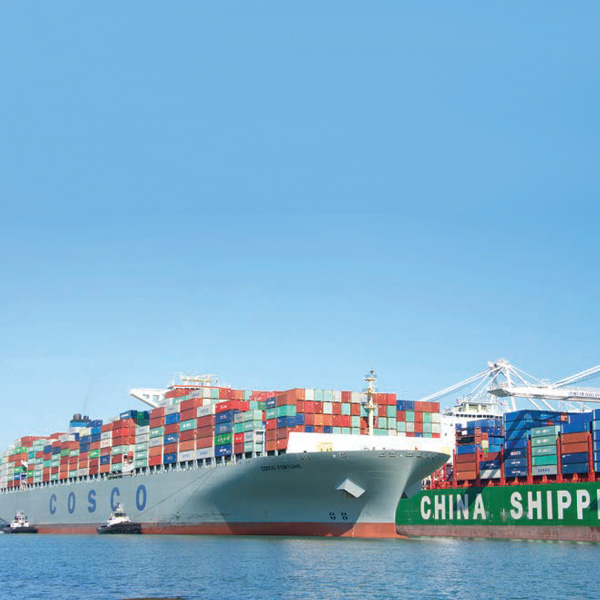 Tensions between the US and China have been putting pressure on trade in the hides market.
Post to: