Ahead of the 7th Freiberg Leather Days, Julian Osgood of ATC Tannery Chemicals discusses his keynote on reducing chrome tanning.

Historically, chrome tanning has been regarded as a highly polluting tanning method and the environmental negatives of this process have been well documented. Many alternatives have been introduced and adapted over the years to replace our industry’s reliance on chrome, but recent developments and processes are now thought to have other environmentally negative effects, so it seems we are almost back to square one.

What if it were possible to make chrome tanning much less harmful to the environment? What are the issues with chrome that have caused it to lose popularity over the years? The problems have been primarily associated with the high volume of chrome remaining in effluent, and the difficulties and costs associated with getting the residual chrome out of sludge and waste water before chrome III oxidises to become the very toxic chrome VI.

ATC devised a simple and cost-effective method for chrome tanning hides, skins or splits that will reduce the amount of chrome powder used by a tannery by as much as a half, and at the same time increase the chrome content of the leather. One of its major benefits is that residual chrome in effluent water and sludge can dramatically be reduced.

Additional bonuses with this method are that the traditional pickling process is altered considerably, making it possible to remove all salt from this part of the leathermaking process, as well as remove the use of sulphuric and formic acid, sodium formate and magnesium oxide.

The process enables chrome-tanned leather to be made that will pass the boil test directly after an eight-to-tenhour process using up to 60% less chemicals. The process can also be completed considerably faster than traditional chrome-tanning methods. A traditional chrome tanning process for split hides of substance to about 3.0mm. Variations of this method are used daily all over the world and it is considered to be the normal process method to tan leather after deliming.

This traditional method of the chrometanning process for split hides of substance of about 3.0mm gives a total run time of approximately 16 hours. ATC’s method is also for split hides of up to about 3.0mm; the company has developed the same technology for use on skins, splits, full substance hides and more with some adjustments to the following formulation.

Run-time is less than ten hours; salt consumption, sulphuric and formic acid, sodium formate and magnesium oxide are all down to 0%; and, most importantly, chrome-powder consumption is down to 4% from 6–7%.

The process starts directly after deliming and incorporates a low, unheated, float system. It functions in mildly acidic conditions – between pH 4 and 5 – to eliminate any danger of irreversible swelling. The handling of potentially hazardous formic acid and sulphuric acid is removed; salt is also not required in the process, as even if the pH were to drop below pH 3.0, the mix of water and Actipikle NSA is above 5, and once the chrome powder is added, this rises further to 10, therefore there is no risk of acid swelling.

In some instances, especially where chromed leathers are traded around the world and drying out of wet-blue is a possibility, a small amount of salt can be added to prevent any issues with wetting back of any dried leathers. However, where retanning follows the wet-blue process, all salt may be removed.

Actipickle NSA has a strong complexing effect with the chrome. The astringency of the chrome to the collagen fibres is masked and the chrome and Actipickle NSA complex is able to penetrate easily throughout the thickness of the hides or skins. ATC has seen this process work perfectly on fully delimed hides of more than 8.0mm, where quick and even penetration of the chrome has been achieved.

As the chrome slowly reduces the pH of the liquor over time, the temporary complex between the Actipickle NSA and the chrome is broken, and the chrome becomes available again and fixes to the fibre structure of the hides or skins.

Immediately, the Actipickle NSA is once again available and quickly more chrome is found from within the liquor to form another complex, and the process continues and repeats, each time taking chrome from the liquor, penetrating into the hides or skins and cross-linking the chrome to the collagen as the complex is once again broken. This process continues until the liquor contains no viable chrome content and exhaustion is complete.

One of the traditional methods to test the leather to ensure it has been chrometanned correctly is to perform boil or shrinkage tests. The objective is to get a piece of leather that can withstand temperatures of greater than 100°C.

Even when reducing the chrome offer from 6.0% or 7.0% down to 4.0%, with the ATC method, a shrinkage temperature test of above 100°C can be achieved directly after the tanning process; that is within as low as nine hours.

The search for an ‘environmentally safe’ method to tan leather in an economic way continues. Until this discovery is made, the use of chrome is inevitable. The answer to this problematic issue may be to find a better way to use this technology. A process that could reduce the amount of chrome used, while getting more of this potentially hazardous product to attach to the leather rather than sending it to effluent treatment plants, is an attractive notion.

The tanneries around the world that have already adopted this formulation method are seeing the many benefits of this process. They include a reduction in chemical consumption of chrome, sulphuric acid, formic acid, salt and magnesium oxide; a reduction in the quantity of chrome and other harmful products, going into the effluent treatment plant; a reduction in the process time needed and an improvement in the actual tanned leather at the end of the process; and all for no extra cost. 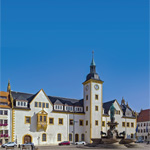 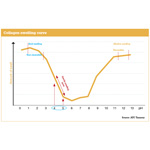 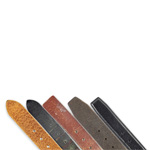