The drive away from leather

Leather has long been an integral part of the interior design of high-end cars, but Tesla and Jaguar Land Rover recently announced that they would be moving away from this traditional material. Jim Banks reports on their reasons, the response from customers and the reaction of the leather industry to what could be a turning point in one of its most lucrative markets.

Leather’s association with luxury car interiors goes back decades and the material seemed to have an unassailable place in the automotive industry. So close was this connection that, by the end of 2016, the global automotive interior leather market was valued at nearly $26 billion.

Some forecasts expect solid market growth to continue over the next decade or so, with a potential value of $43 billion by 2026, but there have been recent signs suggesting that leather may no longer be the automatic first-choice for luxury automobiles.

The principal reason seems to be a change in attitudes among customers; a growing awareness of how materials are sourced has led to requests for more environmentally friendly and sustainably produced alternatives.

Tesla and Jaguar Land Rover are the most prominent names to shift away from leather. In mid-2017, the former made a number of changes to the options available for its interiors, the most significant of which was the lack of a leather option. Although its cars still come with a leather-wrapped steering wheel as standard, a non-leather option is available and every interior now uses a new synthetic material that first appeared when the company rolled out its vegan seat option for its Model X.

For Tesla, the move is firmly in line with its corporate ethos, which is to accelerate the world’s transition to sustainable energy, but for other manufacturers the link is less obvious. Jaguar Land Rover is making non-leather options available on models such as the Range Rover Velar, and recent comments from the company’s chief design officer, Gerry McGovern, suggest that the move is – at least in part – born of his view that cows should not be slaughtered for cars. Bentley, too, is closely examining alternatives to leather in recognition of the fact that more of its customers are considering sustainable sourcing as part of their purchasing decisions.

“You can’t sell an animal-containing product like a Bentley, with 20 leather hides, to someone with a vegan lifestyle,” said the luxury marque’s director of design, Stefan Sielaff, at FT Live’s Future of the Car Summit in May, and he promised that a Bentley with a vegan interior would soon be on the market. “We’ve been talking to these customers – in California, especially – and they’re asking us what we can give them,” he revealed.

The use of alternative materials is, therefore, being driven by an increasingly eco-conscious customer base. Supporters of the leather industry, however, point out that no animal is ever slaughtered specifically to make leather, and are concerned that the consumers’ perception of the manufacturing process may be erroneous.

The design team at Jaguar Land Rover recognises that leather interiors and trim have been associated with luxury cars for decades, but nevertheless predicts that this will change in the years ahead.

You can’t sell an animal-containing product like a Bentley, with 20 leather hides, to someone with a vegan lifestyle.

People’s values are changing rapidly and awareness of environmental issues is now a powerful factor in decisionmaking. The company believes that the lure of leather is not universal, and so recently embarked upon what it describes as “a new era” with the launch of an alternative material for its Range Rover Velar.

The new model offers an interior that uses a material manufactured by Danish textile specialist Kvdrat that combines a wool blend with suede-like material made from recycled plastic bottles. Another feature is perforated Luxtec leatherette on the dash and door tops in place of hides. This premium textile combines Australian and New Zealand wool with the same recycled-plastic suedecloth. The use of a wool blend is new for Jaguar Land Rover, and the firm will soon be extending these options to other models in its range.

“The ingrained thinking within the automotive industry has been that, when it comes to a premium or luxury product, it has to be leather, or real wood,” says McGovern. “I’d be quite happy to move away from leather tomorrow. More importantly, I think that fabric gives the opportunity to create a different look and feel for specific vehicles.”

McGovern believes that the customerdriven shift away from leather means that new ways must be found to ensure that brands remain flexible in addressing the rapidly growing demand for animalfriendly products.

“The world of luxury is becoming more sophisticated and people are looking for ways to reconcile that with how we create more sustainable fabrics,” he says.

Tesla has always offered a range of alternative materials, and ‘vegan leather’ is simply an extension of that mindset. “Based on the strong demand and outstanding durability of Tesla’s premium white seats, the company has decided to use the same advanced material for all premium seating options for models S and X. This non-animal material was engineered specifically for Tesla, and is softer, more durable and easier to clean [than leather],” says Tesla spokesperson Emma Rahmani.

Tesla’s new interiors have been getting good reviews from owners, and are reportedly durable and comfortable, and Bentley is currently looking into new types of bespoke non-animal materials for its interiors, such as protein leather that is based on material derived from mushrooms.

The pro-sustainability moves from the big brands in the luxury car market have been welcomed by organisations such as People for the Ethical Treatment of Animals (PETA), which has been a vocal critic of the leather industry.

The world of luxury is becoming more sophisticated and people are looking for ways to reconcile that with how we create more sustainable fabrics.

In 2015, PETA put it to Tesla that using vegan ‘leather’ could help the company reduce its carbon footprint, and suggested that the process of turning animal skins into leather required 130 different chemicals, including cyanide, to which people who work in and live near tanneries were often exposed.

It also claimed that leather production squandered valuable natural resources, and that cows killed for leather suffered branding, tail-docking, dehorning and castration. PETA’s comments on social media have included a 2016 tweet claiming that a single vegan leather interior would save the lives of as many as five cows, while another from 2014 suggested that leather workers had been known to rub chilli peppers in cows’ eyes after they had collapsed from exhaustion on their way to be slaughtered. While many such claims are demonstrably false, PETA lumps the meat and dairy industry and leather industries together, and takes aim at the lot.

Leather is merely a by-product of the meat industry, however, and cattle hides represent only around 8% of its total value, according to the US Hide, Skin and Leather Association (USHSLA).

No cattle are reared specifically to make leather and the vast majority of tanners work responsibly, with respect for the environment.

Leather’s proponents do not want to limit the automotive industry’s freedom to make commercial decisions about its choice of materials, and are not trying to force car companies into a corner by refuting claims made by PETA and others, but are keen to ensure that decisions are based on facts.

As a consumer, I am happy to make a choice between coated materials and leather based on facts. If people want alternatives to leather, they should do the same.

They vehemently reject claims that cows are killed purely for their hides, or that leather is tanned with undesirable or dangerous substances such as cyanide, arsenic or urine.

“As a consumer, I want to base my buying decisions on facts, but they are not being presented,” says Egbert Dikkers, chairman of Leather Naturally, who is campaigning for industries to make informed choices.

Leather Naturally exists to promote the use of sustainable leather. Part of its mission is to inform designers, manufacturers and consumers about the quality, sustainability and versatility of the material.

“Some companies offer coated materials as alternatives, but how are they made, and are they sustainable?” asks Dikkers. “The leather industry turns a waste material from the dairy and meat industries into something that is durable, strong and gives a real identity to the products in which it is used.

“Many coated materials are based on products from the oil industry. It worries me that leather is connected to animal cruelty, and it is important that we combat that, but not a single cow is killed for leather.”

Dikkers points out that leather will always be generated for as long as there is a demand for meat and dairy, and would simply go to waste and need to be disposed of, if it wasn’t used. He also makes another crucial point about the socio-economic importance of leather across the world.

“The leather industry gives income to millions of people and often takes them out of poverty,” he remarks. “It is not like fur, which is a totally different ballgame. There are a lot of untruths about leather in the news.

“Organisations like PETA come from a vegan perspective and are against the slaughter of animals for human consumption, but they put pressure on companies and sometimes even bend the facts.

“As a consumer, I am happy to make a choice between coated materials and leather based on facts. If people want alternatives to leather, they should do the same. Transparency and honesty are what matter.”

Leather’s fate in the automotive sector will ultimately be decided by customers, particularly in the luxury car segment, where views on sustainability and provenance will undoubtedly continue to evolve. What’s important is that important decisions are based on accurate information. 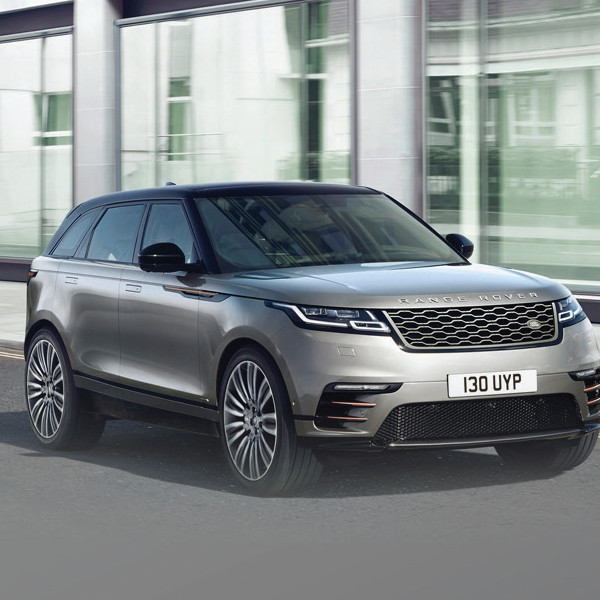 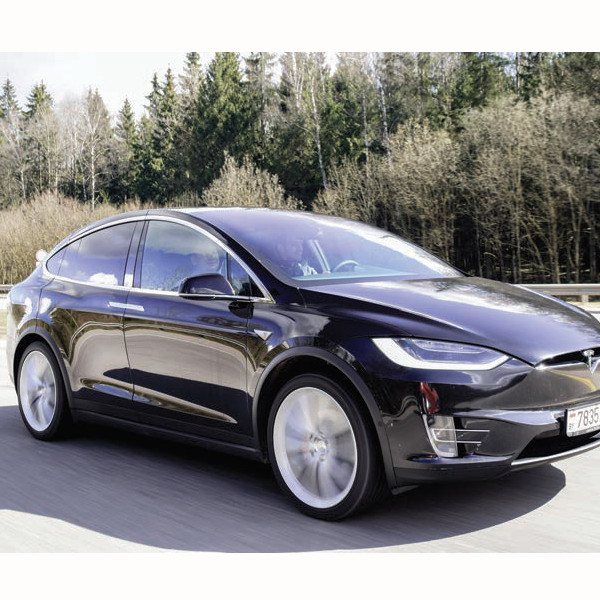 Preferences are increasingly based on ethics and sustainability, rather than just performance. 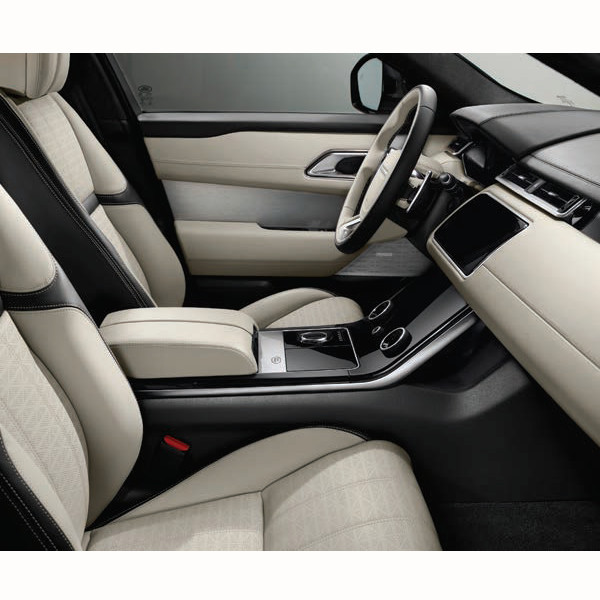 Leather is an inevitable by-product of the dairy and meat industries, and would not exist without them. 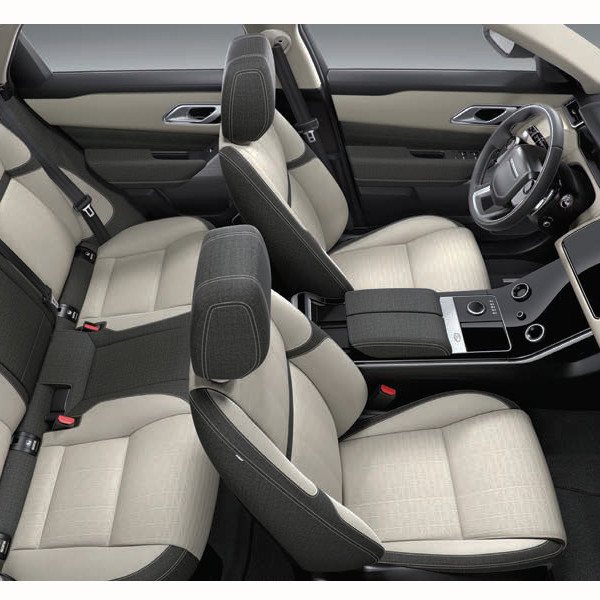 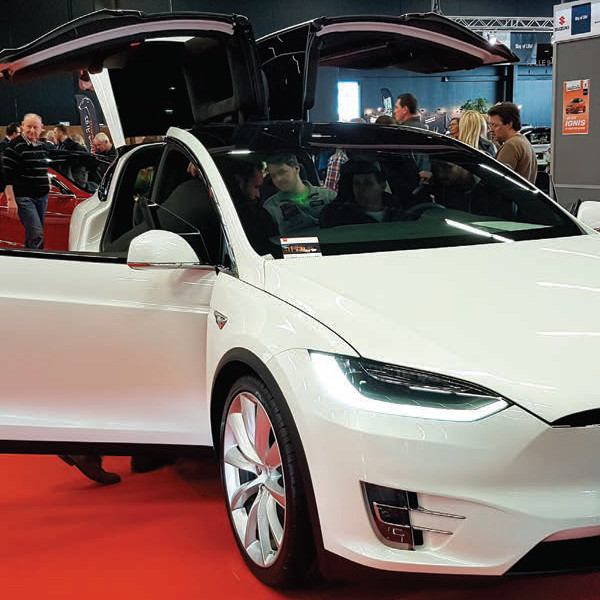 Tesla’s S and X models offer a specially engineered ‘vegan leather’ that the company claims is softer, more durable and easier to clean than leather. 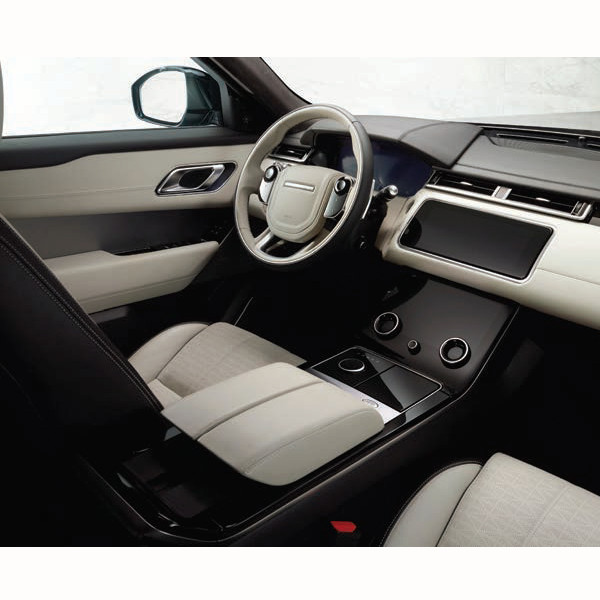 Jaguar Land Rover has embarked upon “a new era” in which it seeks to help the automotive industry move beyond its ingrained association of leather with opulence.
Post to: