The following is an edited excerpt from a study entitled ‘Different pre-treatments of chrome-tanned leather waste and their use in the biogas production’ by Carolina Gomes, Michael Meyer and Jens-Uwe Repke from the Research Institute of Leather and Plastic Sheeting in Freiberg, Germany.

The leather industry has undeniable economic and environmental importance by converting by-products of the meat industry into value-added products. However, leather production generates a huge amount of solid waste. Usually, the tanning process is done with chromium salts; consequently, a substantial part of the wastes are chromium-tanned leather waste(CTLW), which are mostly disposed of through landfill or incinerated. CTLW are collagen residues produced in tanneries, which are stable towards temperature and enzymatic degradation thanks to natural cross-links in the collagen structure and chemical crosslinks between collagen fibres formed in the tanning step. As collagen is organic matter, it can be considered for biogas production through anaerobic digestion, but to ease enzymatic degradation and produce biogas a previous denaturation of the structure has to be carried out.

The goal of this study is to accelerate and improve biogas production when using CTLW. Autoclaving, extrusion and hydrothermal treatment were performed as pretreatments of the wastes. The pretreated samples were analysed regarding their degradation degree. Results showed that the pretreatments helped to degrade the structure. Those that underwent autoclave treatment (120°C) show more than 90% enzymatic degradation after 192 minutes of pretreatment. Results for the extruded samples vary with operation conditions, and it was possible to reach 35% of degradation at 170°C. The hydrothermally treated sample at 170°C reached 90% of degradation. The untreated CTLW was only 6% degraded. During biogas production, pretreated samples were able to start production approximately five days before the untreated sample and presented higher biogas yield.

In 2014, the manufacture of leather and related products in the EU generated €54 billion in turnover and employed 447,535 people, highlighting the importance of the leather industry in this region. This industry also has an important environmental role, since hides, its main raw material, are a by-product of the meat industry.

Europe alone is responsible for the largest part of the global leather production, around 25%, generating about 170,000t of tanned leather waste annually. As the chromiumbased tanning process is predominantly followed worldwide, most of this waste will contain Cr3+ and needs special handling. Currently, in most cases chromiumtanned leather waste is disposed of through landfill or incineration processes, despite the ecological consequences. In disposal sites, the leaching of Cr3+ from waste can pollute groundwater. The incineration at elevated pH (9–10), in the presence of an excess of oxygen, can lead to conversion of Cr3+ to Cr6+, which is a well-known carcinogen.

Increased environmental restrictions and escalating landfill costs have encouraged the leather industry to develop cleaner technology by minimising waste generated and maximising reuse. Attempts have been made to replace the chromium in the tanning process, but the obtained results cannot reach the quality of the chromium-tanned leather. One option would be using vegetable agents in the tannery process, but those tanning agents cannot be considered more environmentally friendly than chrome tanning, due to the high waste water load and low treatability in conventional systems. Therefore, the leather industry continues to face the handling and disposal problems of CTLW.

Among the methods of reuse of CTLW, the biogas production through its anaerobic digestion stands out due to its ability to reduce the final amount of wastes and generate renewable energy simultaneously, with a low level of process complexity and low cost. Until present, few studies about this subject have been published; they demonstrate that it is possible to produce biogas from CTLW but, due to the long times needed for the digestion, this method must be further developed to reach industrial feasibility.

Chrome-tanned leather is a collagen fibrous material. Hence, to understand leather it is important to begin by understanding the structure of collagen, which is among the most common fibrous proteins.

The process is nothing more than anaerobic digestion of organic matter, a quite complex microbial process that takes place in the absence of oxygen with many types of strictly and facultative anaerobic bacteria. Biogas is the final product, which is a mixture of methane (55–70%) and carbon dioxide (30–45%) with traces of other gases. Papers about anaerobic digestion published during 2010–13 were examined, and it was concluded that the most frequent main substrates studied are animal manures (54%), sewage sludge (22%) and the organic fraction of municipal solid waste (11%). At the same time, the most used co-substrates are industrial waste (41%), agricultural waste (23%) and municipal waste (20%).

Tanned leather waste is composed of organic matter, hence it can be used as raw material to produce biogas, even though leather itself is slowly biodegradable. The treatment that hides undergo to produce leather with different chemicals (the tanning process) makes them even more stable. This approach would become more feasible if a simple method to reverse the effects of tanning could be developed.

More recently, the investigation of CTLW’s anaerobic digestion has started. It was concluded that the degradation of this waste is possible using anaerobic sludge and is better than vegetable-tanned leather waste; however, the results are dependent on the anaerobic sludge concentration. Another study looked at the degradation of CTLW and detected 45% of methane in the produced biogas. In all cases, the experiments lasted one to four months, a time considered too long for industrial purposes.

Due to these difficulties, there are currently no biogas plants in the industry using CTLW as a main substrate. However, the tannery Südleder in Rehau, Germany, already has a biogas plant in operation using its own tanning waste (hair, protein, fat and waste water) to produce energy. This kind of initiative illustrates the interest of the industry in biogas production; nevertheless, the use of a substrate as complex as CTLW needs to be further developed.

Chrome-tanned leather is a collagen fibrous material. Hence, to understand leather it is important to begin by understanding the structure of collagen, which is among the most common fibrous proteins and is present in tendons, ligaments, bones, dentin, skin, arteries, cartilage and most of the extracellular matrix in general.

At present, over 50 collagens and collagen-like proteins are known – type I collagen being the most common protein in mammals. These molecules are assembled in different fibrous structures with quite different properties, such as elastic skin, soft cartilage, and stiff bone and tendon. What all the collagen molecules have in common is that they are composed of three polypeptide chains forming a triple helix arrangement. Each of the chains contains one or more regions characterised by the repeating amino acid motif Gly-X-Y, where X and Y can be any amino acid.

Several collagen molecules are stabilised by the development of molecular cross-links between them forming the fibrils and, subsequently, different kinds of tissues. The resulting high mechanical strength, and resistance to heat and bacterial degradation of collagen fibres, motivated their use in the leather industry. Despite collagen’s natural features, there is a need to further stabilise collagen fibres by chemical cross-linking, increasing their mechanical strength, denaturation temperature and susceptibility to enzymatic degradation. This chemical cross-linking process applied to hides is known as the leathermanufacturing process.

As mentioned above, collagen molecules are not susceptible to degradation by enzymes because of their stable structure, and the tanning process increases this stability. The anaerobic digestion is based on this kind of degradation; hence, this characteristic would preclude the digestion.

The aim of this study was to accelerate and improve the biogas production process through anaerobic digestion of CTLW, enabling its application in the industry. For this purpose, CTLW underwent pretreatment with different heating and mechanical technologies. The modifications caused in the collagen structure of this waste were evaluated with different methods, and some of the pretreated samples were tested for biogas production. The study was developed in three different steps. At first, CTLW underwent pretreatment to initiate material degradation. Thereafter, the pretreated samples were assessed regarding their degree of degradation with different methods. Finally, the biogas building potential of some selected samples was investigated through biogas production trials in order to prove the feasibility of this method. CTLW samples from the shaving operation of the leather-making process were obtained from a local tannery and characterised regarding their volatile matter, ashes and chromic oxide content. 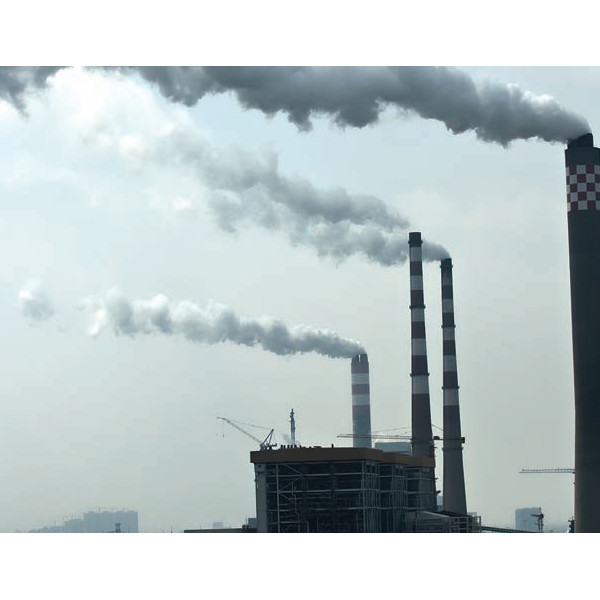 Like all industries, leather is putting a lot of research into reducing its carbon footprint. 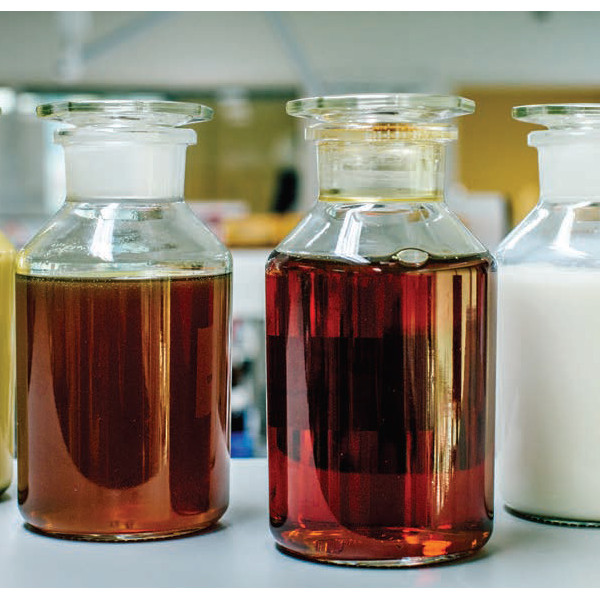 The by-products of leather production vary depending on the method used, with some being more environment-friendly than others. 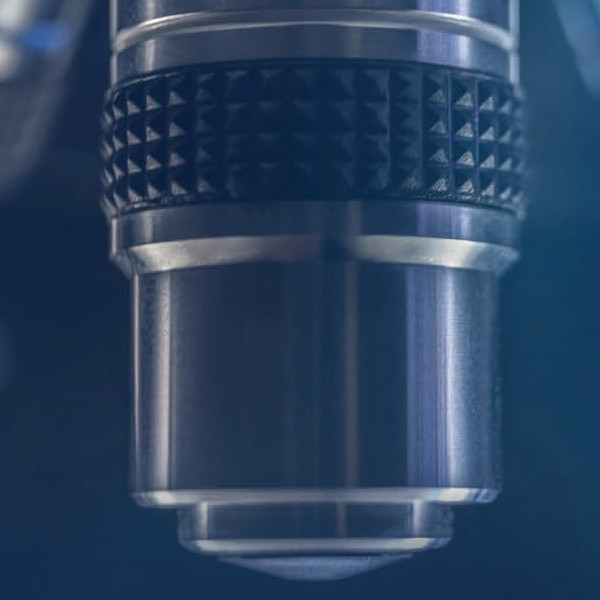