Gianni Russo has entered the last phase of his presidency of UNIC-Concerie Italiane. It was a longer than expected presidency – five years as opposed to the traditional four since the association changed its statute, which will resonate for a long time for several reasons. First of all, because it started in a golden moment of the Italian tannery industry, in a period of growth and prosperity with respect to international competitors and the luxury boom. But then it turned negative towards the end of the mandate, as the year of 2019 will certainly testify. In the first nine months, the indication was -7% for bovines, -9% for calves, and -6% for sheep and goats. When the market really collapsed, not even the Italians were able to resist, even if they reacted better than most outside the EU.

The Russo era in UNIC is regarded as one of great renewal. The association has changed its name, direction, structure (with a simplification of the corporate assets) and has definitely opened up to the market, managing to broaden the base in a concrete way: the number of associated tanneries has increased from 146 to 172 and, put together, they are worth 68% of the total turnover of Italian leather output.

At the same time, in compliance with the rules provided by the new statute, UNIC’s board saw the entry of nine new members from the three main regional tanning areas: five from Veneto, two from Tuscany and two from Campania. The appointment came in December, during the assembly held in Milan at the Allianz tower, which is symbolic since it is one of the skyscrapers that changed the skyline of the city where UNIC is based.

Now the search opens up for Russo’s successor, who seemed already defined before Piero Rosati (Incas) gave up his candidacy for personal reasons. And there is also a new challenge: that of communicating the natural sustainability of leather and fighting the erroneous campaigns related to the sector.

The last assembly coincided with the presentation of edition number 17 of the sustainability report, which, in addition to updating the assessment of the sector’s green excellence, proposed a new reading. The report, in fact, is built around the declination in terms of the sustainable development goals defined by the UN in the 2030 Agenda for sustainable development. And in this situation, the communication campaign entrusted to Spring Studios was presented, which aims to communicate on a global scale the virtuous identity of leather and the tanning industry by offsetting the damage caused in public opinion by those who want to denigrate and damage them.

On 21 January, at the Lineapelle London fair, assessing the effects of Brexit on the economy of the sector was being assessed and anticipated, and, according to the +12% growth in visitor numbers, it would appear that there is not too much to worry about, so far.

In the spaces of the Ham Yard Hotel, where 43 companies exhibited, 32 of which were Italian and mostly tanneries (28), the most important UK brands and many independent designers came as visitors.

“London remains an inexhaustible source of inspiration and most of the exhibitors expressed positive comments on the contacts they had during the day,” said Fulvia Bacchi, CEO of Lineapelle. In this situation, the worldwide promotional campaign ‘Real leather is real sustainability’ made its debut, which is expressed in a series of claims and visuals that have a very specific objective: to communicate the many and obvious sustainable benefits of Italian leather. But, at the same time, the campaign aims to deny the paradoxical accusations that are supported by misleading campaigns, based on wrong assumptions.

UNIC thus tries to overcome the limits of businessto- business promotional activities in order to reach consumers directly, “because [they] understand the absolute value of a product of excellence made in Italy, whose identity is based on indisputable characteristics of naturalness, circularity, durability and creativity”, the association states. And the campaign will be spread worldwide on the web and social networks, using traditional channels and through specific initiatives.

We need to talk about the numbers

As for certain economic situations, UNIC preferred to overlook these during the meeting, perhaps as so to not spoil the pre-Christmas atmosphere that prevailed. However, the economic report released by Lineapelle for the third quarter is clear: the situation has worsened due to the drop in raw material prices, which negatively affects company turnover.

The drop in prices, according to the findings of Lineapelle, reached peaks of -40% for Australian and New Zealand origins, without sparing other relevant findings from the US and Brazil for wet-blue. The average drop in the first nine months, assessing supply prices, was 12% for calves, 17% for heifers, 8% for cows and 35% for adult male, the price of which plummeted due to the automotive effect.

Only sheep hides appeared against the trend, supported by the increase in prices of Iranian origins, which, however, are less important for the Italian tanneries since the transformations of South African skins prevail in Solofra. The economic situation in 2019 shows a decrease of about 12% in volume and almost 8% in value during the first nine months. “The last quarter seems less negative and gives us some hope for 2020,” said Russo. And in fact, the first half of January saw a partial revival of prices, with increases of €0.05–10 for the bulls and with a slight rush to buy, motivated by the fear of being without stocks when the demand were to restart.

The Italian situation appears to be strongly contrasted and, in these cases, it always ends up winning the top-of-the-range product, which by its nature is less sensitive to market fluctuations. In fact, just as the medium-low level tanneries are experiencing considerable difficulties, the top-end tanneries are at the centre of sensational operations, such as the one carried out by LVMH, which acquired ownership of Masoni, one of the best Italian producers of calf for leather goods and footwear.

The interest of potential buyers is therefore destined to continue during 2020 and the targets are outlined. The first concerns companies specialising in luxury or having consolidated relationships with luxury holding companies. The second, slightly less probable, is linked to large groups, following the two operations already concluded and concerning Pasubio and Rino Mastrotto. The third, decidedly interesting, concerns those companies that are hyperspecialised in particular articles where they operate sheltered from the competition and obtain important percentages of EBITDA.

The drop in prices, at this time, works to the advantage of those who buy because the calculation of the company value mainly depends on the EBITDA (multiplied up to a maximum of 10), which has now fallen, despite being percentage stable compared with the turnover, in absolute terms and proportionally to the revenues. This means that an investor buys companies at a good price when the costs of the raw material are low, because the content is low, and could be sold at a high price when the values increase and the margins are higher. 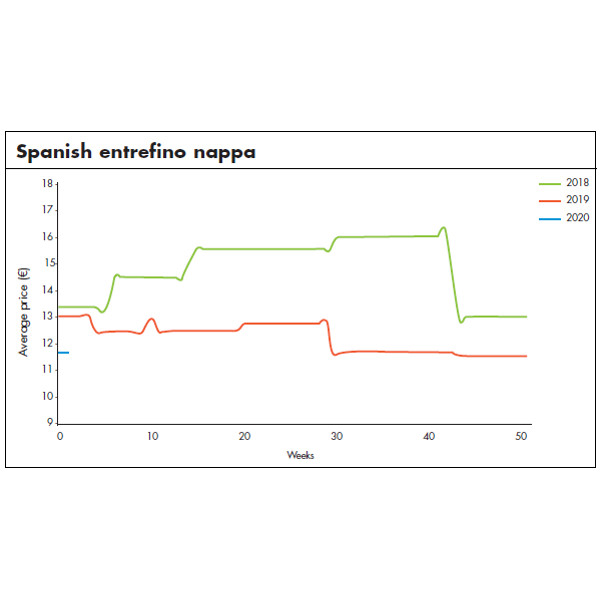 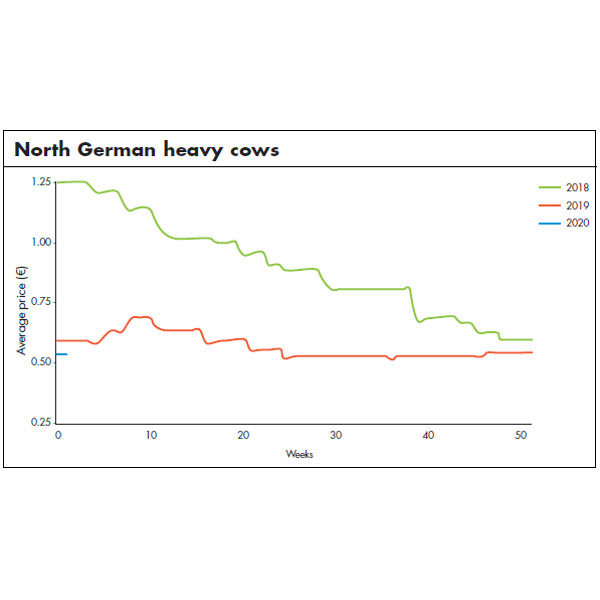 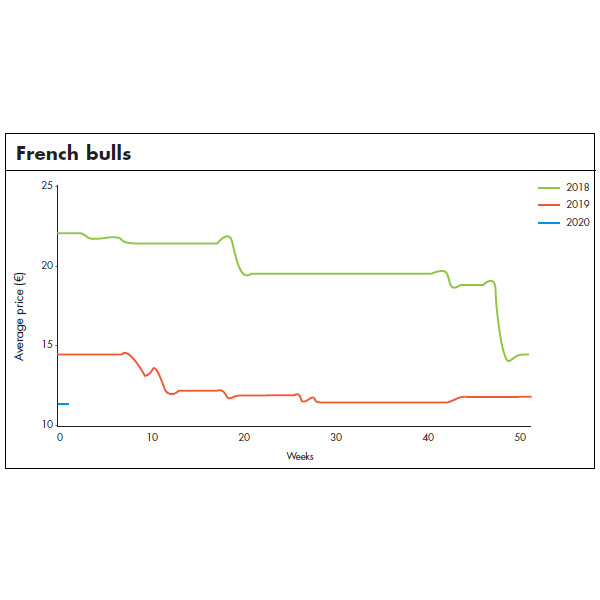 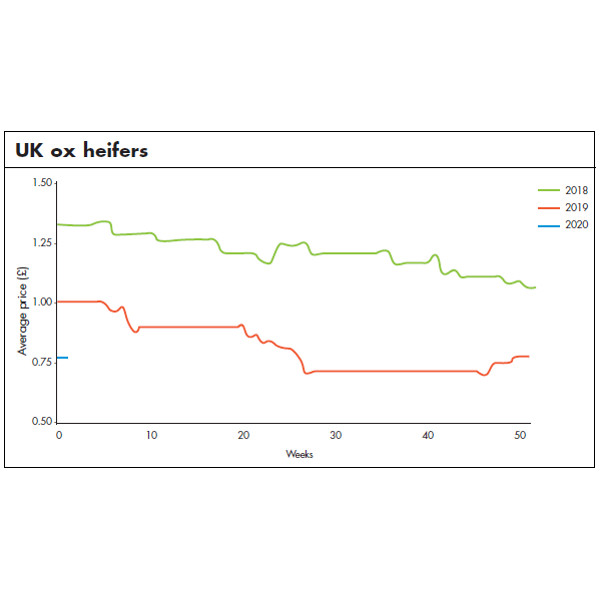