European companies will be conspicuous by their absence from ACLE on 3–5 September, and of the 46 Italian representatives in Shanghai, only two are tanneries. Andrea Guolo reports on rising labour costs and increased automation in China, and the future prospects for Italian leather companies across Asia.

Europeans will mostly observe the proceedings of the upcoming Shanghai All China Leather Exhibition (ACLE) from afar. The 2019 edition of ACLE features a fairly limited presence of companies from the old country, because, unfortunately, the Chinese business has stopped and many people maintain that the possibility of obtaining new sales does not justify the expense to participate in the event, bearing in mind travel, accommodations and setting up shop in the SNIEC.

Looking at the ACLE website just before press time, the list of members confirm the impressions: 11 companies from France, 13 from Germany, five from the UK, nine from Spain, and one each from Switzerland, Russia and Portugal. At the top of the European nations, as always, is Italy, with 46 companies – but only two are tanneries. The others are machinery manufacturers, chemical products companies, rawhide dealers and finish leather traders.

Undoubtedly, the results of the previous editions of Shanghai haven’t helped, and if we add to this the general state of depression in the leather sector, it is natural that many Europeans have preferred to postpone the appointment to better moments. Also, we have to consider the complicated period in which the fair is always organised, just after the return from summer closure.

Among the standouts are from the Assomac collective, the Italian association that brings together the producers of machinery for tanning, footwear and leather goods, with about 15 companies. This one will certainly be an edition to remember for Roberto Vago, who takes on the role of new Assomac managing director after the long reign of Amilcare Baccini, who has now retired.

“We will be present in Shanghai sniffing the air... because China remains a reference market for our machine manufacturers,” says Vago. “It is, however, evident that the production today has been relocated to other Asian areas, starting from Vietnam. We will therefore go to Shanghai to understand what is happening and to assess how much the Chinese are interested in our innovations, since a new fact has emerged from Simac and Tanning Tech: the greater willingness to purchase robotic and automation systems, confirming that now the cost of labour has more impact than in the past and, therefore, if they want to continue producing in China, they must do so by reducing the incidence of labour.”

The decline in Italian exports to China is evident, and not only in the field of technology. For finished leathers, China remains the leading export target market for Italy, but in 2018 the decline was in the double digits. It is no coincidence that, when analysing the ACLE website, there are only two tanneries present representing Italy – Incas and Superior, both specialising in the luxury segment, and both of Tuscan origin.

For Conceria Superior, in particular, this will be the edition that marks the company’s return after a few years of absence because, as Anna Wirz, the company’s finance and HR director, says, “We have evaluated the opportunity to come back just because the demand for high-quality leather in China has increased. In Europe we are suppliers of the biggest luxury fashion brands and this probably pushes the Chinese to request our materials, due to the need to increase the quality level of their products.

“Using skins like ours, the result of consolidated know-how obtained over more than 30 years of experience from our artisans, for bags and shoes produced in China, means obtaining a fundamental upgrade in a commercial key.”

Conceria Superior will present the items already exhibited at Blossom Premiere Vision in July; in particular, the new metal-free line designed in collaboration with the Normale di Pisa, a centre of excellence in the university.

“The offering is divided into two groups; the first consisting of the classic calves, part of the company DNA, characterised by softness and fluidity that make the product seem almost a fabric,” explains Max Schiavini, the centre’s creative director. “These are flanked by calves with lambskin effects, presented with special prints, a reference to the 1970s, thanks to their texture, and smooth, almost silky softness.”

Returning to the subject of tannery machines, Bergi will be present at the fair with little expectation of doing business.

“For at least three years, the fair has lost its former glory, with a steady decline, even from Chinese companies,” says sales director Toni Muzzolon. “This seems to me to depend on the crisis in the Asian market in general and on the increase in processing costs that specifically hit China.

“The expectations for this edition are at an alltime low. In the past, I personally went to China four times a year, for the two main fairs and for other face-to-face meetings. Now I have halved the frequency and added direct appointments after the fair, because if I had to go only for ACLE, I certainly wouldn’t have repaid the price of the trip.”

Nevertheless, Bergi continues to stay in the market arena.

“We have to be there, because the Chinese have to see us so we can be taken into consideration when the market starts up again,” Muzzolon adds. “They must be sure that the company is still present in China, and our technicians continue to be [present] around the world.”

“The situation is very complex: there are tanneries that had already purchased advanced machinery and never started tanning operations. The widespread feeling of a country without growth prospects is evident.”
Giulio Tandura, Fratelli Carlessi

The spirit of Giulio Tandura, general manager of Fratelli Carlessi and former president of Assomac, is in line with that of Muzzolon. Tandura will not be directly present at the fair this year because his company will be represented by the staff of Erretre, to whom Carlessi depends.

$1.99 billion
Value of China’s finished leather imports from January to May 2019, a fall of 4.7% compared with the previous year.
CLIA

“The market, at least for our product range, has stopped,” says Tandura. “The situation is very complex: there are tanneries that had already purchased advanced machinery and never started tanning operations. The widespread feeling of a country without growth prospects is evident. And if we go beyond China, there is little to be comforted by because Thailand and Indonesia have disappeared, and India is at a standstill. Only Vietnam seems to be able to keep a good growth trend. At this moment, Asia, for me, is like Atlantis, the submerged continent. Paradoxically, Europe is better, despite the obvious slowdown in the automotive sector.”

The negative trend of the Shanghai fair adds to the mood of the sector.

“It follows the overall trend of the market, and it is natural that this is so, but it is proving to be weaker than that of Hong Kong, which instead retains its importance as a meeting point between non-Asian operators,” continues Tandura. “In essence, with Erretre and Carlessi, we will go there to honour the signing and without any particular expectations.”

On the prospects for the Chinese market, Muzzolon from Bergi has a fairly clear idea, adding, “Many tanneries have closed for reasons related to purification and at that point the entrepreneurs, instead of investing in the environment with the use of improved technologies, have preferred to turn to real estate. In addition, US duties have strongly hit the production of leather sofas, so today Chinese tanneries have warehouses crammed with unsold finished leathers.

“Finally, let us add the increase in labour costs and it is natural that there will soon be no prospects for recovery.”

Yet, Muzzolon is convinced that the tanneries will have to invest to be competitive, and they will do it, starting with machinery.

“Automation is worthwhile today because the increase in labour costs makes it possible to amortise the investment more quickly,” he notes. “Furthermore, the second generation of Chinese entrepreneurs has a different vision from the first and is interested in this type of solution. So they save on labour costs. These are not giant steps, but something moves.”

Assomac’s Vago endorses Muzzolon’s vision and says, “Our national collective is certainly not expanding, but it remains a good presence on the Chinese market. I also reiterate the interest in the most advanced machines. It remains to be seen if the Chinese will really be ready to invest in obtaining automation, recovery of processing waste and to push in the direction of the circular economy. The challenge of sustainability must also be opened up for them too.” 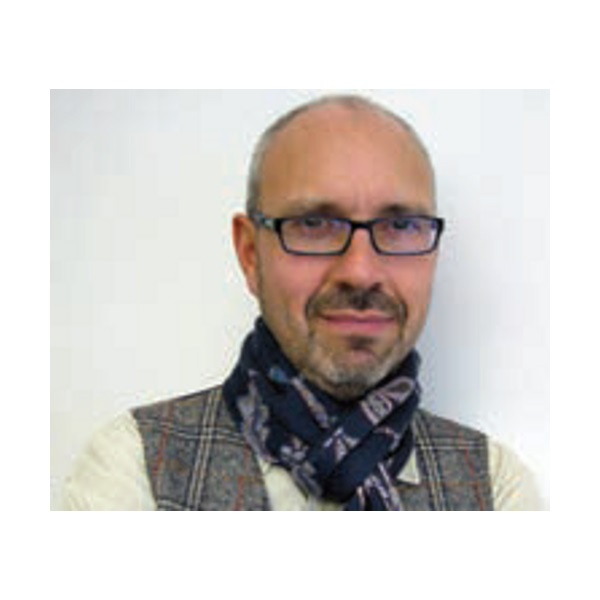 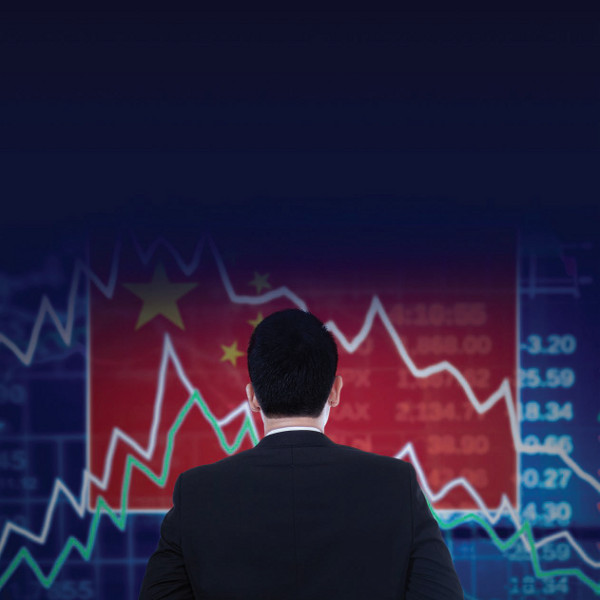 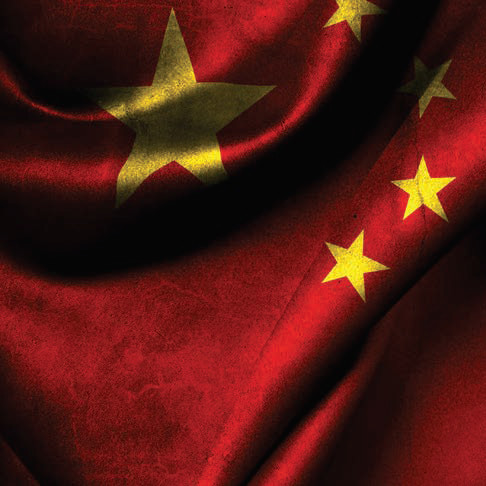 Vietnam is maintaining growth and leeching trade from China. 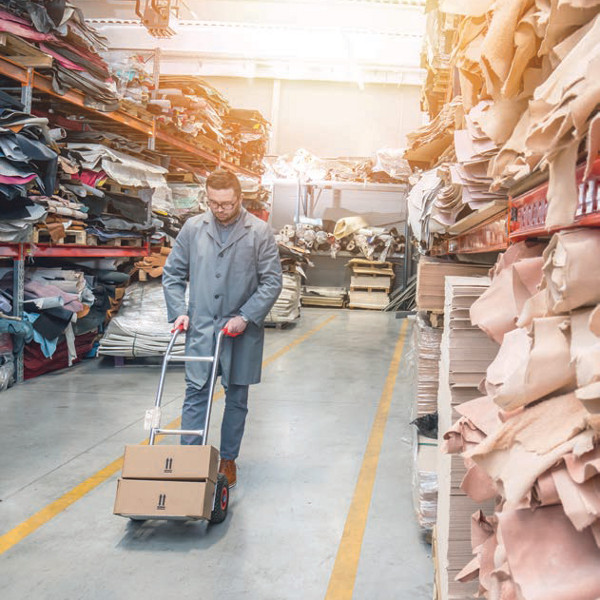 Trade impasses are leading to overstocked warehouses.
Post to: