After two years of steadily declining prices, US hides were finally able to hold onto firm levels for a couple of months. At the end of September, packers were still well sold on popular steer selections and insisting on steady prices, in a few cases having pushed them up an additional dollar or two since August. That said, no one was expecting the market to rise further and sellers hoped to maintain steady trading as long as possible. In addition, the still-simmering trade war with China is set to see additional tariffs take effect on 15 December, affecting the hide and leather sector.

There was no good news in the cow sector, which was still plagued by few bids and very low prices. In fact, the general market for branded cows was around a dollar or less FOB on 52/54lb averages and many processors were operating at a loss on these hides. Dairy cows were still seeing steady interest and mostly steady prices, generally selling at around $17–18 for an average variety.

With regard to US export sales, slaughter was above sales and shipments most weeks; however, a couple of weeks in mid-September saw significant increases in combined sales and shipment. In August, weekly shipments of raw hides averaged 353,760, while for wet-blue it was 63,420.

With regard to wet-salted hide markets, the most significant volume increase was to Vietnam at 115% more hides, followed by Brazil at 7%. While there were a number of countries with large percentage decreases, one of the more significant volumes was to Mexico, which has declined by just over a million pieces (-39%). For wet-blue exports, Brazil has seen the largest volume increase at 1.98%. Among Asian destinations, Vietnam increased 12% over the same period in 2018 and Taiwan 7%. EU-28, Italy and China have seen significant decreases of 33%, 32% and 30% respectively.

In early September, US cattle slaughter continued at robust levels; however, it was often shy of the 650,000 weekly mark. As for the USDA’s monthly cattle on feed (COF) report, the numbers for US feedlots 1,000 head or larger were: COF on 1 September was 10.982 million head, 98.7% of a year ago. August placements were 1.884 million head, which was 91% of last year’s number. The number marketed in August was 1.953 million head, 98.5% of last year’s level. August placements were 2.7% below the average forecast.

This meant the 1 September COF total was 0.6% below the average forecast and 143,000 head less than a year ago. August marketings were up 3.0% on last year after taking one extra slaughter day this August into account and were just above analysts’ forecasts.

September saw another edition of ACLE come and go, and this one highlighted many of the underlying issues in the industry. While the fairs are no longer the big deal-making events they once were, they are still important for face-to-face meetings and a forum for examining the larger issues the industry faces: namely, the growing number of competing materials, and how leather can reposition itself as a sustainable and desirable material for younger consumers. Marketing to those groups will be key, and will require very different and innovative messaging.

Some days it appeared that a steady market is too much to hope for. When the market is in decline, sellers wish for a steady market and as soon as it stabilises they start pushing prices up. Of course, it is the job of sellers to try and get as much as they can for their hides; however, by now anyone can testify to the fact that a rapid rise in price levels will not help a demand-starved leather market. Besides, there are still many external factors at play on the larger global economic level that have bearing on the leather and hide industry, and it is not just the US-China trade war. Take your pick: Brexit, tariffs being considered on European goods, the crisis in the Amazon. After a couple of years of a tumultuous market, moving forward at a steady pace is a pleasant change. This may not be long-lived, however. Once shipments leave the port for delivery before 15 December in China, there could be a hole in the market.

Finally, the US hide industry took a major step towards having a single, unified voice as the US Hide, Skin and Leather Association (USHSLA) and the Leather Industries of America (LIA) formally merged. Effective 1 January 2020, the two associations will form the Leather and Hide Council of America (LHCA) led by current USHSLA president Stephen Sothmann. LIA president John Wittenborn is retiring at the end of the year after 15 years at the helm of LIA, and more than 34 years working on behalf of the leather industry. 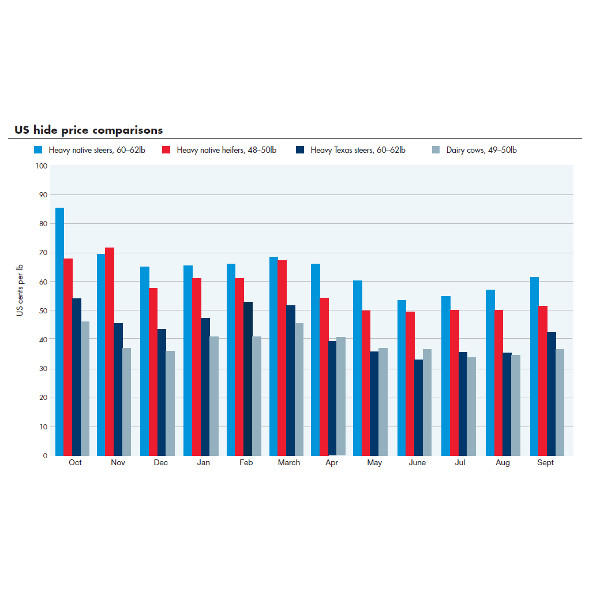 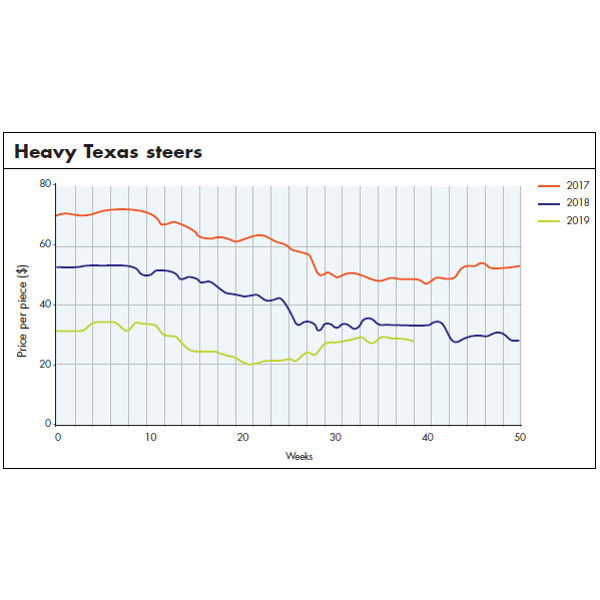 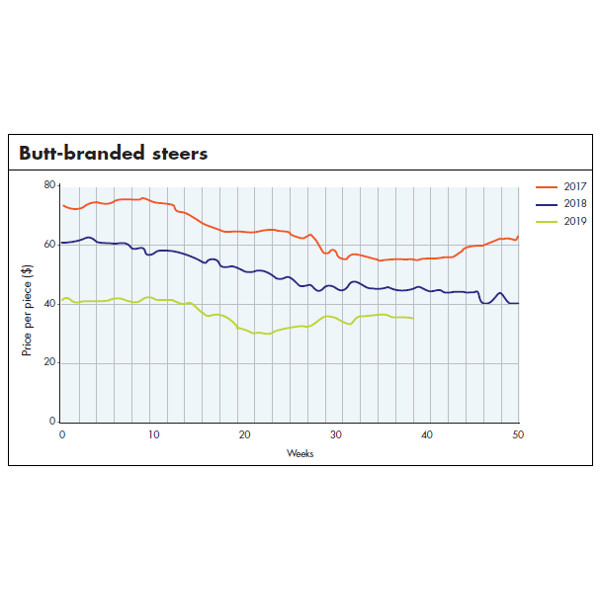 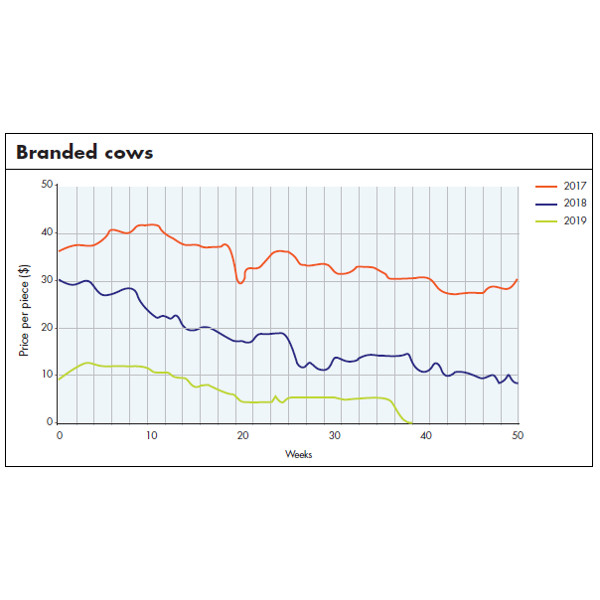