What a difference a month or two can make in the hide market. In early May, US hides were still on a steady slide downward, but by the end of July, it was a very different story. Packers had been able to move enough steers that they were well sold on popular steer selections and were thus able to push prices beyond steady to higher levels. In some cases, the improvement was more than 25–30%. At the mid-summer point, the trade war with China was no closer to being resolved and the latest round of talks in Shanghai had ended without any real progress.

Benchmark heavy Texas steers saw thin trading in July, but by the end of the month, trading was taking place at $26–27 on seasonal weights of 62/64lb. Branded steers, also known as Colorados, which had dropped below the price levels of Texas steers, made good gains and were selling at generally the same level as Texas.

The cow sector continued to see few bids and even fewer sales. The low end of the market was said to be weighing it down and some processors had stopped picking up these selections because the sale price was below the cost of processing. Branded cows remained at a price level where it was barely workable for sellers to pick up, process and ship the hides. Reported sales of branded cows were between $4 and $6 on 52/54lb averages. Dairy cows, which had seen prices decline, were still moving quite well at steady prices, generally in the range of $17 to $18.50 for an average variety.

With regard to US export sales, slaughter generally surpassed combined sales, but there were a couple of weeks that had very healthy numbers. In June, the average weekly shipments of raw hides were 406,800, while for wet-blue it was 107,850. Both were below May, but in the case of wet-blue shipments, it is the lowest weekly average for the year.

Slaughter continued to be at high levels through the end of July, generally above 650,000 weekly. The USDA’s monthly Cattle on Feed report at the end of July and its mid-year Cattle report were said to indicate that the US cattle herd has stopped expanding. The number of heifers being held for beef cow replacement purposes dropped by 4% compared with 2018 figures, noted the Steiner Consulting Group. Also, the number of ‘other heifers’ (those in feedlots, for example) was up 5% year-over-year. The percentage of heifers and heifer calves was 38.9%, with the year-over-year heifer count up 7.7%, while the number of steers declined by 1.7%. The drop in steers could indicate the 2018 calf crop was overestimated. Derrell Peel of the Oklahoma State University Extension Livestock Marketing service wrote that inventories in the reports “suggest that the US cattle herd has reached a plateau”.

Once prices hit their low point, which was in mid-May, packers were able to position themselves well enough that they could turn down anything less than steady money and even press for more on the most popular steer selections. Initially, most questioned how strong those positions were. Admittedly hesitant to extend their positions out any further given the low price levels, packers may have only been nominally forward sold, choosing to adopt a shorter position to prop up prices; whichever the case, it worked and, by the end of July, positions were good and weekly offering lists were very short. As one person put it, hides are moving at steady or better prices and that’s a good thing.

Quality is also playing a role in this scenario. As a source told us, a shift in demand is occurring towards better hides and the result will be higher prices and even tighter supplies for those selections. This is also a good time of year, with summer hides being most in demand. Moreover, this situation also adds to the chasm between high and low quality, which has for some time now created a two-tier market globally. It has also fortified the price spread within some selections.

Any current strength in the hide market is limited to steers, while the only cow sector to see any notable interest is dairy cows for upholstery. Other cows are still a drag on the market and not too many are being sold these days. Some cow sellers believe that a portion of this sector disappearing from the market could improve the overall scenario. With processors not picking up some of the lighter cows and producers not willing to pay for their removal, it’s a tangible indicator that in the current leather market, there are selections that are not worth the bother. 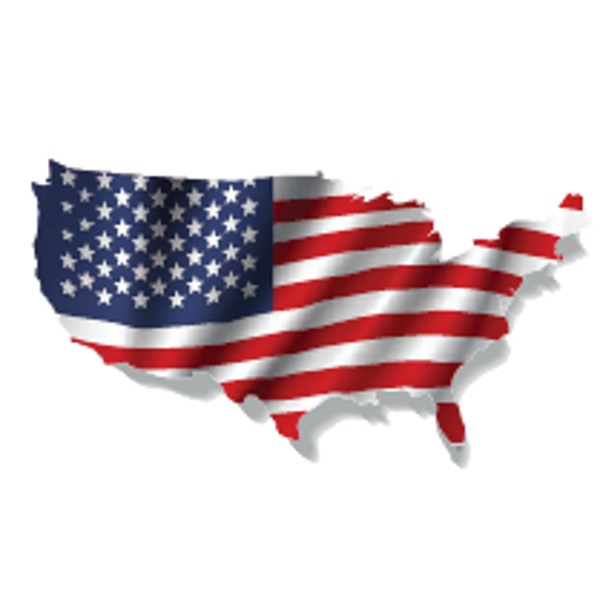 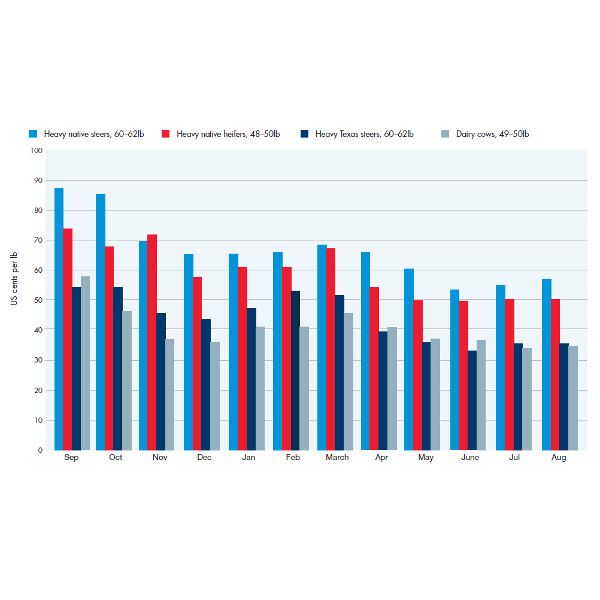 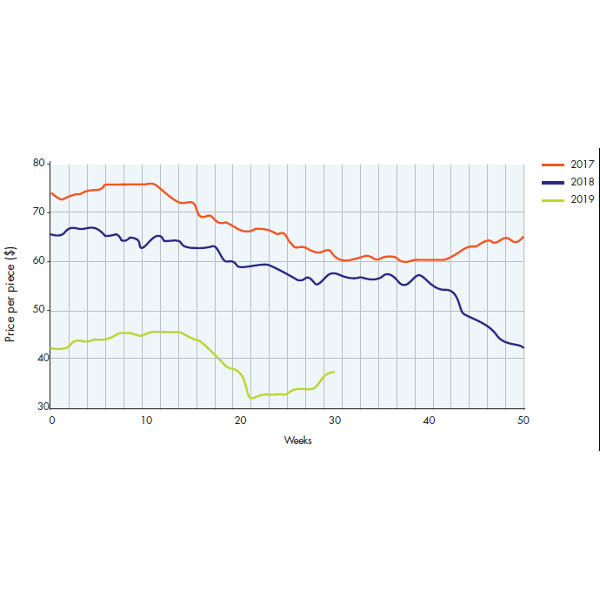 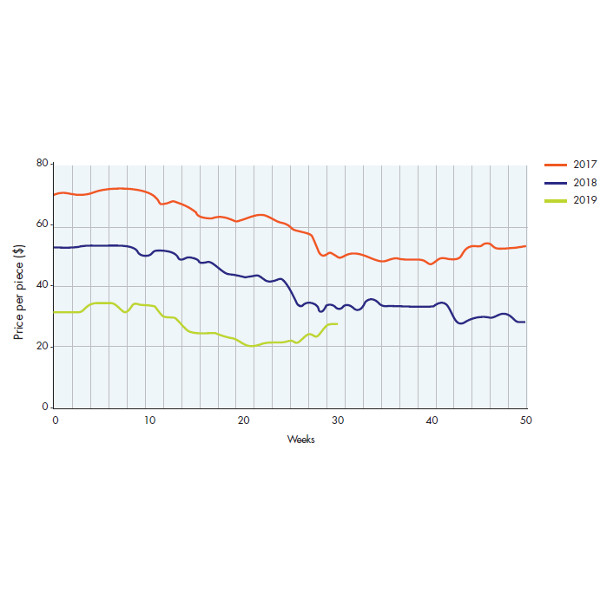 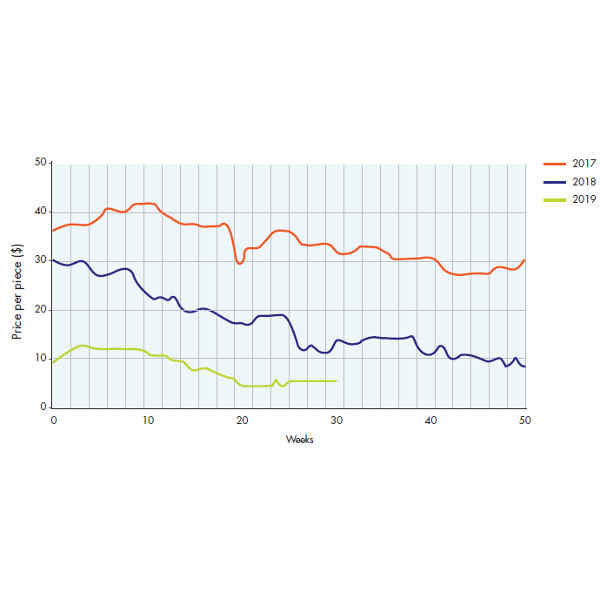 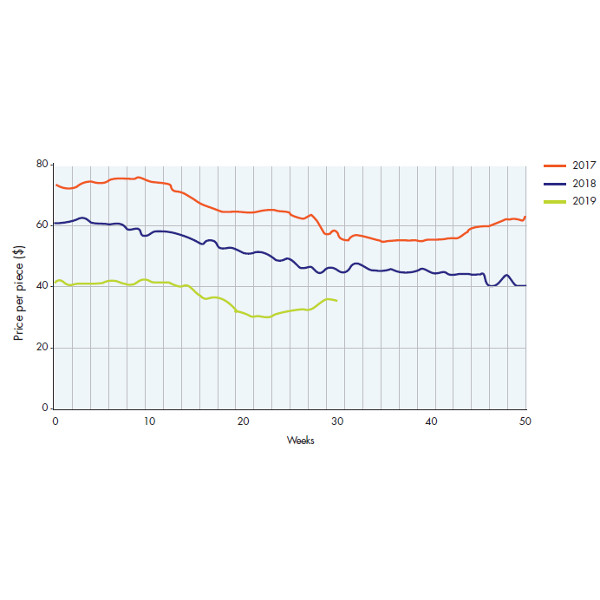