The global Covid-19 pandemic took hold in many countries during the month of March and resulted in nations going under lockdown with all but essential industry operations suspended. From the hide market perspective, the unprecedented situation struck a hard blow at a sector that had just started to recover from a long run of declining prices and diminished demand.

In our most recent update on the US market, we were fully focused on the effects of China’s virus-related shutdown and the resulting logistical challenges for sellers. Now, those concerns have been eclipsed by the general economic effects of the spreading pandemic.

“Throughout the latter part of March, producers had to manage the flow of hides by accepting lower prices to move volume.” Overall, trading prices were driven by a number of factors, starting with the level of urgency on the part of the seller. Shipping times and the particular customer also played a role in the sales price, making it difficult to fix a reference trading level for any selection.

Trading volume in heavy Texas was low before the crisis and remained so through the end of March. Prices, which had previously been reported between $23.00 and $27.00, dropped to a record low of $15.00–17.00. Sales of branded steers, also known as Colorados, were challenging and dropped as low as $12.00, but were reported mostly around $14.00.

The cow sector saw its hard-won positions disappear thanks to the situation in China. As China returned to production, brands from other countries hit by Covid-19 were delaying and cancelling orders. This was affecting all hides, but particularly cows. The end result was that by the close of March, branded cows lost all they had gained in 2019 to sell for $2.00–3.00 for seasonal average weights of northern type material. Dairy cows were also significantly lower, selling from $9.00 to $12.00 for average quality selections.

With regard to US export sales for the month of February, weekly rawhide sales averaged 298,425, which is down 2% from January. February’s average weekly shipments were 387,600, up by 8% from January.

For wet-blue, February weekly export sales averaged 109,550, which is down by 49% from January. Weekly average wet-blue export shipments were 148,025, which is higher than January by 32%. According to the Leather and Hide Council of America, US cured cattle hides exports in January were down by 9% in value but up by 4% in volume compared with January 2019.

Exports to Brazil, Thailand and Taiwan were up appreciably in volume. Israel and Canada also saw large increases compared with the same month last year. Wet-blue shipments in January decreased by 9% in volume and 11% in value. China was the largest customer for wet-blue in January, increasing the volume by 56%.

With regard to the pandemic situation, Khe Hy, a well-known life and business expert, explained that surviving the crisis ultimately comes down to successfully managing the situation with more prudence than panic. The same can be said for the leather and hide industry.

Throughout the latter part of March, producers had to manage the flow of hides by accepting lower prices to move volume. Smaller sellers can build up more stockpiles, but packers didn’t have that luxury because beef was quite literally flying off the shelves as consumers stocked their refrigerators and freezers in a spate of panic buying. Good sales mean that the hides keep coming in great volume.

This led to all kinds of disparities in pricing and even more rumours about sales at very low prices. One seller noted that in a three-week span, he had sold the same hide selection for prices with a $10.00 spread between the high and low. Generally, most were saying that any price is realistic and that it is nearly impossible to fix a price on any selection.

This pandemic-driven situation is unprecedented and has driven hide prices to record lows – even lower than the 2019 numbers we thought couldn’t go lower. Prices will likely level out because they have hit rock bottom but it will take time for them to improve. First of all, slaughter was high and the US had not even reached the typical peak summer season for beef. The only thing that had the potential to disrupt the meat supply was a big outbreak of the virus among plant workers.

“China’s retailers, large and small, physical and online, had to offer up big incentives and discounts to lure shoppers to purchase once the quarantine was over.”

It’s a sad irony that as China was returning to work, the rest of the world seemed to be headed off a cliff. And, even though businesses there were generally back in production anywhere from 50% to 75% or more, demand was damaged there too. Some tanners and traders in China said that as tempting as US hide prices might have been, they could not buy them because it was so difficult to stimulate any interest.

Unfortunately, the whole situation was like a cascade of dominoes, with each one knocking the next off balance. Postponed or cancelled leather orders led to the same situation for hides. At the same time, China was trying to get back to work and was seeing the formerly healthy export sector quickly shrink. Since the beginning of the year when Covid-19 started affecting China, tanners and companies working for export in certain areas of the country were still doing well. Then, China’s tanners had to pin their hopes on domestic demand to keep them afloat as the export market hit a turbulent period due to all the production closures around the globe. Stimulating domestic demand was the hope, which was proving to be a challenge. The Wall Street Journal reported that China’s retailers, large and small, physical and online, had to offer up big incentives and discounts to lure shoppers to purchase once the quarantine was over.

Just as the US economy was healthy a mere few months ago, so was the hide market. Prices had a long run of stability and were improving. Consumers were rediscovering leather and demand was better. We would have loved to hit rewind and go back in time. However, all nations will have to wait for the end of the pandemic and hope that consumers will return to the stores. There may be an initial spurt of demand as people emerge from lockdown; however, the longer-term recovery may take time and it will certainly involve a large number of moving parts. Of course, hope springs eternal, and the leather sector will recover from this downturn and rekindle the previous level of budding consumer demand.

It’s not surprising that it was another atypical period in this unusual time in history. A number of factors were at play in what most would call an ugly market.

Sellers, who have been struggling to move hides while faced with high slaughter levels, made good sales recently. This was evidenced by the export figures, which were the highest for the year to date. Add the usual domestic consumption number and the combined sales total is over one million hides. Customers in China accounted for the overwhelming majority of these sales — 90% actually. This should not be surprising either, given that Asia is the main operational region right now. This is also the largest quantity China has purchased in a given week in at least the past three years.

As always, there’s probably more than meets the eye here because some speculate that a good percentage of the total is actually resales. New sales have largely been driven by the current prices that are low enough that buyers can’t resist, creating a feeding frenzy. Others have commented that a proportion of these buyers are likely less than trustworthy when it comes to honoring contracts and some sellers — packers included — will find themselves with a good number of unshipped orders.

At the same time, sources say that securing containers is again going to become an issue and booking space on vessels continues to be a challenge. In fact, shipping media reported that blanked sailings have quadrupled, which will not ease the situation.

The last, but certainly not least, of the factors is the slaughter level, which declined significantly this week. Driven by fear of Covid-19 contagion, packing plants have had seen employee numbers dwindle. At press time, there were rumors that the JBS Greeley plant was offline. Normally, lower slaughter would be a good thing for the hide market, but these are not normal times.

The bottom line is that without orders, the price-driven buying spree cannot last and higher prices will end it even sooner. Source: Hidenet.com 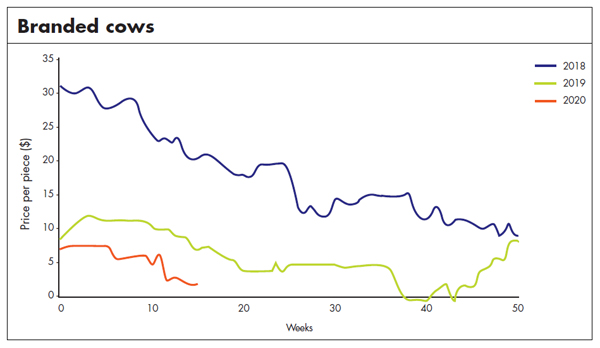 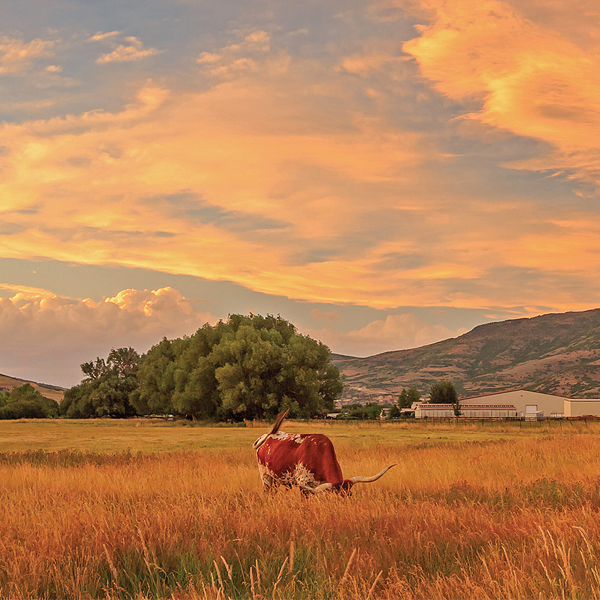 The sun seems to have set on steer prices. 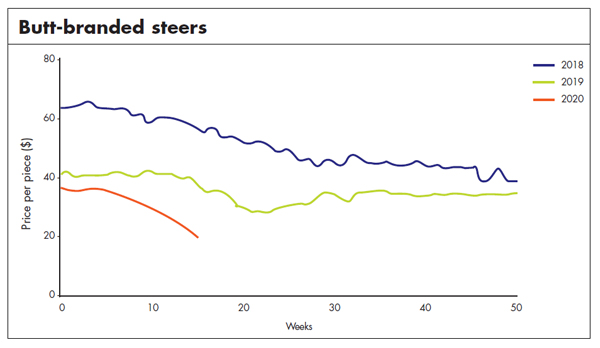 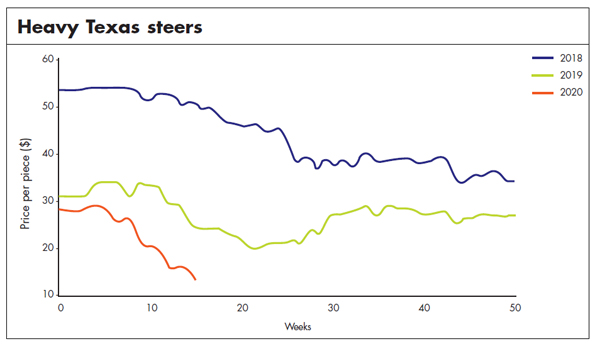 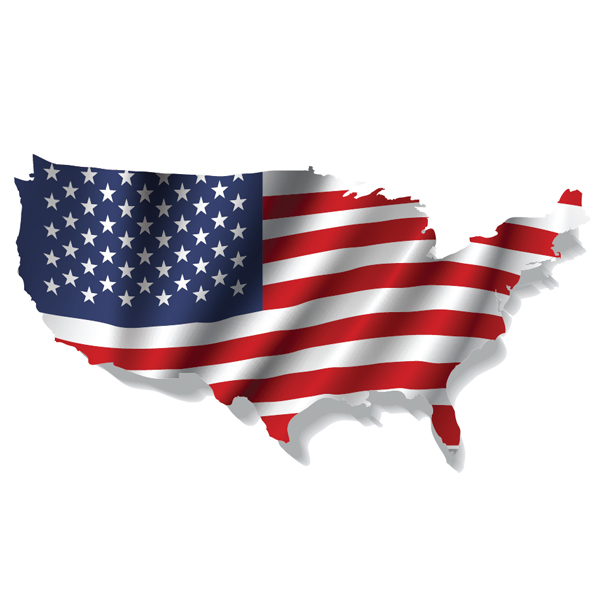 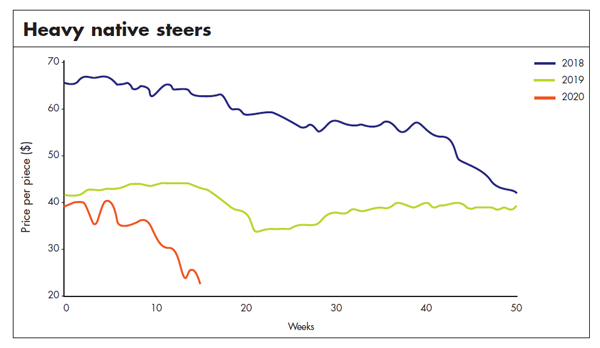