July was an odd month for the US hide market. In the early days, prices had eased off the recent highs as demand lagged. Still, producers reported being well positioned. By mid-month, increases were generally impossible to achieve and the market was steady at best. In the last week, it was already trending downward.

Heavy Texas steers fluctuated in July. Seasonal weights were selling from $22.00 to $25.00. Colorados slipped a little to sell at $21.00–24.00. Automotive hides held their value until the last week as some customers were buying a little more actively. Heavy native steers, in fact, made some modest gains and were selling as high as $41.00 for seasonal weights before dropping a dollar in the final week of July.

While the cow sector started out the month as a bright spot, by the end of the period prices were much weaker. Upholstery tanners in China had slowed activity and pushing prices higher was not possible.

US beef exports set new volume and value records in May, topping $1bn for the fourth time this year, according to data released by USDA and compiled by the US Meat Export Federation (USMEF). While pork exports were well below last year’s large totals, shipments were the largest of 2022 in both volume and value. US lamb exports continued to trend higher, led by growth in the Caribbean and Mexico.

“For US beef exports to maintain a $1bn-per-month pace is tremendous under any circumstances, but it is especially remarkable given the strong US dollar, continued shipping and logistical challenges and the economic uncertainty our industry and international customers face today,” said USMEF president and CEO Dan Halstrom.

West coast shipping congestion continued to ease but, in late July, truckers striking at the Port of Oakland caused disruption. They were protesting California’s gig worker labour law. A two-year legal stay was recently lifted when the Supreme Court decided not to hear a case that would have protected truckers from the impact of the law.

Securing equipment was still a big issue for US hide sellers. At least a looming freight rail strike was averted in mid-July. US President Joe Biden signed an executive order creating an emergency board to help resolve the disputes between major freight rail carriers and their unions. The order was just days ahead of a threatened strike.

Sellers started July still pushing for higher prices. As the days went by, however, their fire began to fade. In fact, prices eased a little off of their June highs for a number of reasons. First, most high-priced sales were logged on small volumes. In addition, new sales were difficult and the back and forth with customers took longer than usual to come to an agreement – or not.

Ultimately, there was just not enough demand to support higher market levels. Orders were slow for many tanners. In fact, some sellers expressed concern for what July would bring overall and what the state of US hide sales will be by the end of the month. Along the way, some automotive customers were signalling a glimmer of hope, but furniture sales were on the decline and footwear orders were not what they should be. The outlook for consumer demand remains murky and for the hide market also.

Gas prices may be easing and a recession in the US is not certain, but the global economic situation is still difficult. For the time being, it appears that demand will remain depressed.

Some sources who attended Lineapelle in New York in mid-July said that only the luxury brands are very active and cited Italian tanners who noted that other segments are still very slow.

What a difference a year makes

In July last year, the US hide market was at the peak of 2021 prices. Some steer prices were nearly double what they are currently. Oddly, despite cheap prices, the 2022 market is again seeing low demand, but for a host of different reasons. Some hardly need explanation: the Ukraine conflict, shortages of chips and parts, inflation, China’s Covid policy, for example.

With regard to sales, then as now, some packers reported a few modest price increases. The negative is that those prices were on small volumes. In fact, producers said a big concern was the lack of volume on bids at any price. Others had to take a little less to make the sales.

So far in 2022, the trajectory of the steer market has followed that of 2019. If it continues for the rest of the year, the market will move sideways for most of the period and this is what many sources are expecting. We’re now halfway through 2022 and, in July 2021, we were marking an astounding recovery period for hides. That brought prices back up to levels not seen since Q1 of 2018. Another year, and another very different market. 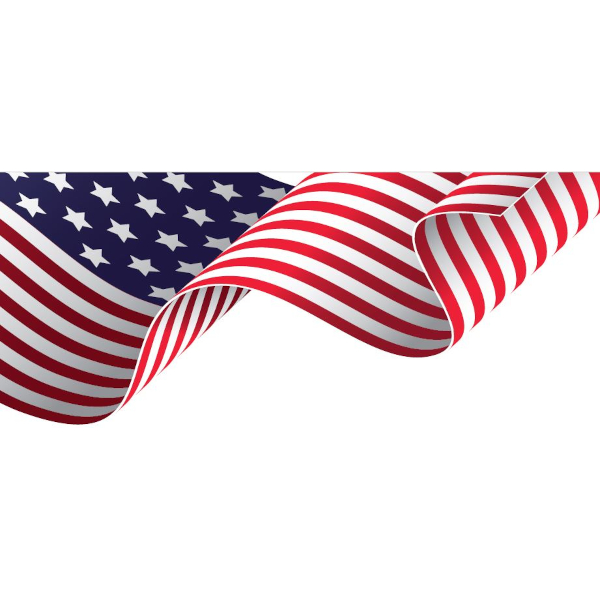 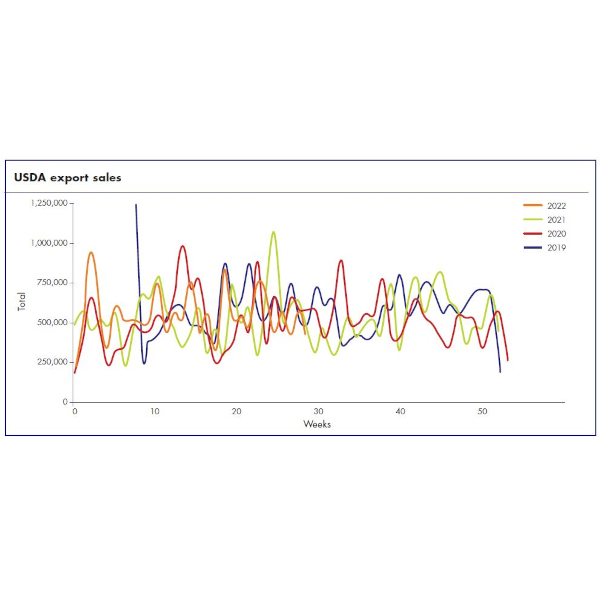 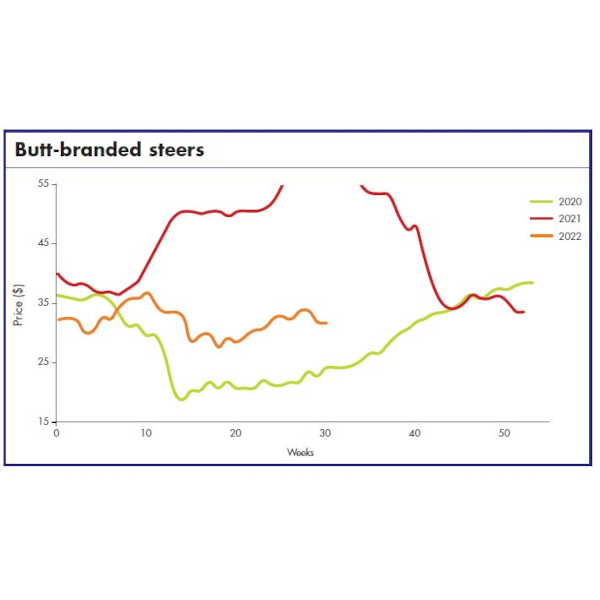 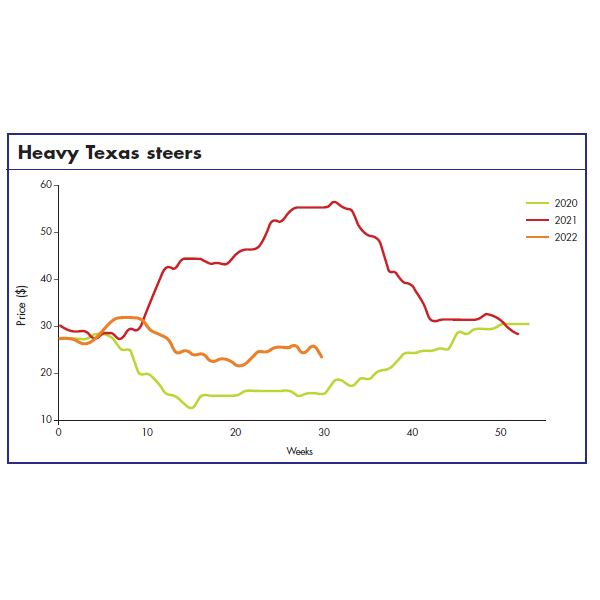 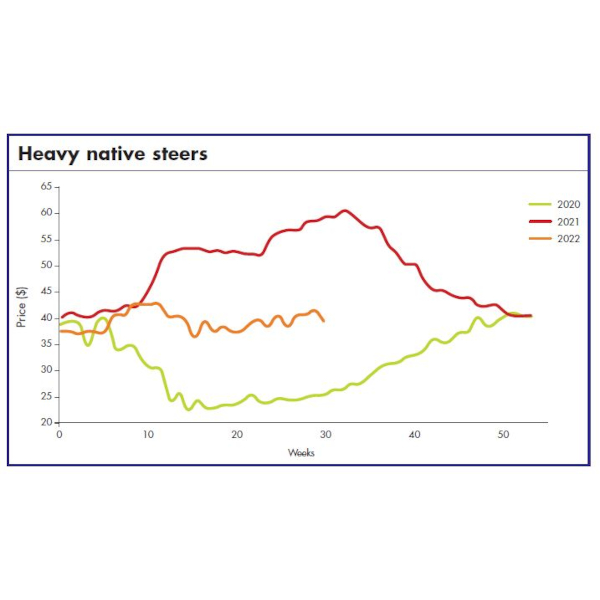 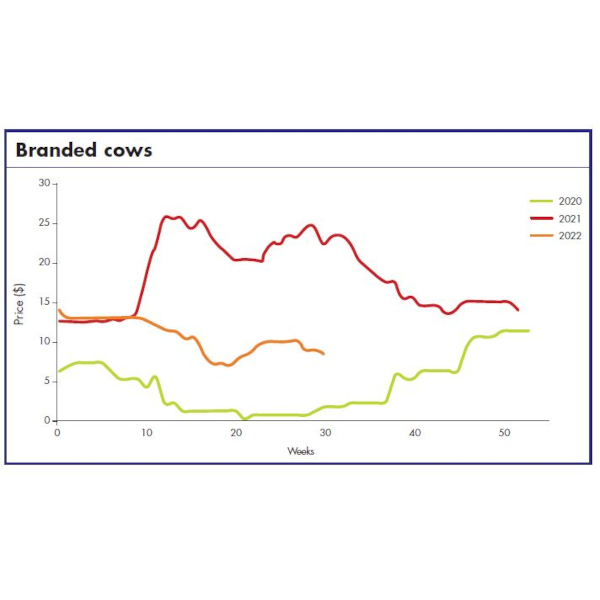 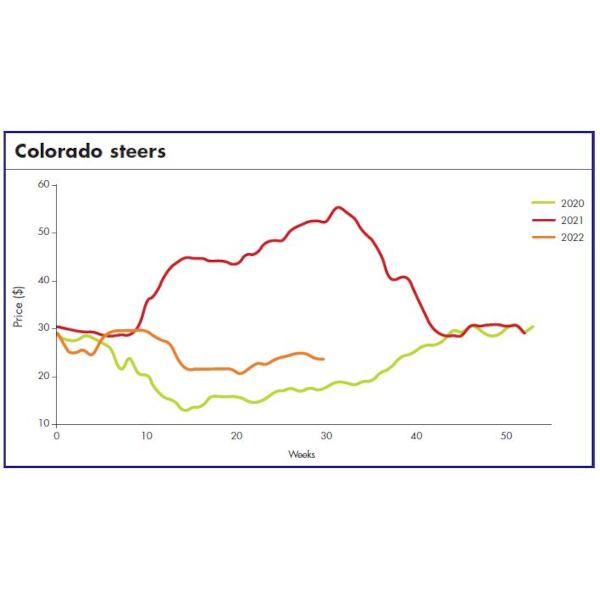 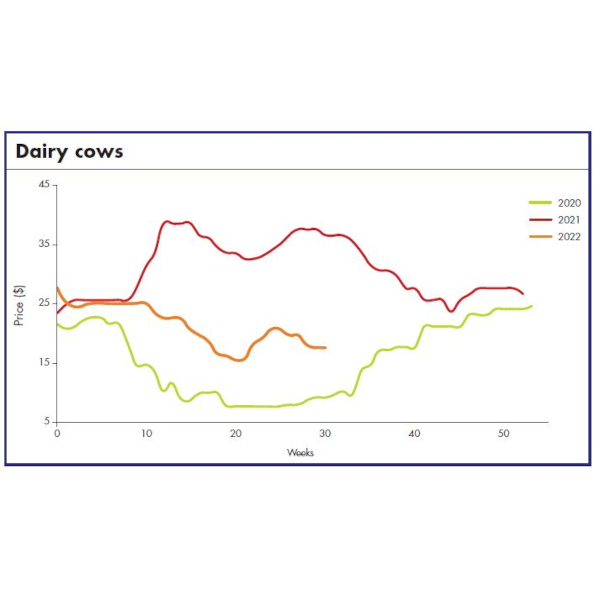 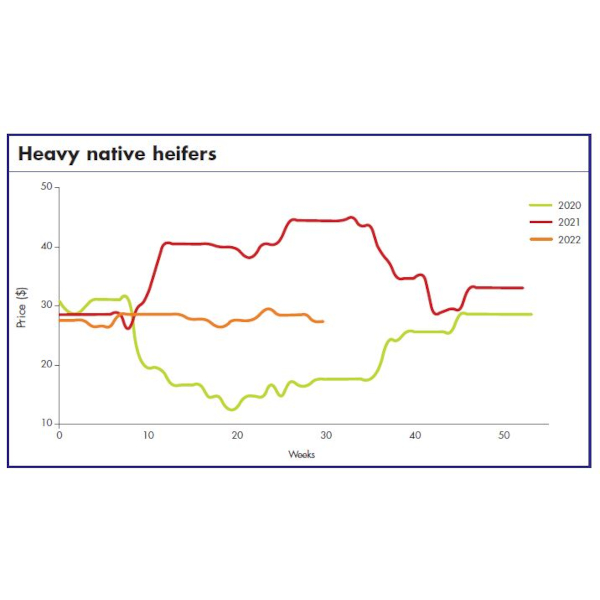 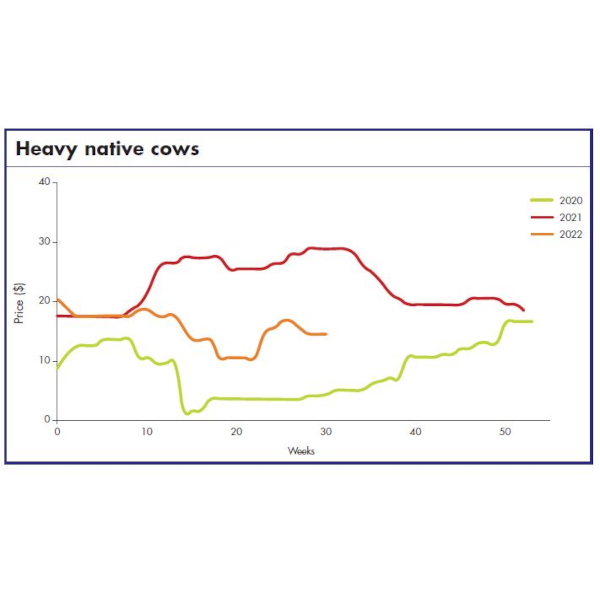