After dramatic price increases in March, the US hide market moderated and was relatively stable through the remainder of the spring, aside from some typical ups and downs. By the start of June, the most interesting aspect of the steer market was the shifting focus of demand from selections for automotive uses towards branded material favoured by footwear tanners.

Trading in heavy Texas steers had been limited for some time and that continued to be the case. Consequently, as demand from footwear tanners increased, prices did too. Trading in Texas saw seasonal weights move as high as $47.00. Other selections benefitted from higher demand for footwear material as well. Branded steers, also known as Colorados, were higher at around $46.00. This uptick in demand was accompanied by a decrease of sales for the automotive market and a lack of interest for heavy native steers in particular. The drop came because of the continuing shortage of computer chips for cars and related production slowdowns instituted by major automotive manufacturers.

The US cow market was not as fortunate, as the dramatic price increases pushed customers to the sidelines: they were reluctant to buy more at the higher price levels that had been established. Interest started improving at the end of May, but it was clear that for the time being prices would not.

“By the start of June, the most interesting aspect of the steer market was the shifting focus of demand from selections for automotive uses towards branded material favoured by footwear tanners.”

The shipping problems that had been a serious issue for the industry throughout the start of the year were still a major factor, and weekly figures did not improve by a huge amount. As mentioned in the previous report, buyers who could provide transport and take a volume of hides promptly continued to benefit when it came to prices.

The road to recovery

Looking back to April and May last year, hide prices, sales and shipments were all greatly affected by the outbreak of Covid-19. Although the situation is not so bleak now, some of the export sales and shipment figures for spring 2021 were still lower than expected, particularly when it came to raw hides. For the month of April, weekly raw hide sales averaged 293,325; not only was this the lowest monthly average for the year so far, but also the lowest monthly average since January 2018. To put this into even more perspective, the April 2021 average was 39% lower than the previous month. With regard to wet-blue sales, weekly figures were down 17% from March, with an average of 123,950.

While the situation was still challenging, average shipments have shown a slowly increasing trajectory over the three months through April and there was a small amount of improvement compared with the same period last year. Average weekly shipments in April 2021 reached 387,150, which is 4% higher than the March average and the high for the year to date. Weekly wet-blue shipments in April averaged 129,700, up 9% from March 2021.

The USDA’s monthly Cattle on Feed (COF) report for May 1 showed that, for US feedlots 1,000 head or larger, the COF total was 11.725 million head, 104.7% of a year ago. April placements totalled 2.017 million head, up 27.2% over April last year. Although it is not surprising that there has been an increase, as placements were severely cut last April due to the impact of Covid-19 on cattle markets, this was still a 6.4% improvement on the average forecast by analysts. Marketings came in 0.8% below the average forecast. This meant the May 1 COF total was 525,000 head above the May 1 total last year and the second-largest total for the date. The COF total was also 1.0% above the average forecast.

After the significant rises in US hide prices, producers were able to set up good positions and ease any pressure to sell. Then came several weeks of few, if any, offerings and very low sales; this led many to comment that the strong market was becoming questionable and that seller positions were most certainly much shorter than they had been. Nonetheless, producers continued to insist that steer prices were steady. Even some of the most optimistic sources said that both buyers and sellers would be pressed to do some business. Of course, the big question was at what price. Speaking of price, some sellers said that steer prices might sag, but by no more than a few dollars. For cows, however, buyers were looking for larger declines in order for volumes to move. While some correction was inevitable, given how fast and furious the price increases were, no one wanted to see the cow market drop back to recent untenable lows.

“More Covid-19 vaccinations will help other countries open up to a greater degree, improving sales.”

Other global regions had stabilised and, in the US, once prices could adjust and firm, the market was hoping for an extended period of stability. In fact, interest did pick up on cows, but bid prices were below last sales and the month did end with prices sagging by a few dollars. At least the decrease led more buyers to step back into the market.

During May, confusion reigned in the steer market as prices remained softly steady for several weeks. The market did not really see a real downward adjustment as a whole and the drop of up to $5.00 that many expected did not materialise. Despite plenty of rumours about sales taking place at lower prices, customers said those lower levels were not available to them. Throughout the month, sellers described the market as disjointed and directionless.

Looking at some numbers, they certainly painted a picture that conflicted with the steady price levels being seen: in mid-May, there was a gap between year-to-date slaughter and sales of more than two million pieces. Of course, the validity of the weekly figures came into debate, as is usually the case: delayed reporting and some sellers who do not report at all can skew the figures, making them less and less reliable.

The standoff between buyers and sellers had producers standing firm, insisting on nothing less than steady, while customers – especially in China – didn’t need or want more hides at those prices. At the same time, Chinese buyers were reportedly scooping up stock in other parts of the world. Increased purchasing in Europe was noted and some large-scale buying in South America was also reported. Together with the stock they already had, it was enough and buyers in China weren’t rushing back to purchase hides in the US.

In the end, some sources argue that footwear demand is weak: that might have been the case at the start of June, but reports say that it is expected to improve in the second half of the year. More Covid-19 vaccinations will help other countries open up to a greater degree, improving sales. In addition, the domestic Chinese market is expected to have a good season for boots and the launch of US infrastructure projects will increase demand for work boots. Moreover, cattle supplies elsewhere are likely to remain tight, further supporting prices. 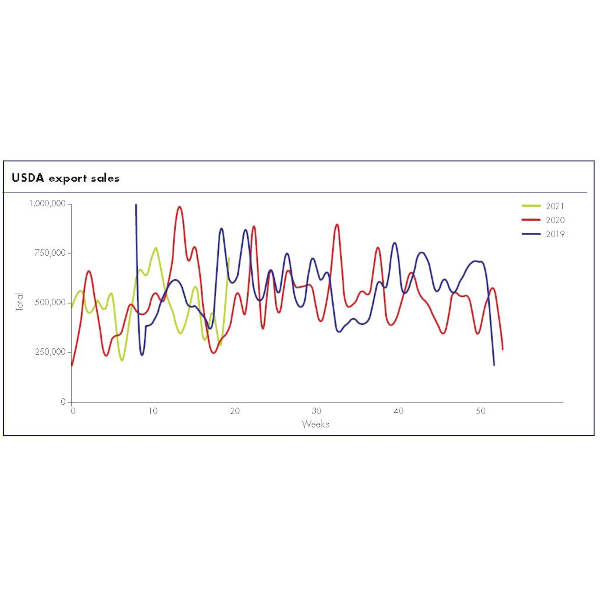 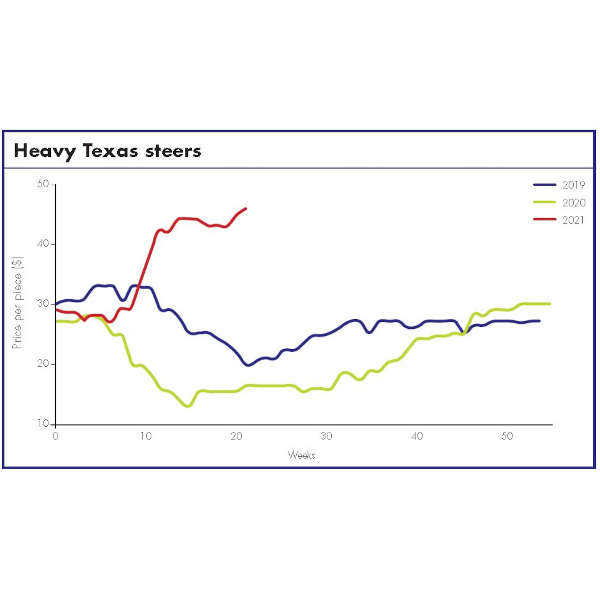 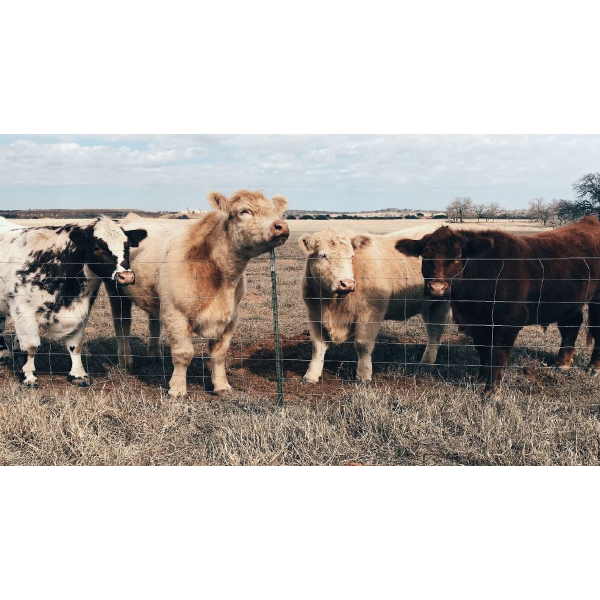