Multinationals Nike and Adidas continue to produce knockout revenues, but smaller sports footwear brands are beginning to punch above their weight as overall production in Europe declines. Andrea Guolo reports.

Do you remember the first Mike Tyson boxing matches, when the US champion knocked his opponent down in a few seconds and they didn’t even have the strength to get up? Something similar is happening in the footwear business, in the clash between sports and informal shoes: the weight difference, the muscle mass – the gap between the two contenders is huge.

Just as significant is the gap between the interests of the players that confront each other in a market that continues to grow with a sneaker orientation. One figure is worth more than myriad other considerations: combined, Nike and Adidas in 2018 had revenues of just over €55 billion; €21.9 billion by Adidas in the fiscal year that closed in December and €39 billion by Nike to the end of June for 2018/19. By comparison, the entire Italian footwear industry, which continues to represent the most important production centre in Europe specialising in formal shoes, is worth just over one third the turnover of Adidas – with everything that comes with it in terms of investment capacity in technology, communication, marketing, retail and digitalisation.

There is no challenge today and there will always be less in perspective. According to data presented by PricewaterhouseCoopers (PwC) to the assembly of Assosport, the Italian association of sporting goods producers (which was held in Milan the day after the assignment of the 2026 Winter Olympics to the Italian city in tandem with Cortina), the next five years will see an average annual growth of more than 7% for the sportswear market – from an estimated €280 billion in 2018 to €397 billion in 2023.

The share enjoyed by top brands, while relevant, is not as overwhelming as we might expect it to be. Nike is the market leader with 15% global market share, followed by Adidas with just over 11%, but behind it is a whole group of new brands capable of reducing, despite their revenue growth, the shares of the pursuers of the two sports giants. We are talking about names unknown in the West but already established in the East, where the most significant growth in revenues is occurring: if in fact the US CAGR 2013–23 index is 6% and the UK index rises to 10%, the highest level among Western countries, while China reaches 12% and India even 22%.

This leads, on the one hand, to the affirmation of local brands such as Anta Sports and Li Ning Company in China, which represent the third and fourth local players in a market that in 2018 is worth €33.7 billion and in 2023 will be worth over €56 billion. On the other, in India, the situation is extremely fluid to the point where Adidas, Puma and Nike combined do not reach 8% market share in sportswear. According to PwC, this means that those able to intercept consumption trends in similar markets could succeed in challenging the giants, focusing on agility against their muscle mass.

But the challenge, in the footwear sector, risks being limited to sport, because for various reasons (lifestyle, fashion trends, cost containment) the formal model today is not only inferior to the sporting one, but often cannot even enter in the ring.

“Talking with the luxury brands, with which we work, they tell us that the only industrial companies to invest in new warehouses and high-tech machinery are those that produce sneakers,” says Siro Badon, an entrepreneur in the Brenta Riviera, near Venice, former president of the local association of footwear manufacturers and recently appointed chairman of Assocalzaturifici, the Italian national representation.

According to the values reported by the European Footwear Confederation (CEC), the share represented by Italian production is equal to about one third of the total in Europe, where in 2017 shoes were produced for €27.3 billion by 21,000 companies for a total employment of over 278,000 employees. The latest data from Italy confirmed a consolidated trend: less production, more value. In 2018, in fact, Italian companies collected €7.8 billion, which rose to €9.5 billion considering the export of production made in Italy to that made outside Italy and traded, but the number of pairs produced decreased from 190.7 million to 184.3 million.

The quantitative reduction trend is dramatic, if we consider that at their historical maximum Italian companies produced more than 500 million pairs, and the direction is tending to zero. In all this, the specialisation on formal product certainly applies, because Italy has not remained a stranger to the sneaker phenomenon: just think of the production that Gucci achieves through its factories and subcontractors, or the birth of big subcontracting players such as De Cristofaro in Naples or Leo Shoes near Lecce, founded in 2011 from the ashes of the then giant Filanto – a production partner of Clarks and other international brands – which grew by 70% annually thanks to production of up to 1.6 million pairs of sneakers and revenues of €110 million in 2018.

>20 million
Pairs of shoes sold by Ecco across 88 countries each year.
Ecco

Or the Golden Goose phenomenon, which produces with its own brand in the Riviera del Brenta, a shoe that has become iconic, the one with the gold star imprinted on the upper: from €186 million of revenues in 2018, Golden Goose forecasts €500 million by 2021. Despite these examples, less is being produced in Italy, with growth of just a few decimals of a percentage, precisely because the dynamics of sport cannot compensate for the decline in formal footwear.

“The phenomenon of the growth of the sneaker has displaced the balances in an incredible way and everything has happened very quickly,” says Badon. “But there is another basic reason; Italy, on the formal shoe, is not competitive in terms of costs – and I am not referring to China. We cannot even compete with Romania and Portugal, which are also part of the EU.”

Competition in Italy is affected by taxes applied to labour costs, of which Assocalzaturifici has repeatedly asked for a reduction in order to be able to play the game on an equal footing in the international scenario. Then there is the whole question related to the protection of the ‘made in’ and the mandatory brand of origin, which sees in Europe a contrast between the northern front, led by Germany, and the Mediterranean one, with Italy and Spain among the most aggressive supporters of the transformation into law of the favourable orientation expressed by the European Parliament on April 2014. However, the issue has been substantially excluded from the agenda of the Commission chaired by Jean-Claude Juncker and will hardly be reinserted in the new one that will take office from 1 November.

Moreover, the Italian situation is shared by the other large producers remaining in the European territory. In Portugal in 2018, 84.2 million pairs were produced, a slight increase compared with the previous year, but only thanks to the price lever, because the average for exported pairs was €22.5 (-4%). Apiccaps’ president Luís Onofre, recently appointed to the top of CEC, highlighted how the Portuguese producers are in any case experiencing a more positive phase compared to Spain and Italy.

The three countries altogether produce the majority of European production, along with the contribution of the contractors or directly controlled factories based in Romania, Slovakia and, if we consider the non-EU states, in Serbia, Albania and then up to Ukraine.

The future is predictable, but up to a certain point. Mike Tyson seemed unbeatable and destined for a long career as the undisputed leader of boxing, until his sporting and human affairs took a negative direction. Analysing the current market, the sporting trend seems destined to command for several seasons and there are also those who speak of a structural change of style, as if the formal shoe were destined to become a niche and the sport destined to the role of dominator of the mass market.

But things change and nothing excludes a return to formal, perhaps more oriented to casual, with leather soles and uppers worked starting from leather, as we have seen, for instance, in some of Pitti’s stands in mid-June. At that point, Europe could re-enter the race but only if it has faced the right physical preparation.

Pasquale Della Pia, a producer from Naples, was with former CEC president Cleto Sagripanti, the main promoter of the World Footwear Congress held on 3–5 April in the city of Vesuvius. The training gym, on that occasion, was identified on the themes of sustainability and digitisation.

“We are moving towards a world, and consumption, that is increasingly attentive to environmental aspects, and we must be the best in this area, exactly as our leather suppliers have done, reducing pollution and recovering waste,” says Della Pia. “In footwear we will intervene with the recycling of leather waste and eliminating all traces of plastic from the packaging.”

As far as digitalisation is concerned, the reference point for footwear manufacturers is not so much Amazon or Zalando, as linked to the mass market and price. The example that counts is that of Luisa Via Roma, a concept store that, by enhancing the online business, has managed to achieve growth by enhancing the brands from which it is supplied by accompanying them to new markets, far from its boutique in the historic centre of Florence.

However, if the stylistic trend does not change, the only scenario that opens is that of the productive fall in Europe. In the absence of some measure of protection of the manufacturing system, it will be inevitable to see the almost total shift of production towards Asia today and to Africa at a later time. 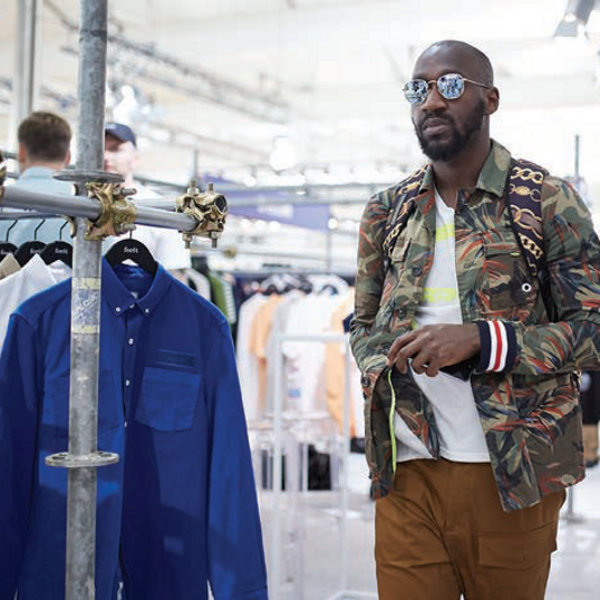 Pitti Immagine Uomo remains one of the world’s most important platforms for men’s clothing and accessory collections. 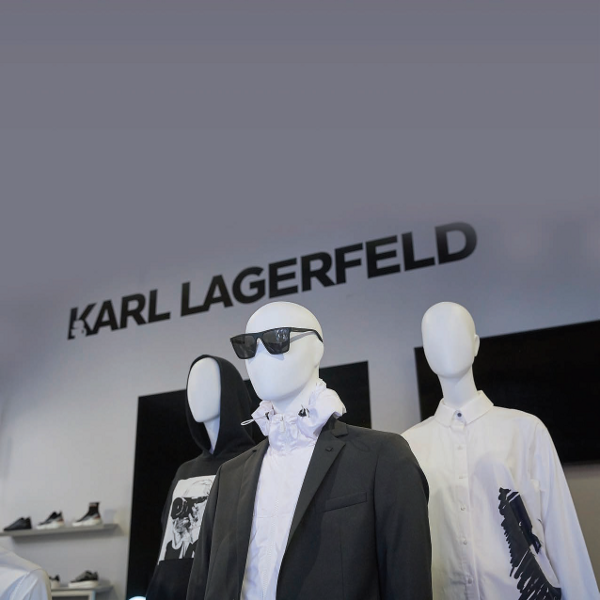 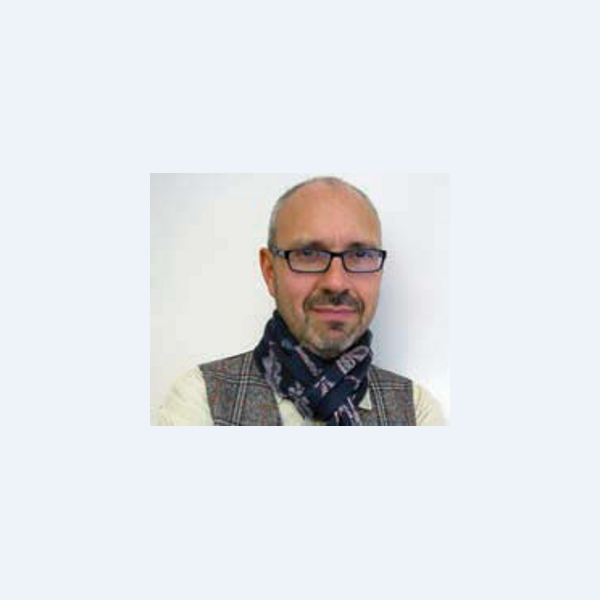 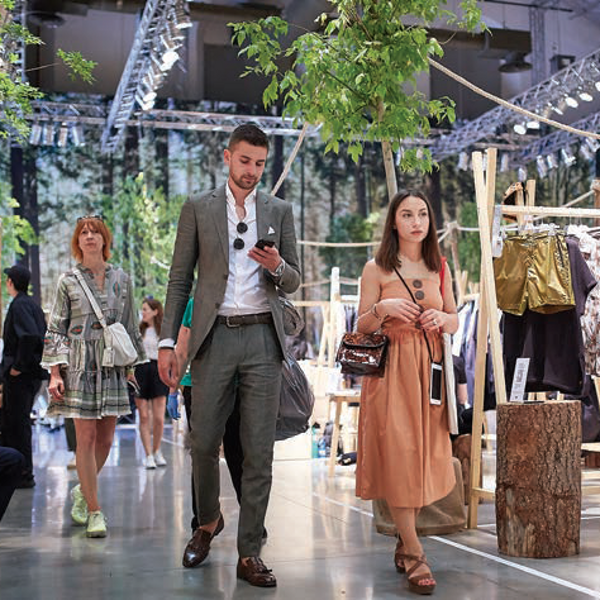 Leading-edge footwear was on show at Pitti Immagine Uomo.
Post to: