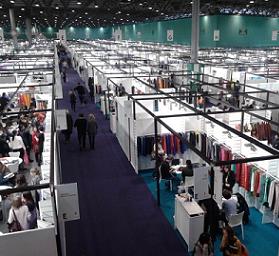 Cuir à Paris, which launched in October 2001 by SIC SA, has been a tour de force for high-end international fashion and design industry professionals, and has an annual turnover of about €6 million. Première Vision SA and its subsidiaries had a consolidated turnover of nearly €49 million in 2013.

During a press conference, Marc Brunel, show manager of Cuir A Paris mentioned that while the fair has seen substantial growth, they won't sacrifice the quality attracting top exhibitors, and will maintain exclusivity and space rather than squeeze in more exhibitors. This was a sentiment echoed by Première Vision president Philippe Pasquet, who said that the show has to reflect the highest quality fashion market and not expand just to accommodate tanneries in developing nations.